Allan Barber notes the market fundamentals for sheepmeat are very fragile and unlikely to improve in the short term; there are even question marks over the long term

Allan Barber notes the market fundamentals for sheepmeat are very fragile and unlikely to improve in the short term; there are even question marks over the long term 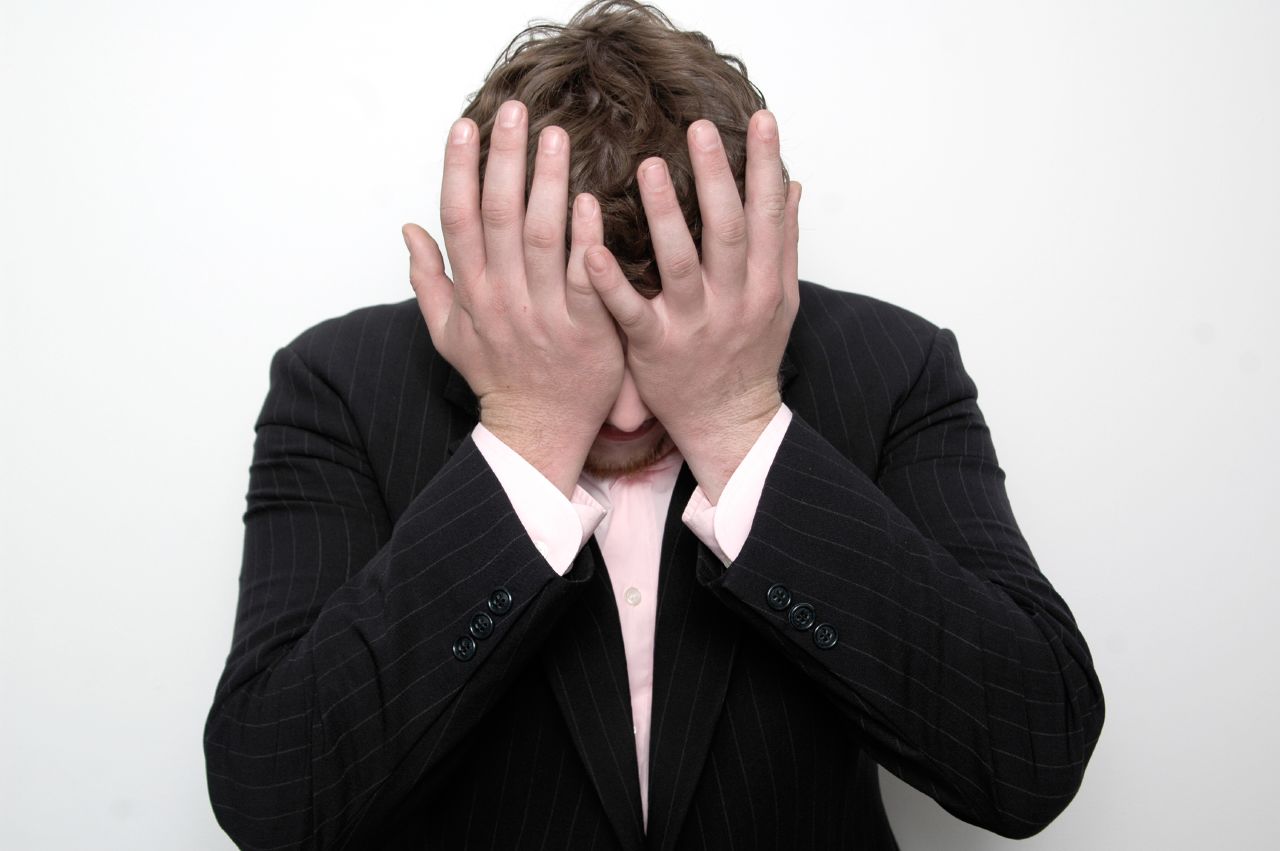 Not surprisingly farmers are dissatisfied with the state of the sheepmeat market.

The impact of drought has brought about a near 20% increase in the kill for the first quarter in a season where the full year lamb kill is forecast to be 1.7 million lambs below last year.

Consequently this season, already characterised by a falling schedule, will come to an early finish. Meat processors will need to manage their capacity and seasonal plant closures very carefully if they are to avoid incurring unwanted costs. From the farmers’ point of view, uneconomic prices for lambs are accompanied by a lack of killing space for ewes, of which there are plenty waiting for capacity to free up.

Unfortunately the beef market is also on the way down due to lack of demand from the USA, although there is a more positive feeling about the New Year. Firstly the present schedule, although well down on last season, is still historically quite high and there is expectation the Australian cattle kill will decline substantially from last year’s level. We have also started a new quota year.

But, as Rick Powdrell pointed out last week (Farmers Weekly 19 January), none of this provides any hope the market will recover in the immediate future. He rightly says the sheep industry is under threat now, not in five years time, and something has to be done to change the sector’s inevitable cycle of occasional boom and regular tendency towards bust.

Powdrell’s suggestions included getting closer to the British industry in an attempt to build demand, rather than slagging each other off. His heartfelt plea was for the New Zealand industry to stop sitting on its hands continuing to do the same thing year after year with the inevitable result that nothing fundamentally changes. He wants to see “bold leaders emerge from the shadows.”

I sympathise with his frustration, but it’s very hard to see where the improvements are going to come from. After all, bold (or at least new) leaders have emerged at the two largest meat companies; but the global economic situation is fragile, with no confidence China has yet avoided a hard landing; Europe is still locked in nil growth; traditional retail, notably Tesco and other supporters of New Zealand lamb, are losing business to discounters like Aldi; and finally New Zealand farmers are still bound by the dictates of the weather, the seasons and the grass cycle. It is difficult to see how this last factor will change without serious scientific innovation.

Rather than wringing its hands and, in MIE’s case, persisting in the belief merging the two cooperatives will bring about a miracle, the industry should pray for a dramatic increase in immigration. In contrast to Australia, our main problem is the 85-90% of meat production that must find a market overseas. If 50% of the market was domestic, the whole price situation would be much easier to influence, even control.

There are only two main times of year when exporting large quantities of chilled product is possible – the narrow windows for the European Christmas and Easter trade. There are opportunities for chilled lamb and prime beef to other, mainly food service, markets at other times of the year; but the harsh reality is, apart from domestic consumption and niche market opportunities, New Zealand product must be frozen. If looked at from a domestic consumer’s perspective, frozen product is less desirable than fresh, so small wonder the price is not always at a premium.

It is lucky there is such constant demand from the USA for lean hamburger beef, all shipped frozen; otherwise beef exports would only be a fraction of what they have been for decades. Much of that beef comes from the dairy industry, but miraculously the prime beef schedule is always consistently within 10 cents a kilo of the bull schedule. That one fact drives the whole beef market, both store and prime. What would happen if the Americans suddenly developed an urge to lose weight and stopped eating hamburgers is too dreadful to contemplate.

Unfortunately the sheepmeat market has nothing that resembles the popular demand for beef, whether in North America or the rest of the world, particularly China.

Therefore the root of the sheep industry’s problem is its enormous success ever since the first shipment of lamb to the UK in 1882. The availability of a temperate climate and an eager market for our lamb throughout the next 80 years, much of it processed and exported by British companies for sale in British butchers, was supplemented by demand for wool which peaked in the early 1950s. A false sense of security, induced by SMPs and Meat Board price setting, meant sheep farming continued much as before until the mid 1980s.

Since the removal of subsidies New Zealand sheep farmers and exporters have done a superb job of improving productivity, weights and quality, while developing new markets for the industry’s output. But a permanent solution to the problem of variable and mostly inadequate farmer returns has proved elusive. The debate about how to solve it has focused on the damage caused by procurement competition as a result of too much processing capacity and a belief farmer ownership of the industry will enable control of the value chain.

There is no evidence farmer ownership on its own would improve or even maintain the present unsatisfactory situation. Massive investment in research, new product development and new ways of reaching consumers is necessary, but it won’t come cheap and may not succeed.

Farmers must either rely on the present imperfect industry structure or discover a new business model to capture greater returns from the global market.

Allan is right there is a fundamental lack of global demand for our product and its hard to see where the light is. If the industry keeps muddling along in a disjointed way without an obvious plan it will continue to fade into irrelevance. The plight of the dairy industry is major news while the demise of the sheep industry is now but a footnote despite it still being a significant export contributor. Lower average indebtedness and low interest rates are all that is stopping a trainwreck but this is now a zombie industry.

Could be worse Shaggers, you could have converted.
The only solution I can see is to run as low cost a system as you possibly can.
My farm had a value of 40x earnings, council says it still does, some how I doubt it.

THE END OF AN ERA CROWN DAIRY FARMING ANNOUNCEMENT: We are at the end of an era of crown dairy farming introduced from England. The reason for this prediction is Queen Elizabeth is at the end of her reign here and Independence is on the horizon for New Zealand. When you buggars have lived in your own little selfish world of farming slavery for only 4 generations ONLY, to find FULL LAND RETURNS to Maori Tribes must be UNDERSTOOD....this will affect all False reported estimations even above. Mass science chemical poisonous spraying land not only affected, the airways, but water table poisoning water evaporation, waterways poisoning. Destroying native swamps, deforestation of native trees, wildlife extinction, planting toxic weeds spreading its seeds, planting toxic trees, you people you pakeha's will be held accountable. EXCLUDING INDIGENOUS MAORI IN YOUR PLANS....is your downfall. Im preparing you for whats ahead because your own media publicly refused to report FACTS.

Go easy there RM. Coming here with loud rhetoric that is unlikely to be delivered on won't get much of a sympathetic ear. If you are going to be provocative at least make it intelligent, informative and well articulated. Not every grievance in history is rightful, or gets redress if it is.

Good advice Scarfie but I suspect you would have better luck teaching your cat calculus.

"Chinese ordering more and more clothing and food through daigou in Australia.

Because China's customs clears perishable food quickly, cherries, mangoes and peaches can get to their destination within 72 hours.

Recently Ms He has been buying seafood and Australian-grown fruit from agents who package it up with ice for shipping."

"...the industry should pray for a dramatic increase in immigration. In contrast to Australia, our main problem is the 85-90% of meat production that must find a market overseas. If 50% of the market was domestic, the whole price situation would be much easier to influence, even control."

Well it's still bloomin expensive to buy here so how much more do you intend to charge for lamb in this imagined utopia? I suspect most people will be way too poor paying horrendous rents and mortgages not to mention increased taxes needed for the increase in infrastructure. What a silly suggestion.

Yep. so they'd be able to rape NZers wallets and charge what they fell they deserve to get. Then carry on over-paying for a farm with a tax free gift for retirement, that is delusional IMHO.

I don't see the problems sheep meat are facing as being an industry problem, look at oil, dairy, mining, there are massive deflationary pressures in the world. The world is at at debt saturation levels after years of low interest rates and now the bubbles are deflating. Low debt is the answer. If you have high debt you are probably bankrupt but just don't know it yet. Check out the chinese stock market 30/12/15 it was 3572, today 2655. JK's infrastructure spend is not going to stop what's coming.