AFFCO shines as it gains support from farmers by focusing on efficiency and market success, winning it additional quota allocation

AFFCO shines as it gains support from farmers by focusing on efficiency and market success, winning it additional quota allocation 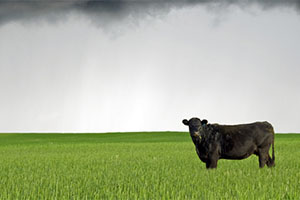 The release of the 2016 quota allocation which Alan Williams analysed in detail (Farmers Weekly 11th January) show some considerable shifts in tonnage entitlements between the major meat exporters.

The quota is allocated as a percentage of the total allowable quota for shipment to the EU for sheepmeat and USA for beef during a calendar year; in the last two years New Zealand has only filled around 75% of the EU quota and 90% and 98% of the USA beef quota.

This shortfall, especially for sheepmeat, has been a result of the lower lamb kill, economic conditions in Europe and the availability of China as an alternative market eager for product at a competitive price. In 2014 China also took large quantities of beef.

The figures are particularly significant when the three year moving average nature of the allocation system is taken into account. This means the annual quota breakdown is based on one third of the change in each company’s tonnage production for each of the previous three years. As a result of the volume changes for the last two years the big mover in sheepmeat and to a lesser extent beef has been AFFCO which gained 4,400 tonnes and nearly 2,800 tonnes respectively year on year.

These increases suggest an annual production gain between 2014 and 2015 of 13,200 tonnes of sheepmeat on a reduced national kill and 8,400 tonnes of beef. Some of the sheepmeat increase can be attributed to the impact of new processing facilities in Southland and Canterbury with beef also benefiting from the Malvern plant. These gains appear to have come directly from the two South Island cooperatives and against an industry backdrop of large dairy conversions at the expense of sheep and beef.

Although it is impossible to calculate exact annual revenues for AFFCO which doesn’t publicly disclose its figures, an assessment of its overall volume and value gains suggest it has overtaken ANZCO which has experienced a relatively small gain in sheepmeat offset by a small loss of beef share. In fact AFFCO has probably assumed the mantle of the second largest meat company from Alliance because of its much more equal balance between sheep and beef. Profit from beef has been far more reliable than from sheepmeat over the last two years.

However I can’t imagine Alliance will be particularly upset by this change in pecking order because its main preoccupation is with making a success of its position in the far south as New Zealand’s only remaining cooperative. Its main objectives are to continue to meet the needs of its member suppliers and to revamp its business by cutting $85 million of excess cost out of its overheads. This will be achieved by efficiencies which ought to have been implemented already, not by sucking it out of farmers’ pockets as one disaffected supplier suggested recently.

Silver Fern Farms has seen its sheepmeat tonnage fall by 8,000 tonnes or 14% since 2010; however this loss of share has been offset by a considerable gain in beef which has actually increased by a similar amount in both tonnage and percentage terms.

While this analysis may appear to be of no great significance to anybody except the boards and senior management of the companies, it is important from a couple of perspectives.

The improvement in the relative strength of privately owned companies at the expense of farmer owned cooperatives has several causes, but it suggests a growing number of farmers are voting with their livestock. There are other reasons such as dairy conversions and lower sheep numbers, offset by larger quantities of dairy origin cattle whose farmers may belong to a dairy cooperative, but feel no need to belong to another for their meat processing.

It is also possible single focus beef or sheepmeat companies like Greenlea, Ovation and Universal may be more successful and therefore more attractive to a farmer looking to maximise the value of his or her output. Processing efficiency is another factor to affect relative strength, as demonstrated by AFFCO’s recovery since Talley’s acquired the whole company.

Talley’s key focus has been on ensuring all the plants are maintained right up to the highest standard and at the same time demanding best practice industrial contracts. This hasn’t won too many friends, especially among the union and the media, but the livestock market share gains, illustrated graphically in the latest year’s quota allocation, suggest farmers actually like dealing with a highly efficient processor. This certainly wasn’t the case 20 years ago when AFFCO was hanging on by its finger nails, trying to modernise its plants while rescuing its balance sheet.

It is well known SFF, with the exception of its Te Aroha plant, has a significant amount of upgrading and rationalisation to do, while Alliance’s admission it must spend $85 million on cost reduction indicates a similar problem.

The conclusion from this analysis of the quota allocation results appears to be very logical. Farmers prefer to deal with winners who may not necessarily always be the highest payer, but are seen as efficient and successful, as well as providing security of payment for livestock. 2016 will be interesting, first to see when the OIO will announce its decision about Shanghai Maling’s bid for 50% of SFF and secondly when SFF and Alliance will begin to address their cost structures.

We may see some evidence of this when next year’s quotas are allocated.

Anyone supplying Affco is doing so against there own best interests. While you have to admire the Talley's ruthless and focused business strategies they are actually doing huge damage to the industry. As Allan points out there business model is about cost efficiencies that allows them to pay up at the farmgate when procurement is required. What also makes them competitive is that they don't put any resources into marketing whatsoever they just sell as a commodity via traders for best price on the day and hope to make a margin. Problem with that is that the companies that are trying to play the long game and develop some added value often see that investment undermined by Affco undercutting them to make the sale. When profitability is so low its tempting for farmers to take best price on the day and hold bragging rights over their neighbours but having that extra 20c/kg today comes at the cost of the industry working its way towards a more sustainable future.

Your view is a commonly held belief about AFFCO's tendency to rely on a low cost commodity approach to their business which, for all I know, may contain an element of truth. However I asked the company for a response and was told that AFFCO actually exports the highest percentage of chilled product of any company.

I can't comment about what it pays for livestock, but it would be surprising if it can offer a 20 cent a kilo premium while still making a profit. As you know Talley's is not in the business of losing money.

Allan, in fairness I have heard AFFCO claim that chilled proportion stat. The relevance to me is what is the relative $/kg for said chilled product and are they merely winning on price?My understanding is there marketing dept is a couple of people on a computer trading price on the day. That is a perfectly legitimate business model but in comparison other companies are attempting an added value strategy which is a long game and can be easily undermined by a competitor with a day trading mentality. Therein lies the frustration with the industry.

I am a simple man, and I sell to AFFCO because they consistently give me a higher price than any other company, and don't try the silly rubbish other companies try and pull.
A Greenlea buyer came and saw me and said we should agree to sell him all our cattle, and then he would tell us what the price would be which is a prime example of the nonsense farmers have no time for.