Breaking news:
RBNZ to be made to consider house prices when setting monetary policy - Read more

Allan Barber wonders why it took the SOE so long to action a change of strategy toward high value consumers, suspects it's making a virtue out of necessity

Allan Barber wonders why it took the SOE so long to action a change of strategy toward high value consumers, suspects it's making a virtue out of necessity 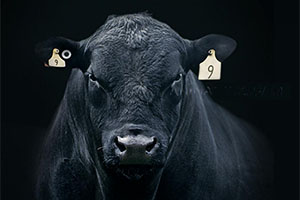 Landcorp’s announcement it is canning its ridiculous plan to double its dairy production near Taupo, just after it announced it would embrace sheep milk production, means even the largest farmers have to look at their options for the future.

Admittedly Landcorp’s decision has been dressed up as a major contribution to the environment instead of an economic decision based on the appalling current return from dairy.

CEO Steven Carden appears to have experienced a conversion like that of St Paul on the road to Tarsus which makes me wonder why Landcorp thought converting all the Waikato Pastoral lease farms to dairy was a good spread of risk, let alone environmentally acceptable in the first place.

Although I am sure there has been plenty of midnight oil burnt strategically since the milk payout started dropping through the floor, Landcorp’s sudden announcement asks us to believe the lesser capital spend, the Pamu brand and the diversion of land into dairy support and sheep milking will produce a better end result financially than the original plans to convert to dairy. Then there is the environmental benefit as well which we are expected to believe is the main reason for the change in direction.

It seems to me this is making a virtue out of necessity because ploughing on with a massive investment in dairy in the present economic situation would have been foolhardy. This prompts the question what would have happened if the conversion had already taken place before the collapse in the milk payout.

In that case Landcorp’s board and management would have been left with egg plastered all over their bodies because the shareholder’s tolerance for a much larger loss than one of up to $12 million just signalled for the 2016 year would have been seriously tested. Furthermore there would have been scant credibility in Carden’s claims about connecting “the food we produce on our farms with high value consumers around the world” or exceeding “their expectations about how that food is produced, whether it is the standard of care for the animals, the people who work on the farm, or the environmental impact of producing that food.”

It is also worth noting Landcorp’s recent decision to terminate its contract to manage Shanghai Pengxin’s dairy farms at the end of the 2017 season. This ties in neatly with the decision to concentrate on high value niche products under the Pamu brand, but two things puzzle me about the decision. Firstly it was claimed to reduce capital expenditure when it would appear to be only a management contract and secondly it must have been profitable in the first place, so why is it suddenly better to get out of the arrangement? Presumably the staff freed up can be redeployed.

I may be unduly sceptical of the reason for these changes in direction which appear to be logical and justified by the desire to improve the value of Landcorp’s output and strength of its brand as a responsible citizen. But it would have been more convincing if it hadn’t happened two and a half years into a deep dairy downturn using the justification of a belated recognition of the problem from phosphate loss and leaching ever more nitrates into the waterways.

If I were the shareholder, I would have expected an earlier response to the dairy downturn, greater justification of the returns from the new value added strategy and a less apparently precipitate change of strategy.

http://www.stuff.co.nz/business/farming/77806924/Funding-boost-for-North... Government still wasting money on trying to intensify farming. What planet are they on? Is this just a long term plan push to corporatisation, and backrupt more local farmers.

Nathan Guy needs to cut back on drinking coffee