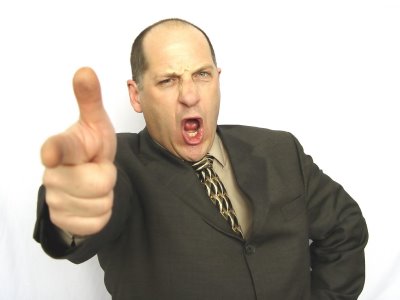 Fonterra’s succession of ultimatums to its suppliers smack of ham-fisted bullying and incompetence.

The company’s first ultimatum was to push payment terms out to 90 days for a ‘small percentage’ of its New Zealand suppliers in line with its global practice , followed by an invitation to attend Dragon’s Den type negotiating sessions in which it has served notice it will demand 20% price reductions.

There is nothing wrong or sinister about a customer trying to negotiate better terms of trade as a means of increasing efficiency, but in Fonterra’s case the company appears to have completely ignored the value of proper communication and relationships with its suppliers. Many of these will be contractors that have devoted resources and valuable service over a number of years; these contractors will be an integral cog in the life and prosperity of the rural communities they serve and live in.

These communities will in many cases earn much of their living from employment at the Fonterra plant, dairy farming and supplying the plant and service contracts to maintain the plant. The trickle down effects of the campaign to screw suppliers in an attempt to bolster profitability may end up having unintended consequences for Fonterra.

There is already a growing sense New Zealand’s largest company, only two years ago seemingly a benchmark for excellence and the rock upon which our rock star economy was founded, has lost a significant amount of the respect it commanded.

Its inept performance in 2014/15 when it failed to justify adequately its poor profit performance at a time of low milk prices saw some of the lustre disappear; the lower dairy payout suggested dairy was just another commodity. But the recent payment terms debacle, when first the CFO and now the CEO have tried to pretend these are normal business practice and only apply to 15% of suppliers, has reinforced the impression Fonterra is a bully. This has now been confirmed by the blackmail invitation to suppliers to come to the party or else be fired.

These tactics also suggest incompetence. Theo Spierings’ statement at the announcement of the half year’s result indicated a cash flow of $50-70 million already achieved from deferring payments. Without knowing the details, it is difficult to assess how accurate this figure is. But if one takes into account the deferred terms and the enforced contract renegotiations, it gives a very strong impression of an out of control contract management system. Why on earth didn’t Fonterra make sure its contracts represented value for money before suddenly holding the contractors to ransom?

Spierings stated Fonterra suffered a competitive disadvantage of $150 per tonne on its route to market costs, as well as having to wait six months to be paid. Presumably the freight disadvantage doesn’t apply to the company’s competitiveness out of New Zealand or Australia, but its position relative to its European competitors which will be closer to some, but not all, markets. For example freight to China is likely to be no more expensive out of New Zealand than Europe and possibly cheaper.

It can also be argued management incompetence is responsible for six monthly payment by its customers. While it is some years since I was involved in exports from New Zealand, I have no recollection of large groups of customers holding back payments for six months.

So an unavoidable conclusion is Fonterra is trying to put up a smokescreen which will distract attention from the low milk payout, its less than stellar performance and its bullyboy tactics towards its suppliers.

The almost certain outcome will be the loss of respect from the public as a whole and quite possibly an increased rate of milk supplier defection.

I hope Fonterra will take a serious look at itself, but I won’t be holding my breath.

And I recall chants for the meat industry to put together a Fonterra like structure. Silence now.

The fact is farmers are better off with competition. Would farmers be better off if Fonterra was split up and sold?

So they could add inefficiencies into their supply chain and be bid off against each other in the market place. Just like the roaring success that is the meat industry!

I hear what you are saying . Neither is remotely perfect. But which is worse?

Its about evolving the structure they already have, as it is the only one that has maximising the return to the farmer shareholder as its primary motivation. Its highly unlikely foreign multinationals are motivated by making NZ dairy farmers rich. Dairy farmers to their credit have intrinsically understood that and by and large stayed loyal to the co op model.

That's not to say Fonterra doesn't have to do better and I am as appalled as anyone at the payment terms treatment of small businesses, its a huge own goal in regard public sentiment. I watched aghast at John Wilson on Q&A yesterday offering up a very bland and media trained set of responses in justifying their actions and effectively doubling down on the strategy.

S.S, I agree with you in your sentiment that NZ farmers will only ever participate in adding value to their product if they work together in a traditional cooperative model. However despite the necessity to be agile, nimble open to evolution so on and so forth, there are cooperative values and principles that need to be understood and respected by shareholders, mainly around fairness and equality, and no amount of corporatised sugar coated rhetoric should be allowed undermine them.
Fonterra shareholders do not understand that, we have been hijacked by our own ignorance, external agendas (govt and finance industry), and inept leadership since inception, and we are heading toward a fragmented and globally weak industry, that some advocate as being competitive.

Omnologo, Im not a shareholder so not really qualified to comment on the validity of your claims. My main concern is not seeing the baby thrown out with the bathwater and Fonterra being captured by corporate (probably foreign) interests. I would be interested to hear what you, as an actual shareholder, see as the solutions for Fonterra's future strategy?

I am left with a growing impression Fonterra is desperate and without ideas.

How much money is Theo being paid to run Fonterra into the ground?

Shooting themselves in the foot with suppliers. And everything else probably.

With no farming background whatsoever, perhaps I just don't understand, but in light of recent events, I fail to see why dairy farmers are so protective of Fonterra's much vaunted co-op structure.
From my viewpoint, it looks as though the supposed shareholders have little control over the decisions taken by senior management, many of which appear to have been ill-judged.
Perhaps I am being over harsh, but how many farmers have the skills necessary to run multi-million dollar businesses? Environmental issues? As a townie-and tramper-I want to see some serious prosecutions over pollution to get the message across that it's not ok to keep polluting NZ's waterways.

Fonterra is too scared to prosecute its dirty farmers as they will lose suppliers, the company actually
Was set up wrong in the firsr palce.It hadnt actually deserved to be made a monopoly.It was gifted the keys to the kingdom, but it had no clothes on....

When I was a plant manager I used to treat my suppliers as an extension of the company I managed, they were a very valuable part of the operation. They would all go the extra mile when it came to delivery and it made my life a lot easier. However I was also a supplier and in my 3 years as a plant manager I had 3 customers who started to behave like Fonterra. It usually happened with a change of management with a new guy trying to make name for himself. As soon as I got written conformation of price reductions and drawn out payment schedules the “Dear John” letter would be sent immediately by courier. The letter would be as follows.
Dear xyz, In regard to ref 1234 May 19/16. In regard to the terms you set down concerning price reduction and delivery schedule we regret that we can not accept and request that you remove our company's name from your approved vendors list at the earliest opportunity, this will prevent inconvenience to both parties. Should you require emergency services we will gladly assist you in any way we can but must stipulate that the terms of payment will be COD.

In Fonterra's case I would not offer emergency service and would cease to do business with them permanently. My reasoning is that they have cash flow problems and I would not put my company's wellbeing at risk.