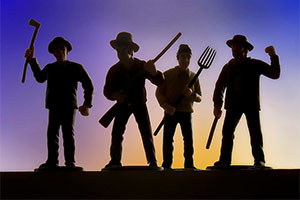 Trying to get a fix on the justification for the requisition to the Silver Fern Farms board has been a bit puzzling.

If the situation is as cut and dried as the company’s media release claims, it isn’t entirely obvious why a group of 80 shareholders, including at least one past SFF chairman and former directors, would go to the expense and effort of requisitioning a special meeting and preparing a campaign to persuade fellow shareholders of its justification.

To gain a better understanding I decided to ask one of the group’s frontmen, John Shrimpton, to explain to me why he is so passionate about attempting to overturn what appears to be almost a fait accompli.

He said the requisitioning shareholders view the Shanghai Maling transaction as far from a done deal and lacking proper shareholder approval. He is at pains to emphasise the group has no desire to disrupt or damage the company’s business, while making it clear its members have great respect for the hard work done by Rob Hewett, Dean Hamilton and all employees to deliver such an impressive result last season, especially on debt reduction. But they have serious concerns about the proposed transaction and how it has been pursued with shareholders.

In its 1 May media release the company states any resolution at the special meeting would not be binding and would have no legal effect, because the transaction has already been approved by a turnout of 67% of eligible shares voted with 82% in favour. Also the company claims it has signed a binding contract which requires it to complete the deal as soon as regulatory approvals are obtained.

With all due respect to Shrimpton, it’s hard to see how this requisition and the process of preparing for the special meeting can fail to have a disruptive effect on the business, especially if the shareholder vote fails to ratify the previous decision. However he and his group feel strongly there is more than a matter of principle at stake here, as the proposed transaction involves selling 100% of the company into a JV which SM will hold a controlling 50% stake. It does not mean the sale of only 50% of the company which may not have triggered the “major transaction” clause.

The Information Pack sent to shareholders in 2009 seeking approval for changes to the constitution to enable the introduction of new capital and a new governance structure contains some passages relevant to the present situation. It states, ‘A special resolution is required to make any amendments to the Constitution, or to enter into a “major transaction”. A major transaction involves the acquisition or disposition of assets which exceeds half the value of Silver Fern Farms’ assets prior to the acquisition or disposition….” The next clause states, ‘A special resolution requires approval by a 75% majority of the votes of all Shares carrying voting rights on the resolution and voting and must be supported by a majority of the votes exercisable by Current Suppliers and voting.’

Shrimpton questions why, according to the notice of 28 September, the company spent $7 million of shareholders’ funds, presumably on a complex and opaque restructuring involving several new subsidiaries being set up after the announcement of the transaction, and what precise purpose this served. If the sole purpose was to avoid the sale of the whole business being considered as a major transaction, he wonders how this could possibly protect shareholders’ interests or be in the best interests of the company.

Shrimpton further suggests a contract entered into without proper shareholder approval would be voidable, meaning it has no effect. He also considers another basis for the contract being voidable is if it can be demonstrated shareholders were induced by misleading representations to approve the proposed transaction.

The nub of the requisitioning group’s arguments concerns the way the proposed transaction was presented to shareholders.

Apparently many of them voted in favour of the October resolution, but have subsequently changed their minds when presented with the facts. One concern arises from the 28 September notice to shareholders announcing the special general meeting on 16 October and financial forecasts it contained. When the actual year end results were announced after the October vote, the net profit was almost double the forecast and net debt some 20% lower. In Shrimpton’s opinion these were materially different. Surely a company of SFF’s size should have had much more accurate information about the year’s financial performance two days before the year end and ought to have advised shareholders accordingly.

Another concern which arises directly from the extent of the improved performance is occasioned by the respective equity ratios and debt levels of SFF and Alliance. The group finds it hard to believe the banks would have withheld banking facilities, as threatened, when SFF’s debt was lower than Alliance’s and its equity ratio superior. Alliance’s seasonal facilities were apparently renewed without issue, although two of the banks are common to each company’s banking syndicate.

We will probably never know the banking syndicate’s reasons, although I would guess SFF’s banks would have been seriously influenced by annual performance volatility compared with Alliance’s more consistent performance. There may also have been a view 2015 was as good as it was going to get in view of inventory reduction and future livestock volume forecasts. This has already been borne out by Hewett’s statement this year’s result will be materially worse than last year’s, although budgeted profit was nearly twice as high.

It appears the shareholder group has a valid reason for asking several questions which deserve clear answers from the company.

The board undoubtedly views this as an irritant, but in the interests of shareholder democracy full disclosure ahead of the special meeting will be really important.

It would be ironic if the long awaited OIO approval came through, but the shareholders changed their minds and voted not to approve the transaction. This would seriously test the legal opinions of each party.

Supplementary Q.
What did the banking syndicate know, when and told by whom?

At least shareholders/voters now know that the current board and executives have little to no regard for the constitution, It will come down to whether they think this is important !!!

I have to admit I was quite surprised that so many people voted in favour.......there are a lot of people wanting a slice of of NZ's co-operative structures and I thought farmers would see through the issues being presented at the time.........

Need to get rid of the suspicion that matters were opacified to the point of misleading the shareholders to get a vote pushed through to favour the SM deal going through.
Hard to believe the CEO really had such little idea of the real profit and debt situation.

It would be interesting to know what financial information was given to Shanghai Maling when they were doing their "due diligence" for their intending purchase.

It is a bit late investigating the issues now AB....after all you seemed to be promoting this agreement back here which I have just re-read.......your article back then only looked at one side of the discussion and benefits and now well after the voting was done farmers find out that there was some serious flaws in the provisioned information.......it is all very well pointing out the merits of foreign ownership but how much tax are those foreign owners going to pay in NZ??
http://www.interest.co.nz/rural-news/77618/allan-barber-points-out-shang...

Bang on Notaneconomist. Short term thinking wins the day every time in New Zealand. There is no doubt in my mind that shareholders had the wool pulled over their eyes by a slick and misleading presentation and in no small part aided by shallow analysis by the likes of Mr Barber. The banks and Goldman Sachs have played everyone, including the board for fools.

I see Winston on TV tonight slamming the FMA decision not to prosecute and threatening to call in the lawyers. I suspect there will be more to come.

Yes FMA drive by evaluation seems troubling.
At least get out of the car fellas....