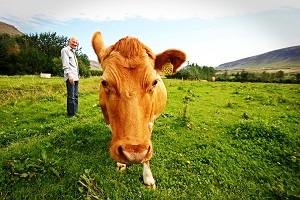 Farm prices eased back in May although dairy farm prices went against the trend and showed a surprisingly strong gain, according to the latest rural sales figures from the Real Estate Institute of NZ.

Compared to the three months to May last year it was down 4.1%.

Grazing properties had the highest number of sales, accounting for 35% of all farm sales in the three months to May, followed by finishing properties at 22%, horticulture blocks 17% and dairy farms 12%.

"Demand for quality beef and arable farms is greater than supply, indicating a widespread shortage of listings, and sales values for kiwifruit orchards are confounding all expectations," he said.

The lifestyle block market remained exceptionally buoyant, with the number of sales and median price both hitting all time highs.

There were a record breaking 2518 lifestyle blocks sold in the three months to May.

That was up 22% compared to the same period of last year, and was the highest number ever recorded since the REINZ began collating the data 20 years ago.

The median price of lifestyle blocks also hit a new record high of $575,500 for the three months to May, which was up 2.8% compared to the same period last year.

I have reported Lakewood or is that lakewook

Hey you are advertising just like a scam, Lakewood or Lakewook or whatever you call yourself.

This Lakewook seem like a decent company, and 2% loan... mmmm... maybe it is time to buy that real estate investment!

Only a fool would have bought a dairy farm in the last year, prices are coming down wait and see where it goes from here

Well probably, but farmland is hard to come by. The right soil type, aspect, contour, facilities....price is not always the be all and end all. Sometimes opportunity must be taken when it presents itself. And it can turn on a dime...the minute that gdt does a significant rise....all bets will be off again....sigh