Rural News
Allan Barber says next season will be murky for farmers, processors, or exporters as the risks pile up even though in the longer term, the fundamentals are positive 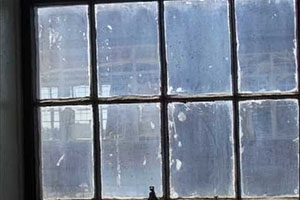 Last month I took a positive look at the prospects for New Zealand’s sheep and beef producers, based on the long-term outlook in global, especially Asian, markets.

I drew attention to some caveats including market access, seasonality, exchange rates, the robustness of the cool chain and fluctuating demand. But what a difference a month makes!

In the short-term the outlook for next season looks considerably murkier as a consequence of global uncertainty which has caused the New Zealand dollar to move in a direction diametrically opposite to economists’ forecasts. At 73 US cents, 56p and 66 Euro cents something has to give. At the moment when plant throughputs are low, processors are paying what they must to secure supply to cover commitments, but at those procurement prices they will be losing quite a large margin and cannot continue doing so for long.

Meat companies do not tend to buy much foreign exchange cover other than what they need to cover commitments at their current procurement cost; banks view forward cover beyond this to be speculation, as it would equate to gambling on the direction of exchange rate movements.

The latest performance alert comes from Blue Sky Meats which has released its 2016 annual result for the 12 months ended 31 March and its after tax loss of $1.957 million contained a salutary lesson in the change from the previous year’s profit of $1.24 million. At the pre-tax level there was a negative swing of $4.46 million because of the effect of the income tax loss in the 2016 year.

Although closure for a planned plant capital upgrade at the company’s Gore beef plant adversely affected its ability to process cull cows when they were available, sheep meat processing also failed to contribute to profitability. In his report to shareholders Blue Sky’s chairman Graham Cooney lamented a number of factors including under-utilisation of assets, the challenge of handling peak throughput while providing a 12 month service to suppliers and payment of cartage and third party procurement costs. These last two costs are not recoverable, but are a fact of life in the deep south.

This neatly sums up the recurring difficulty of operating efficiently and profitably in the New Zealand meat industry. Blue Sky’s result covers a later period than ANZCO’s December year and the two cooperatives’ September 2015 year, suggesting it may be a better predictor of future industry performance for the present season and probably next as well. However, Silver Fern Farms chairman Rob Hewett’s warning in March of a materially worse result than budgeted was an early admission of the disappointing nature of the current season.

Since Hewett’s early warning global conditions have become less predictable which makes the SFF requisitioning group’s position even less tenable than before: if the group achieves its objective of preventing the Shanghai Maling deal from being finalised, the onus will fall back on shareholders to stump up enough capital to fund the company through yet another downturn. Even though SFF is confident the requisition has no chance of success, it would be helpful at a difficult time if this uncertainty were removed.

There are several uncertainties facing all exporters, not only meat exporters, not least of which are the strong dollar and economic uncertainty in most of our markets. Not long ago the US Federal Reserve was about to start lifting interest rates as a signal the economy could finally cope without quantitative easing (or printing money), but this now looks most unlikely to happen this year or even next. US beef prices are static and show little sign of increasing, although supply from New Zealand and Australia is low. Importers are nervous of being stuck with large inventories in case the price drops further.

The UK has voted to leave the EU, but that is the only certainty about Brexit. Negotiations haven’t even begun yet because the UK government must choose the point to activate Article 50 when the clock will start ticking on the two year exit timetable. Except no country has done it previously, so nobody knows if it will take two years or ten to complete the process. In the meantime, uncertainty is forecast to result in a recession in the UK which may also spread to the anaemic EU economy, producing a detrimental impact on our lamb exports to New Zealand’s most important market.

On a positive note, demand for lamb and mutton looks increasingly buoyant in countries other than Europe. China’s sheep meat purchases have increased in both volume and price this year, although Australian exporters’ share of imports has risen at New Zealand’s expense. Prices on some items have risen by 25-30% which is encouraging. But the Chinese economy has yet to prove it can avoid a hard landing, while its central bank is busy devaluing the yuan at a rate which will cause more than Donald Trump’s eyes to water.

The Middle East, a traditional consumer of sheep meat, shows signs of willingness to import from New Zealand, while EU member Poland’s lamb imports have increased by more than 50% year on year, admittedly from a relatively low base. The rise in Polish consumption has been caused by higher disposable income and an 18.2% compound annual growth rate between 2008 and 2014, as well as a massive drop in lamb production from 5 million a year in the 1980s to 50,000 now. New Zealand is Poland’s biggest source of lamb imports, but the UK and Ireland come next with the UK increasing its share from 6.5% to 19% in the latest year.

Meat companies will soon be setting their budgets for the 2016/17 season and will not intentionally budget for a loss which means the cost of livestock will have to reflect current market conditions. This suggests a lower starting point than this year, but only time will show whether suppliers are willing to sell at the new levels.

Next season will not be easy for farmers, processors and exporters alike.