Farmer shareholders rejump one hurdle for a second time. Now the OIO hurdle remains. Then SFF management will need to show the benefits

Farmer shareholders rejump one hurdle for a second time. Now the OIO hurdle remains. Then SFF management will need to show the benefits 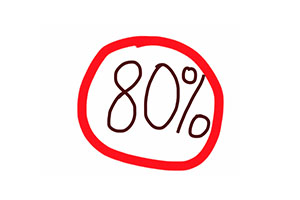 At today’s meeting in Dunedin, as soon as the result was announced, it appears John Shrimpton who led the requisition group shook SFF chairman Rob Hewitt’s hand and agreed that democracy had had its say and the campaign was over.

Not unnaturally Hewitt and CEO Dean Hamilton are elated and relieved that the road ahead is all clear, particularly as the OIO has confirmed it has received all the information it sought to enable it to make a recommendation to ministers. I have previously expressed the belief there can be no possibility of the ministers turning it down, unless the government has decided it is prepared to inflict irrevocable damage on the relationship with China. Nothing has since convinced me to change my mind.

The negative reactions to this deal demonstrate the entrenched positions that prevent any readiness to consider an alternative outcome which doesn’t correspond to the holder’s world view. I have found my critical faculties, if not my sanity, questioned by readers who don’t agree with my perspective that this deal will be the best thing for the stability of both company in particular and meat industry in general.

Like all things in life, once a decision has been made and actions taken to implement the outcome, no one can ever know what would have been the situation, if that decision had not been taken. So one side or the other can always say ‘I told you so.’

Those who predicted the loss of control of the value chain will always be able to claim things would have been so much better under continued shareholder ownership and control, while those in support of the merger will be able to point to the strengthened balance sheet and market benefits.

But in this case I honestly don’t think there will be a loser. The cooperative shareholders will continue to own 50% of SFF and will probably receive their share of the profits as well as a competitive livestock price and secure payments. Under 100% SFF ownership, they would have shared in a higher share of the profits, but these profits may well have been lower than those from the merged company, while payments for livestock may have been progressively less competitive and less secure.

Assuming the OIO and ministers approve the deal, I am convinced SFF will prosper under its new shareholding structure and will be able to share greater profits with its shareholders, both its Chinese joint venture partner and New Zealand farmers. The way is now open for SFF to show the positive benefits of an innovative business partnership and prove the doubters wrong.

Mr Barber, in your paragraph ""But in this case I honestly don’t think there will be a loser. The cooperative shareholders will continue to own 50% of SFF and will probably receive their share of the profits as well as a competitive livestock price and secure payments."
Can you explain the use of the word 'probably"
Is there some doubt over whether the 50% local shareholderrs will or will not receive there share of the profits from their shareholding? What gives rise to this doubt?

Jimmy, I think he uses the word probably because in the last six years I'm pretty sure that SFF have not paid any dividend at all to shareholders or suppliers. They have been jumping between massive losses and profits mainly derived from selling surplus land and assets. It will be great once the joint venture is established with our superb lamb and beef gaining premium prices on the chilled section of Chinese supermarkets, that we will once again see profits coming back to shareholders from the sale of product rather than assets.

Sheepish you don't seem to understand what farmers are paid will have no bearing on the premium SM are able to sell the meat for in their supermarkets. SFF do not get a share of the retail margin which is where SM will naturally seek to make their profit. Why would they pay you a cent more than they have to to secure your livestock? Remember who hires and fires the CEO.

"Probably" what a statement!

OK I wrote it very quickly and should not have added the word probably, but there are no guarantees of profits or dividends. However under the JV structure, SFF's interest bill will be much lower and profits will be greater than they would have been in 100% cooperative ownership.

Can you answer this question, please? Do you really think the Chinese Communist Government have taken control of Silver Fern Farms for the benefit of NZ and NZ farmers?

And I do sell my stock elsewhere. SFF has been poorly served by its heirachy for many years. So I bailed long ago. If they think now that its run by the chinese government I should feel any better about them they must be on weed. It would be the same if it was US owned and run. A mega country owning one of our biggest and most strategic companies. Perhaps its time we bolster the others and make this one less important. We will only find out the depth of their shrewdness in the depths of a drought.

Well, seeing as this has to go through the OIO (however much I see it as a mere rubber stamping exercise) it is clear that strategic asset selling is, indeed, very much the business of the whole country.

What about the $30m of taxpayer funds invested in SFF through the primary growth partnership scheme? Should the NZ Taxpayer be refunded that money and compensated for the IP that is being gifted away as a result of this deal?

Untrue Allan, the Grant Samuels report clearly shows that the dividends under 100% ownership are greater than under the SM partnership. That's what happens when you only get 50% of profits instead of 100%.... and that is forever. SFF shareholders have brought an absolute pup.

Sorry, what happened, we were just reading something

But even if readers do not care about southeast Asia they should still read "Asian Godfathers" because it's also the story of China today. Like southeast Asia's economy, China's economy is growing not because of but despite its tycoons. China's export economy (fueled by the technology of multinationals, the efficiency of local subcontractors, and the limitless supply of migrant workers) is booming, and it's covering up the gross inefficiencies, capital misallocation, and bad practices of the rest of the economy where tycoons (usually relatives of powerful government officials) monopolize a sector or a service, expand with public bank money or rip off shareholders, and spend so much time massaging guanxi that they have no time to focus on their core business (not that they would know how to run a business if they indeed had the time). Like southeast Asia, China also suffers from crony capitalism -- and it's a time bomb waiting to explode.

"Asian Godfathers" is a very important and insightful read for those interested in China.

What protections for kiwi jobs are there in this deal? Giving the Chinese a controlling interest can they ship whole carcus offshore for processing as is happening with our trees? You could argue meat works are heading towards automation, but someone still has to maintain robots.

I'd put money on it happening sooner rather than later.

There was an article in stuff a few weeks ago about four chaps who'd been brought in from China to work as boners/cutters in a meatworks because apparently we're supposed to believe the spin that there's nobody in NZ qualified to do it, despite the many, many meatworkers laid off from various works over the past few years.