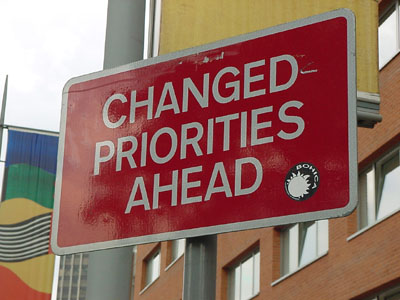 After many years of relatively low levels of expenditure on market development and promotion, the red meat industry faces a major challenge in deciding how best to create the desired image to appeal to the world’s affluent consumers. Currently expenditure is divided between generic promotion, funded by farmer levies, and brand advertising by the meat exporters, with a small amount of joint funding in some of the less mature markets.

Delegates at the recent Red Meat Sector Conference heard about the importance of telling a believable and emotionally compelling story built on the heritage and healthy attributes of New Zealand and its farming sector. But they were also challenged to make sure this story is constructed on credible building blocks of environmentally sustainable farm, animal welfare and processing practices.

Beef + Lamb New Zealand has spent several months conducting research among its levy payers and processors to determine what if any role the organisation has in market development. The firm answer from farmers is they want B+LNZ to be involved on their behalf in market development rather than promotion, specifically in ‘exploration of new market opportunities and leveraging the New Zealand story.’ Processors also agree with the need for a unified effort to open new markets, whereas traditional, developed markets tend to be characterised by more intense competition between brands.

B+LNZ is currently conducting farmer consultation meetings throughout the country at which the local directors present options for future investment in market development and for potential changes to the constitution. The reaction from the meetings will be analysed and incorporated into proposals to be voted on at the AGM in March.

Last year B+LNZ tried unsuccessfully to persuade the processors to agree to the creation of a separate marketing organisation to which each side would commit an equal amount of promotional funding. This year the farmer funded organisation has discussed different options with its farmer members and the processors which essentially boil down to devoting farmer levy funds to new market development activities while processor exporters will promote their own brands in mature markets.

B+LNZ sees four specific aspects of the programme which it will investigate and fund - market intelligence, development of the story, new markets and market segments, and crisis and issues management. The market development budget of $5.5 million will therefore have to be spread quite thinly across these different areas, although there is a suggestion the annual figure should be calculated over the six year referendum period and spent in a more strategic manner. But however you cut it, it isn’t a huge amount to spend at any one time.

In contrast New Zealand’s red meat competitors, such as Australia, Wales and Ireland, all spend significantly more than B+LNZ’s $6.55 per tonne of production on generic promotion – Meat & Livestock Australia spends nearly three times as much, while Welsh Lamb Promotion spends an eye-watering $52 per tonne, each generating a plus or minus 5:1 return on investment.  Obviously B+LNZ’s comparatively small expenditure generates a much higher ROI, but it must be questioned whether it could do a lot better if more were spent.

Farmer feedback indicates the lack of a coherent long-term marketing strategy and failure to engage with processors have created confusion and a misalignment of objectives. Farmers want B+LNZ to take leadership in developing the red meat sector story, while consultation with processors suggests they are supportive of a country of origin story which unites the sector as well as permitting processors to compete at the product level.

Farmers are ambivalent about the value obtained from annual expenditure on domestic promotion which is shared between processors, retailers and B+LNZ, ironically a similar model to the ideal scenario for some overseas markets. However, in a time of budget constraints, this may be seen as a tactical ‘nice to have’ rather than essential investment.

I understand there may not yet be total commitment to the proposed strategy from all meat companies, although it is not entirely clear whether this is disagreement on principle or on relative apportionment of responsibility. What is clear is B+LNZ’s realisation it must take a leadership role in developing the credible New Zealand red meat story and a long-term market development strategy because its levy payers demand it. This will achieve the additional key benefit of processor cooperation and support.

There is a small hurdle to be cleared – B+LNZ’s consumer research suggests all red meat from a region shares a brand, with consumer demand being positively affected by benefits associated with the country of origin.

If these research findings are reliable, they indicate to me the need for New Zealand meat processors to stop putting too many resources into their individual company brands until the hard work, and money, have been applied to developing the story and ensuring the claimed attributes are fully supported by the facts. Both sides of the industry, producers and processors, should surely combine intellectual and financial resources to create a storm-proof umbrella story under which individual brands can sit. B+LNZ’s budget is quite simply too small to do an effective job of promoting the New Zealand red meat story on its own.

However, at long last a clearer vision appears to be emerging of how to build a meaningful, credible and aspirational value proposition for the sheep and beef sector which has the potential to gain the support of all participants.

I'm surprised more emphasis on 'grass fed' is not put on NZ meats, that attribute is our number one marketing tool. Bonkers. Clean and green don't mean much if the cows eat corn, but even though most meat here is grass fed, it is not labelled as such! Grass fed meat fetches a premium in most of the world.