In disbanding MIE fires shots at everyone else over its failure to bring the change it sought. But the industry has changed substantially in other ways. Will farm-gate returns rise?

In disbanding MIE fires shots at everyone else over its failure to bring the change it sought. But the industry has changed substantially in other ways. Will farm-gate returns rise? 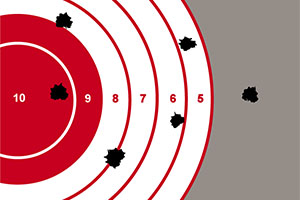 MIE’s decision to disband after three years trying to persuade the red meat sector it was going to hell in a handcart has come as no surprise.

But the organisation’s founders and directors are not unnaturally disappointed at their inability to gain support for their plan to solve the endemic problems of the industry.

MIE’s chairman Dave McGaveston has blamed everybody for MIE’s failure, including the government, directors of Silver Fern Farms and Alliance (especially the MIE candidates who were appointed to their boards), the rural media, Federated Farmers and Beef + Lamb NZ. The last named organisation actually provided nearly $300,000 of financial support for farmer awareness meetings, business plan preparation and production of the Pathways to Sustainability report. But it incurred MIE’s displeasure when it refused to provide further funding for a roadshow to drum up support for the group’s plans, correctly recognising this was beyond its remit.

There are several questions that arise from MIE’s campaign: was it doomed from the start? why were farmers so apathetic after the initial burst of enthusiasm? would farmer ownership of the processing and exporting part of the industry solve the problem of low returns and, if so, how? is foreign ownership really such a big issue? and lastly did MIE make any difference and how will the meat industry evolve without it?

The first two questions are closely linked, because ownership automatically implies investment of capital. Unsurprisingly farmers’ investment priority is their own farm, while further involvement in the value chain is traditionally through membership of their cooperative. The meat industry has tended to be less profitable than dairy, but there is no difference in principle between them. The practical difference is the obligation for milk to be collected daily which makes a contractual relationship essential for dairy farmers.

In contrast sheep and beef farmers are not compelled to send their stock to any one company, not even to the cooperative they belong to. Although it explains why there was apparently so much support at the beginning, particularly in the more cooperatively minded south, this is why MIE was attempting the impossible. The problems became obvious when farmers were asked to consider making more than a verbal commitment.

Most farmers agreed they weren’t being paid enough and almost certainly still do; admittedly the estimated savings in the report would have made quite a difference to profitability, if they had all been achieved, although there is some doubt how much was actually achievable. But it’s drawing a very long bow to translate all the savings from a ‘perfectly formed’ industry restructure into improved returns to farmers. It is also questionable how farmer ownership of the value chain could occur and whether this is necessarily the ideal industry structure.

McGaveston expressed his sense of betrayal by the actions of the MIE-endorsed directors on the cooperative boards saying they had ‘reneged on all their core values and pre-election promises’ by doing a total backflip on the group’s objectives. The less biased reaction is to conclude MIE’s objectives were idealistic rather than realistic and, once elected, the directors found the situation a lot more complicated than it appeared from the outside, unable to be solved simply by merging the cooperatives under recapitalised farmer ownership.

The main issue, apart from whether the coops wanted to be merged, was persuading farmers to invest their capital, assuming they could have put up enough to do the job, whatever that job was. As it has turned out, the outcome has been a combination of overseas capital in the case of Shanghai Maling’s investment in SFF and significant organisational change for Alliance, resulting in strongly improved balance sheets for both companies.

As SFF hasn’t yet received its capital injection, it’s too soon to judge the success of the JV, but the recent announcement of plans for a new further processing facility offers hope for future progress. Any profit will be shared between the partners which is logical, but 50% will still remain with the farmer owners who will be able to distinguish between their livestock returns and the added value component.

Alliance has made swift progress with implementing its new strategy which has several points of focus: extracting more revenue from the market, cost reduction, work safety, people capability, engaging with farmers and reinforcing its commitment to cooperative principles. Success in the first year has exceeded planned improvements, resulting in a higher profit and the prospect of a dividend to suppliers.

Therefore, foreign ownership is just one element of the meat industry’s structure which does not automatically mean transfer of wealth from New Zealand farmers; after all ANZCO has been majority owned by Japanese meat companies for many years and they have shown no sign of excessive wealth extraction. Contrary to all the dire predictions, I am inclined to think Shanghai Maling will be a responsible investor.

In answer to my final questions, MIE deserves credit for vocally representing farmer interests, but it was guilty of believing there was only one solution and anyone who disagreed was blind, prejudiced or both.

It started a conversation which has coincide with the meat sector developing into a more coherent, well capitalised industry which will continue to adapt to changing markets, exchange rates and livestock volumes.

Sheep and beef farmers should now make a commitment to their chosen processor and work together to make the sector a success.