Allan Barber finds the Kiwi way toward higher farmer incomes ignores what has worked in other countries, locking us out of hugely successful alliances and profit models

Allan Barber finds the Kiwi way toward higher farmer incomes ignores what has worked in other countries, locking us out of hugely successful alliances and profit models 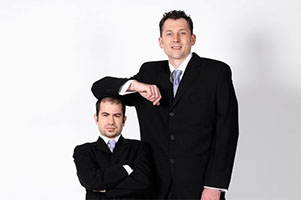 At the risk of flogging a dead horse, I think it’s worth looking at the New Zealand red meat sector in the context of the global industry when trying to analyse whether it could or should be doing better than it is.

Nobody disputes the poor financial performance of producers, processors and exporters over many years, whether measured by absolute profitability or return on capital employed. The big questions are why, how does it compare with other countries’ meat industries and what if anything can be done to improve the situation?

There have been many reports on the meat industry since the 1980s, most recently MIE’s Pathway to Sustainability, Westpac’s Industry Insights - Meat and Wool and KPMG’s Agribusiness Agenda. All of these agree on some main facts – there is excess processing capacity which inevitably leads to procurement competition, value added products are essential to improving farmer returns, exporters are guilty of underselling, and there is too much inefficiency in the industry’s structure, notably third party agents, processing capacity and transport costs.

The suggested solutions – company mergers and capacity rationalisation, contracted livestock supply, more focus on high quality red meat for the world’s richest consumers, increased farm size, higher productivity, greater market differentiation, more value from co-products, adoption of technology – have all been tried with more or less success. But one fact is undeniable: none of these has yet succeeded in achieving a permanent increase in farmers’ incomes or industry returns.

MIE’s Pathways report made the mistake of thinking the industry’s woes could be solved by capacity removal and a change of ownership structure, while the recommendations in Westpac’s Insights document will not result in the sea change needed to move on from the present unsatisfactory situation. KPMG’s 2016 Agenda points to three alternative scenarios, two of which imply a significant willingness to innovate, whereas the other scenario would involve a continuation of the status quo, consigning the sector permanently to being a provider of commodities.

A comparison with the financial performance of meat companies around the world, admittedly not in any depth and only for the 2015 year, confirms the obvious – New Zealand’s are very small in global terms. Another observation concerns their profitability which is right at the bottom of international returns.

At the top of the list for revenue sits the Cargill Group with turnover of US$120 billion, while Brazilian owned JBS has revenue of US$47.5 billion which compares with Silver Fern Farms at US$1.54 billion. BRF, another Brazilian food company, with 41 beef processing plants, 16 dairy processing plants and other food interests, turned over US$9.4 billion on which it made a profit of more than 9%. US food company Hormel Foods had nearly the same revenue on which it made 7.8% profit in 2015, increasing sales revenue in 2016 by 2.7% and profit by 30% to nearly US$900 million. In stark comparison SFF made a profit of $24.9 million and Alliance $7.9 million.

These figures indicate New Zealand meat processors have the wrong business model to be successful globally. The fact remains the livestock must be processed before it can be turned into higher value end products, but a cursory analysis of overseas companies suggests primary processing is not where the profits are made. In New Zealand companies tend to attempt the impossible by putting the majority of their capital into slaughter, cutting and boning capacity and paying their suppliers as much or as little as necessary to procure the livestock. Then they invest as much as they can afford in selling their output and, if there is enough left over, they put it into new technology, plant upgrades and, as a last resort, added value products before taking a small profit.

The Australian Agricultural Company is a vertically integrated cattle business from pasture to plate which has been in business since 1824, but in recent years has completely redirected its focus from live exports to branded beef based on better genetics and a new processing facility, notably Wagyu production for Japan. Although not directly comparable with Landcorp, AACo appears to have a much more single-minded focus on doing one thing well, whereas its New Zealand counterpart has been busy reducing its exposure to sheep and beef before the collapse in dairy prices. It has recently discovered the attractions of dairy sheep and branded products, but progress here will not be as fast as it would like and future profits will be disappointing.

As the largest agricultural producer and food exporter, Fonterra illustrates what is wrong with New Zealand’s business model. Our agricultural sector is dominated by farmers who are good at running their own businesses behind the farm gate and not unnaturally want to be paid the maximum for their production. In Fonterra’s case the dairy farmers are also determined to retain total ownership and control which is absolutely their right, but will never result in the creation of a world class added value food producer.

There’s a chance SFF will become part of a world class food group with Shanghai Maling’s investment, but other than that I fear the New Zealand meat industry in particular and agricultural sector in general will never have sufficient scale or ambition to move away from its commodity focus.

I see where this is going, just hand the whole thing over to huge foreign corporations as have Silver Fern Farms, please do not try to convince us it is anything else,Shanghai Maling have CONTROL. Get rid of the smaller family farm, turn all farms into huge corporate foreign owned or controlled, employ low paid labour, also probably foreign. Mechanize as much as possible, maybe feed lots. Somehow get Judith Collins as PM as she doesn't give a flying you know what about environmental issues "Ask her what she thinks of swampland. Oh and lastly, make sure what NZ produces is well and truly priced out of reach of NZers. Once these things are all set in place we should be fairly certain that NZ should gain as little as possible from industries within its own borders.

This is exactly the sort of thing the whole world, it seems, is railing against.

Perhaps the NZ industry has never had enough scale. It's most sound years were up until the UK entered the EEC. NZ supplied helped feed the hoi polloi in the UK. NZ farmers got steadily wealthier & so too did the UK merchant houses that actually controlled the industry. This was nothing more than straight through uncomplicated cost efficient commodity trading and it was lucrative. Since then things have gone backwards despite all sorts of reconfiguring and downsizing. Nowadays the beef industry is little more than a by product of dairying and the lamb kill less than half of say 1980. By global standards it is a small industry far distant to the big markets. Moves to added value have helped but the high end prices for this are markets with low ceilings. Unfortunately not much has changed from those old merchant days (think Borthwicks, Swift, Weddell, CWS, Dalgety) in that the product itself is not so much needed, more important is the need for the purchasers to make money out of it.

Probaly wrong thread but yesterday i watched a doco about New York where they kill cattle and then age the meat for 28 days before selling it to high end restaurants..
Do we in NZ do anything like that.

Don't be so darned stupid, that would mean that small operations could survive, maybe even flourish, can't be having that now, in this relentless march toward corporate everything

Not wrong and small operations have a distinct advantage in that they only have a small bucket to fill in terms of economy of scale. Boutique breweries have proved that hand over fist. However this article quite rightly points out that the overall small size of the industry creates very little clout internationally. Because it is the prime cuts chilled meat is expensive and it is a tricky process with limited shelf life getting it to the other side of the world. One FCL failure will.take out the profit of 10 FCLs. But you are right the small carefully managed and marketed operation is not nearly so vulnerable.

That is kind of where tourism comes into the picture, so long as everything they see, do, buy is not foreign owned as well.

Was involved in that back ln the 70's. Chef from major hotel would come to the chiller and have a look at the carcasses I'd picked, then we would rail them to a sweet spot in the chiller. Left for about 10-15 days till a dry white powdery mould formed. Superb :).

When we had a local butcher (since closed up shop), I used to do beef Wellington for Xmas every year because you could pre-order the whole fillet and have it aged to your requirement.

we would need scale if we were trying to compete on volume and price (a la fonterra).

I have talked to several friends this week who have been at meetings with various farm lenders, all telling the same story, growth in farm debt has to stop and new lending will be hard to get.

Overseas the drive is to keep food cheap for consumers, In China cow numbers down but production up
http://www.attenbabler.com/chinese-dairy-cow-herd-update-nov-16/

Animal feed is getting better and cheaper
http://www.world-grain.com/articles/news_home/World_Grain_News/2016/11/C...

SYDNEY, AUSTRALIA — Total Australian winter crop production is forecast to increase by 32% in 2016-17 to a record high of 52.4 million tonnes, led by strong gains in wheat, barley and canola production

>>>>
Protein production looks likely to increase into a stable market, without growth in consumption things are going to get cheap.

Too much debt in NZ was chasing asset bubbles and invested unwisely, tomorrow has arrived and the cupboard is bare and we are out of powder.

Out of powder and in some places, out of water;