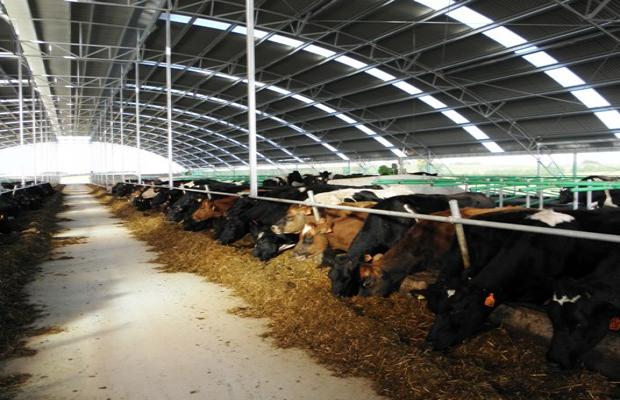 Fonterra has recently announced new price premiums for winter milk as from the winter of 2017.  It has done this quietly, without any press release, in an email to all of its farmer suppliers.

Fonterra says it has ‘taken a fresh look at winter milk’ given increased demand caused by the success of its international value-add and food service businesses. These markets need to be serviced 12 months a year.

The price paid for the contracted milk, but not the non-contracted volumes, will decrease by 2.5 cents per kg milksolids for every 10 km direct line from the designated factory. And there comes the rub. For the North Island there are four designated factories at Kauri (Northland), Takanini (near Auckland), Waitoa (Waikato) and Longburn (Manwatu). For the South Island, there is only one designated factory, this being Christchurch.

This effectively mean that milk contracts will be available for most of the North Island but in the South Island they will only be taken up in Canterbury. In South Canterbury, farmers will be more than a little put out by an apparent anomaly that milk going to the mozzarella factory at Clandeboye (near Temuka) will have a transport charge to Christchurch.  That will reduce the payment by about 30c per kg milksolids.

For most farmers, these winter payments will not be enough to encourage them to milk cows in the winter. This is because winter milking entails major changes to the farming system. But there will be a proportion of farmers who will now give this consideration.

The system is designed so that farmers will need to move to either autumn calving, or split calving (spring and autumn), or non-seasonal calving. Milking non-pregnant cows through the winter for extended lactations from the previous spring calving is not going to give the quality that is required, although a few carry-over cows within the herd is a possibility.

A starting point for those farmers who are interested will be to work out the average premium per kg for the whole season. This is not just the winter premium, but also the so-called capacity adjustment charges already in place for all farmers, whereby milk produced in the peak months of September to December receives a payment 51c less than for the shoulder months (January to May, plus August).

For spring calving farmers, these capacity discounts for peak milk are just part of the business of seasonal farming. There is actually nothing these seasonal farmers can do to respond to what are meant to be price signals. However, for farmers who autumn calve, they become an important part of the equation.

To test the overall effect, I took the figures for a specific Canterbury farm that currently starts calving on 1 August and looked at what would happen if this farm shifted calving to start on 1 April (by coincidence April Fools Day!).   With the same lactation curve, but now transposed eight months, and assuming a distance of 80km from the factory, the average price for the season’s milk rises by 95 cents per kg milksolids.

Assuming a split spring and autumn calving then the premium over all spring calving would be 48 cents and for totally non- seasonal calving it would be 64 cents.

Under North island pricing, the equivalent premiums are 75 cents for autumn calving, 38 cents for split calving, and 50 cents for non-seasonal calving.

However, this premium is really just the start of the assessment process. For example, with non-seasonal calving the average lactation shifts to about 305 days compared to about 260 days on a spring calving farm. This shifts the efficiency of milk production by about 6%; i.e. it results in 6% more milk from the same amount of feed (with considerably more milk per cow and slightly less cows).    There are also reduced culling rate for empty cows, as it is not so critical to maintain the 365-day calving interval which is such a big challenge on seasonal farms.  Also, some of the cows are sold at times of the year when cull prices tend to be higher. These gains are all important.

On the other side of the ledger, winter milking accentuates the need for some form of off-paddock wintering. Also, it shifts the feed demand pattern towards the winter, typically with consequent cost.

How this all plays out varies considerably across the country. In summer-drought areas within the North Island, there is already a proportion of farms that either split calve or autumn calve. This will be an encouragement to those farmers, and more will choose to join this group. In the South Island, almost no-one calves in autumn without good price premiums.

The way Fonterra has set up the price premiums, with smaller payments in the North Island than the South Island, reflects that their proposal is aimed at rewarding farmers just enough for the winter milking so that the change occurs on a proportion of farms, with the additional benefits going to all farmers (and investors) through increased dividends.  Only time will tell whether they have pitched the premiums sufficiently high to get the increasing quantities of winter milk that they need.

Economic logic says that Fonterra also needs to look again at the capacity adjustment charge (currently 51c for peak milk). Almost certainly this still under-estimates the additional value of milk outside the peak.  Increasing this figure would have no effect on the typical spring-calving farm (with the extra shoulder bonuses balancing the extra peak discount). But it would send good pricing signals and encourage further flattening of the milk production curve by those farmers who can make a shift to autumn calving. This would benefit the whole industry.

My own interest in these systems goes back almost 15 years, but increasingly in the last five years, when I realised that New Zealand would have to flatten the national milk production curve if it wants to be a force in value-add dairy.  It has been a challenging message to communicate.   Hence, I am pleased to see that Fonterra is indeed now taking steps, albeit modest, in this direction.

The challenge for organisations like DairyNZ is that their extension messages have been honed for many years towards spring-calving systems and low cost production. Similarly, Fonterra has until now an explicit philosophy that farmers should focus on low cost production and that Fonterra as the processor would wear the cost of dealing with peak production.

This philosophy has worked well with traditional commodity production, but with value-add it becomes more complicated. First, the capital costs of processing tend to be higher, and high plant utilisation becomes critical to the overall product costing. Second, even for long-life products such as infant formula and UHT milk, the inventory costs and working capital increase considerably with a seasonal production curve.  And third, consumers don’t like old stock.

In this new world of non-seasonal dairying, the biggest challenge for farmers is the total change of system. Without thinking things through as a package, including off-paddock wintering systems, it will not add up.

Over the last two years, I have taken opportunities to observe and monitor farmers who are pioneering unique Kiwi-systems of modern non-seasonal milking.  The system that I expect to come into favour is a hybrid system where cows still harvest their own feed from pasture for much of the year, spending variable amounts of the day outside depending on the season, and then going back to the barn for the rest of the day.

This hybrid system seems to be the system that ticks all the boxes for high production, low cost of production, nutrient management and animal welfare. Some farmers are already making this system work nicely.

Capacity adjustment is simply a fine applied by Fonterra to penalise those that have a summer drought.
Ok so that is not in any way financially correct but when your in the middle of a stinker of a drought and you realise that a large portion of your years production is at a lower price it really hurts.
As a sharemilker Iv got to ask why the capacity adjustment is even on the milkprice, having enough stainless steel is a shareholder problem surely?

Redcows
The logic is that the milk price is calculated based on the five product reference prices minus the cost of processing. And the cost of processing includes a capital allowance. Expenditure on stainless steel is driven by peak production and hence the capital cost should be charged against this peak production. Well, that is what economic theory says. You are right in saying that having enough stainless steel is a shareholder problem, but the cost of servicing that capital is sheeted back to the milk producers as a 'user pays' charge over the four peak months.
Keith W