Allan Barber finds we are looking at dramatically increased uncertainty in 2017, where change is certain, but also a time where the bold will prosper

Allan Barber finds we are looking at dramatically increased uncertainty in 2017, where change is certain, but also a time where the bold will prosper 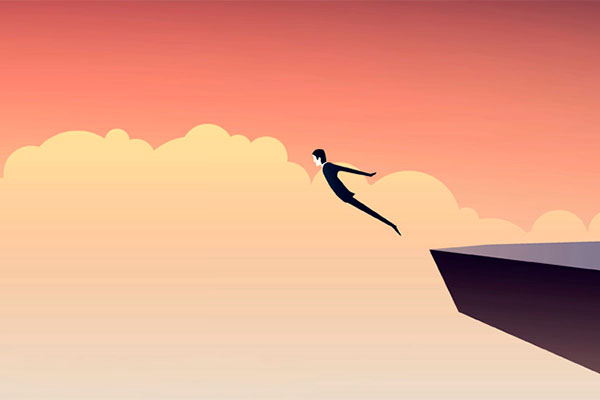 The surprises keep coming as we approach the New Year. After Brexit and Trump we might have thought we had had enough surprises for one year.

But now, on virtually the same day, John Key announced his resignation as Prime Minister and, probably of greater global significance, Italian PM Matteo Renzi lost the constitutional referendum which has resulted in the Euro hitting its lowest level against the US dollar for 30 months and plunged stock markets into a state of uncertainty.

Coincidentally Donald Trump is doing his best to upset the Chinese sooner than predicted by accepting a phone call from the Taiwan Premier which no US President or President Elect has done since the USA broke off diplomatic relations in 1979. The writing is already on the wall for the TPP.

So, if we are honest, nobody can forecast what will happen to global trade next year, nor exchange rates and investment markets. What we do know for certain is the relative shortage of New Zealand’s red meat and dairy output because of production decisions made by farmers in response to poor returns and, in the short term, inclement weather conditions, whether the impact of drought, wet winter and cold spring in various parts of the country.

The Beef and Lamb Economic Service New Season Outlook forecasts relatively little change in exports based on a 3% decrease in sheep numbers offset by a 2.8% increase in beef cattle to June 2016, although dairy cattle are 0.9% lower because of the lower milk price which has only started to rise in the last month. Any impact on herd numbers will not occur until next year’s calving. For the 2016-17 year slaughter numbers for all species are predicted to decrease slightly, but this is not expected to have a significant effect on export receipts as a whole.

The Economic Service anticipates a small decrease in sheep meat export receipts as a result of slightly lower tonnage and receipts affected by the lower exchange rates for the pound post Brexit (although it is still very unclear whether the Supreme Court will allow Britain to trigger Article 50 or if Parliament will vote in favour of it in any case). It is impossible to predict changes to export revenues amid so much uncertainty in our major markets, but anything other than a decrease would be staggering because of the effect of reduced volumes and weaker pound and euro. Demand from China for both mutton and lamb will almost certainly offset the European weakness to some extent.

Conversely Europe will have no direct impact on New Zealand prime beef exports, but Asia is expected to provide the best prospects for increased values with China, Japan, Taiwan and Korea the main markets. The duty disadvantage in comparison with Australian exports to Japan will continue to present a headwind. Another factor causing concern is the growth of Brazilian exports to China, much of it grey market trade through Hong Kong.

American demand for manufacturing beef which accounts for about half New Zealand’s beef exports will be sensitive to the internal US cow kill, the NZ dollar exchange rate and the state of the American economy. Economic Service is predicting a 2.5% decrease in price taking these factors into account, while the overall beef kill will be down 1.5%, but these factors will be offset by higher carcase weights because of a lower proportion of cull cows in the kill.

After two years in the doldrums the dairy sector looks much more promising with the payout pitched at $6 per kilo of milk solids, a dollar above the average breakeven position, a result which looked totally unlikely less than six months ago. This improvement has occurred because of a tightening of the global supply pattern, notably lower milk production in New Zealand and in the EU which rose strongly when the milk quota cap was removed.

Although it is tempting to think the dairy recovery will be permanent, the present outlook is driven purely and simply by availability rather than a change to high value non-commodity production. There has not yet been a shift in the fundamental structure of the dairy industry which is still driven by farmer ownership and control.

2017 will be a very interesting year beset by political and consequently economic uncertainty, although I suspect nothing much will have changed in twelve months. Companies and farmers alike will have to run a tight ship to ensure an acceptable performance, but as always there will be opportunities that the bold will seize to their advantage.

for now we see through a glass,darkly;but in uncertain times its better to be cashed up if change is coming.