Federated Farmers pleads for Government to act to enforce environmental responsibilities on tourists. Sees current response as "a damp tea towel on a bonfire"

Federated Farmers pleads for Government to act to enforce environmental responsibilities on tourists. Sees current response as "a damp tea towel on a bonfire"
24th Jan 17, 10:22am
by Guest 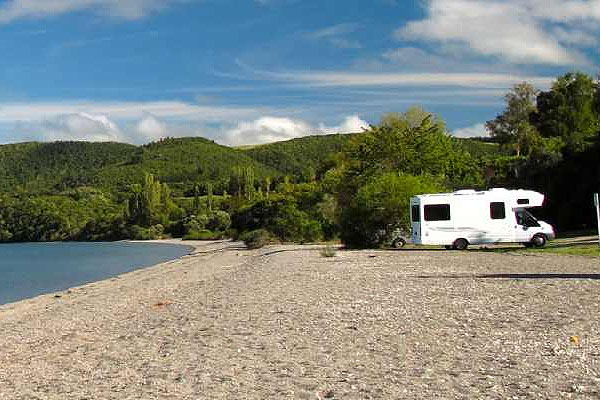 Media reports over the holiday period have again highlighted the challenge to rural New Zealand from the influx of freedom campers.

In many localities the facilities at popular sites have been overwhelmed. Other high profile stories covered situations where farmers were left to sort out the mess left by campers situated on, or crossing, their land.

For example, a farmer who owns land by Takaka River, in Golden Bay at the top of the South Island, has been asked by the local council to consider serving trespass notices on freedom campers and others living longer-term in vehicles at the site. But a media report says the same council has instructed its own enforcement officer not to patrol the area because of safety concerns.

"Let’s be clear about the problem: tourism is at record levels and freedom camping in particular is on the rise with 44,000 international visitors taking the option last summer," Federated Farmers local government spokesperson Katie Milne says.

"The government is making plenty in GST but doing little to fund the needs of small communities in need of significant investment to cope."

While the government has set up a 40 member working group, and has started allocating grants from its new $12m regional tourism facilities fund, there’s little confidence this is a serious attempt to fix things, Milne says.

"We appreciate the provision of a $12m fund to help councils pay for some toilets but at that level the fund seems like a damp tea towel on a bonfire."

"The government needs to move quickly on calls for a sustainable response, in particular new revenue mechanisms for local councils in addition to rates."

Rates based on property values are "completely hopeless in this situation," Milne says.

"You can’t rate a campervan because it moves, and Department of Conservation land is non-rateable yet frequently the attraction for freedom campers."

The stance of Federated Farmers is that the Government should "step up, pay some rates and fix the funding mess".

Levy all renters of the sleep-in style vehicles. Before the idea of freedom camping took off - these vehicles would head to campgrounds and user-charge DoC sites to park up for the night. So, charge a levy as part of the rental agreement - in effect it would be a pre-pay for a nightly campsite without hook up facilities at the time of taking on the rental. In making the pre-pay, vouchers are issued and can be used nationwide in part or full payment for the campsites at any outlet nationwide.

Better yet, levy all hire vehicles and let the levy be used at any/all accommodation providers. Applicable to overseas hires only (so NZ drivers licences exempt). Only exception might be for folks staying exclusively with relatives and not touring around - so refundable on return of the vehicle provided GPS tracking confirms that fact.

A huge number of the non-self contained sleeper vans are not hire ones, backpackers buy them when they get here, often as not, of another, departing backpacker. They are nothing but a bunch of freeloaders and we don't need them.

Why are they 'freeloaders'?
At least they are out there doing stuff, seeing the country.
And they spend money, the economy benefits.
Just because they aren't paying good money for some rathole motel?

Oh give it a rest. The number of businesses that offer free wifi and power outlets is huge. To think they are somehow short changing rate payers by taking this from libraries...honestly.

They are freeloaders because someone else has to pay to clean up after them, and on top of that they are ruining the opportunity for people who have sprung for a fully self contained vehicle to freedom camp RESPONSIBLY. I will take it that you haven't seen excrement and toilet paper that has been exposed on the beach by the sand being blown off it, not even buried, night after night, after night, after night, or stepped in a pile of it. I'll bet you haven't had to deal with them in camp grounds trying to sneak in and use the facilities when others have paid for the right to do so. In any other business it would be called shoplifting.
In the area that I spent many years, they did not spend anything, maybe the merest amount for fuel, then they'd moan about having to pay the high price for it from possibly the remotest pumps in the country other than Stewart Island, but we still had to deal with their mess. That was over 10 years ago, and it has only gotten way worse in the meantime.
Then people say, more toilets, more toilets, well who is going to pay for them with no return, all along the length of somewhere like the West Coast, if you put them every kilometre there won't be enough, as they don't want to sleep by a stinky public toilet block. Just ban freedom camping for non self contained vehicles and sting the hell out of transgressors.

I always wondered how/why a vehicle registration could be transferred to a non-resident. I'd have thought a person needed a fixed-abode, so to speak, in order to register a vehicle and/or to own a registered vehicle. I'm not familiar with the legislation in that regard.

Kate is dead right. Also, why would we want to have low paying freedom campers in NZ at all. We have been selling out our wonderful life and country for pennies.
I have 'freedom camped' and wonderful it was too. But it was when New Zealand had nearly half the population we had now and there was no pressure from hordes of tourists from overseas.

Too right KH. These tourists have buggered it for the rest of us, or should I say the government attitude of quantity over quality. I too have great memories of camping by some pretty remote surf breaks so that I could be on the spot for a dawny. No more, at least not without slumming it with a bunch of freeloading tourists. NZ was a great place when there were less people. But you know, more is better and biggest is best...or so we're told.

We have too many tourists in the country and are struggling to provide the services that they require. We need to focus on those that will return us the most cash. i.e. make more money from less tourists by focusing on the higher end of the market. The bottom end camper vans should be the first to go and the rest should be restricted to managed areas that charge for the service.

The argument is that today's low-paying freedom campers are tomorrow's high-paying visitors. It rings a bit hollow at first and then I think back about my first trips to Thailand, Bali and even Aussie - all done as a backpacker and all revisited (many times) later in life with family in tow and spending (relatively) large.

The overseas freedom campers are generally not footing it around NZ and staying in backpacker accommodation - they are hiring a vehicle and parking up anywhere they please because there is this notion that freedom means freedom to camp out anywhere and any way - whether equipped properly or not.

We have to shake off that growing perception - nip it in the bud and quickly. Vehicle hire users (and NZ residents for that matter) could still freedom camp if they wish. Any voucher funds not redeemed after the term of the rental contract could be remitted to central government - or if we get tech clever in the future, redistributed to local governments based on GPS tracking of where the vehicles traveled/overnighted during their time here.

Nip it in the bud? It's been going on for years.

The idea that tourists who use camper vans in NZ and freedom camp don't spend up is false and has been proven to be. They use their money instead for experiences that feed in to our economy. All the adventure tourism in NZ is damn expensive, and they afford it by not paying for hotel rooms. And if you want to get to the best spots in NZ, it is far easier when you don't have to drive back at night for 2 or 3 hours just to get back to your hotel.

The fact we know this and don't supply facilities is a failure on our part. Towns all welcome the campervans in because they'll pay to bungee jump, or shop, or eat at the cafes etc. But we don't want to put toilets where they end up camping...

We'd be supplying facilities everywhere and the ongoing requirement to handle the growing capacity requirements would be endless - and in many places such facilities shouldn't be supplied anyway (like on private property as per the above or in areas too pristine/unsuitable for camping anyway).

If the levy is set per person at the standard rate for a DOC campsite;
http://www.doc.govt.nz/parks-and-recreation/things-to-do/camping/facilit...

it isn't going to break the bank and we should reasonably expect folks to use at least the bare minimum accommodation standard available. Forget freedom - we have an environment to protect, without which the whole unique experience that NZ is becomes despoiled.

"Forget freedom"...Unfortunately you are right, this issue being simply another iteration of the tragedy of the commons...

One water pipe supplies Wellington,with roads still two lanes each way, there is a lack of infrastrucuture spending in NZ over last thirty years, along with crazy priorities like cycleways.

Another article on this:

This statement caught my eye::

More than 3.4 million tourists visited New Zealand in 2016, marking a new record for the small island nation of 4.5 million people.