Keith Woodford sees a changing future for dairy farmers with the rise of A2 milk, demands for non-seasonal production, and an urgent need for a social license from the wider community

Keith Woodford sees a changing future for dairy farmers with the rise of A2 milk, demands for non-seasonal production, and an urgent need for a social license from the wider community 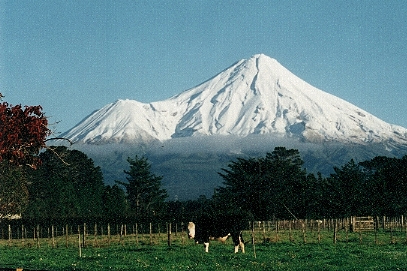 In early June, I made a quick trip to Taranaki to talk to the Rural Business Network, which is a mix of farmers and rural professionals.  For me, the trip brought back many memories.

As a South Islander for much of my life, it was wonderful to see the lush green grass growing nicely even in winter, and to be reminded of the benefits of free-draining volcanic soils. And then to look up to snowclad Mt Taranaki, which was the very first mountain of any significance that I climbed while still a school boy.

It was also in Taranaki, some 51 years ago, and as a city boy coming then from Wellington, that I first milked cows.  My boss was Murray Scown who, with his wife, was sharemilking on the coast near Manaia. From memory, the farm was 137 acres and we milked 140 cows through a four-bale double-up shed. It took two of us a full two hours morning and night to milk the cows. Those Jersey cows produced about 300 lb of butter fat in a season.

In those days, there were no such things as hectares or kilograms. There was no separate payment for protein.  Surplus summer grass was made into hay, but silage had not come into fashion.

The Scowns were progressive farmers, but oh how the times have changed. Today’s cows produce about 50 percent more milk, and the stocking rate is also up about 50 percent. Bring those two factors together, and per hectare production is more than double.

In addition, the farms are larger and cows milked per hour of milking labour have increased by a factor of about four.  The average herd in Taranaki is now 285 cows – probably close to three times the average of 50 years ago. This is still small compared to most other parts of New Zealand, with the New Zealand average now well over 400 cows, and with many herds of more than 1000 cows.

Back when I started milking cows, I don’t think there were any New Zealand herds as big as 400 cows. Herringbone sheds, if they existed, were in their earliest configurations, and there were certainly no rotaries.

My point in telling this story of fifty year ago is to illustrate that change is always with us. When those of us who are fortunate enough to still be here in another 50 years look back to 2017, then our current dairy systems will also look quaint. 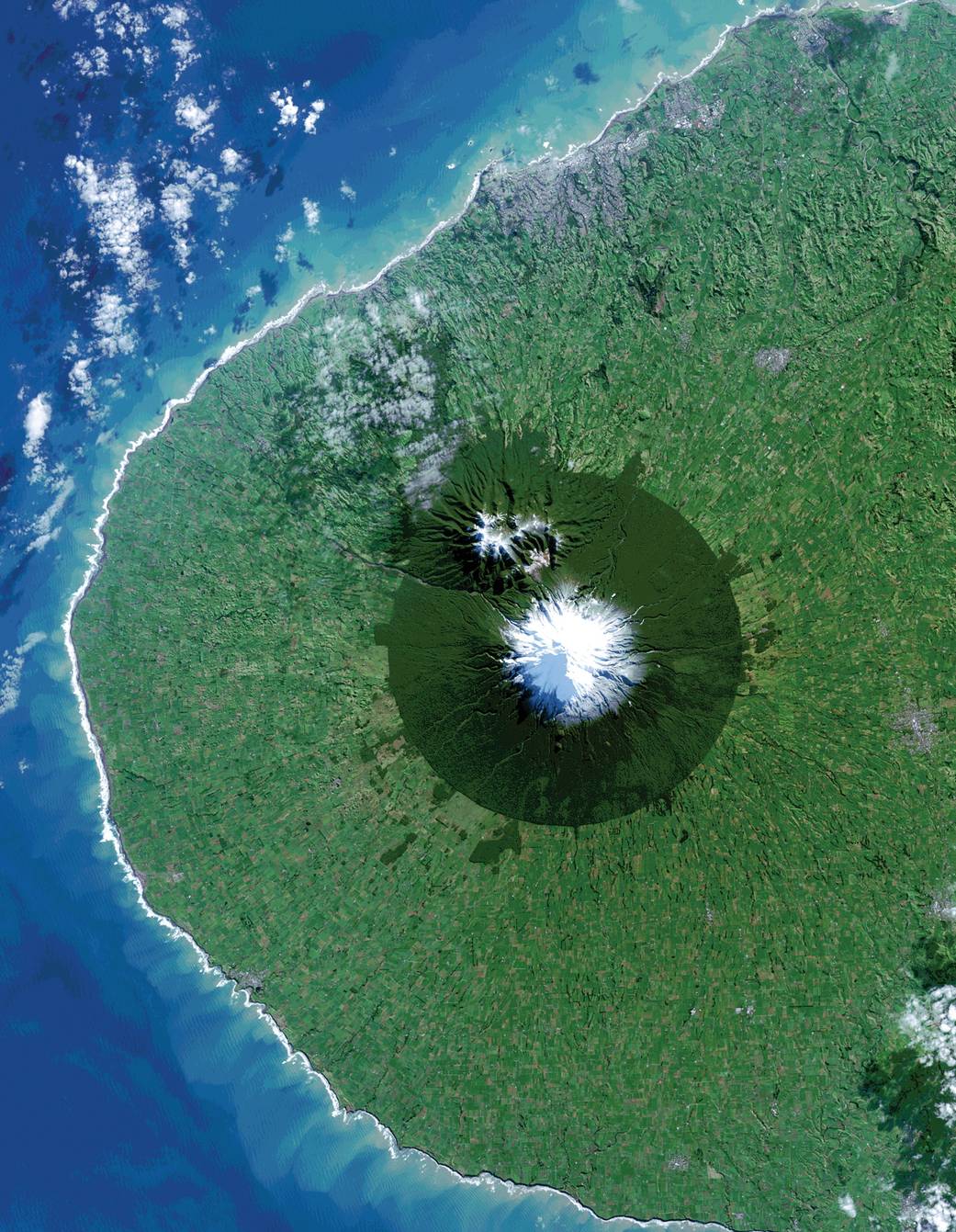 One thing life has taught me is that some people see changing conditions as an opportunity, others go along with the flow being neither leaders nor laggards, and some get left behind trying to live yesteryear all over again.

I shared with my Taranaki audience some thoughts about dairying of the future, but I only needed to look forward a few years to see an industry that will look very different to what we have now.  To start with, the herds of the future will all be A2.

I have been promoting the notion of converting our herds to A2 for more than 10 years. It has been a bruising journey with both facts and ‘alternative facts’ brought forth in the debate. But in the long run, it can only end up one way.

It is only ten years ago that the shares of The a2 Milk Company (ATM) were worth about eight cents. As I write this on June 19, 2017, the share value has climbed above $4. ATM now has a capital value approaching $3 billion, and is the darling of the New Zealand Stock Exchange.

This close-to-$3 billion ATM share value reflects the value of products (primarily infant formula and fresh milk) coming from just 65 Synlait farms in New Zealand (for infant formula) plus perhaps another 35 ATM direct-supply farms in Australia, the UK and the USA (for fresh milk). In comparison, Fonterra has a market value of about $9 billion but that is from the milk from more than 10,000 farms.

Producing A2 milk, i.e. milk that is free of A1 beta-casein, is a breeding pathway open to any New Zealand farmer. Delaying the conversion only turns an opportunity into a profound risk.

There are some hundreds of New Zealand farmers who are on the conversion journey, and the big global semen companies tell me they are ready for a global rush of demand for A2 semen.   But most New Zealand dairy farmers have believed the soothing messages from their processing companies and herd-improvement company LIC that it is not going to be a key issue.  I expect to be writing a lot more about A2 again over coming months, with a pulse of new science in the pipeline.

A second part of my message in Taranaki related to our current reliance on milk powder markets.

There is a very good reason why our New Zealand industry has developed such a strong dependence on milk powders, and in particular whole milk powder (WMP). The reason is that when producing milk on a seasonal basis, as we do in New Zealand, it has been the most profitable product for much of the last two decades.

The key problem with WMP is that it is only used as a major product in developing countries. Currently, China is the biggest consumer of WMP, followed by Brazil (mainly produced domestically), with Algeria (mainly imports) coming in next at about 10 percent of the consumption in China. The two big global producers are China and New Zealand – we each produce about the same amount, and in New Zealand we fill the gap in Chinese demand. So, we are relying on China, as it further develops, taking a different path than the rest of the world in regard to demand for WMP.

The current evidence from China is that demand for WMP has already peaked, whereas demand for all other dairy products is increasing. The challenge for New Zealand is that it is difficult, and in many cases impossible, to produce these other products profitably from a seasonal milk-production system. Nearly all the rest of the world, with the notable exception of Ireland, produces milk on a 12-month basis.

The third part of my Taranaki message was that the New Zealand dairy industry is going to struggle without a social licence from the rest of the community. That dominant New Zealand urban community may be very poorly informed, and indeed influenced by alternative facts which the rural community might dispute, but some of those so-called alternative facts are actually true.

Last month, I was in Holland looking at aspects of their dairy industry. In essence, they have effectively managed their effluent issue, particularly in regard to nitrogen, and farmers do have a social licence to operate. The Dutch urban community, apart from a few ‘bovinophobes’, likes what it sees, with cows grazing contentedly outside on sunny summer days, but inside at other times, and with comprehensive effluent management.

In Taranaki discussions, we talked about some of the specifics of Taranaki, with its free draining soils, and fast flowing streams. I was told that Taranaki leaching issues are not the major issue that they are in much of New Zealand. If that is correct, then Taranaki is indeed very fortunate.

I was also told that there are at least 20 dairy farmers in Taranaki currently converting their herds to autumn calving. This is in response to a belief that the summers are getting drier, and that grass now grows faster in winter than in the past. Also, both Fonterra and Open Country are offering winter premiums, albeit modest.

A key problem with pasture-based systems is that even in Taranaki the growth pattern of lush green grass does not actually fit the feed demand curve of either seasonal or non-seasonal milk production. Restrictions on the use of PKE have the potential to throw another curveball into the mix. Dealing with summer droughts without PKE will indeed present some challenges, and this will impact on production.

A particular issue for Taranaki is the cost of land, which I am told is now up to $85,000 per hectare. Expansion options are therefore ‘off the table’ for most farmers.

The pathways forward are multiple, and each farmer has to find his or her own way. My key message was therefore framed as one of optimism, but with the proviso that accepting the need for change is fundamental. It is going to be a challenging and exciting journey, and some will even choose a path that leads away from a farm-based lifestyle. Farming won’t be for everyone.

'Delaying... only turns an opportunity into a profound risk.' I think this is a matter of psychological environment, a self-defeating or defeatist stance curiously common in our small, resourceful, highly educated, inventive, globally alert, and so often highly competitive nation. If you can solve this, you would solve a great deal.

The opportunity to capture a premium for products with outstanding environmental provenance has, through just this delay in understanding and action, faded into profound national environmental risk.

It would be interesting to see how much more profitable that example farm in Manaia is, being now twice as productive/hectare than it used to be 50 years ago.....