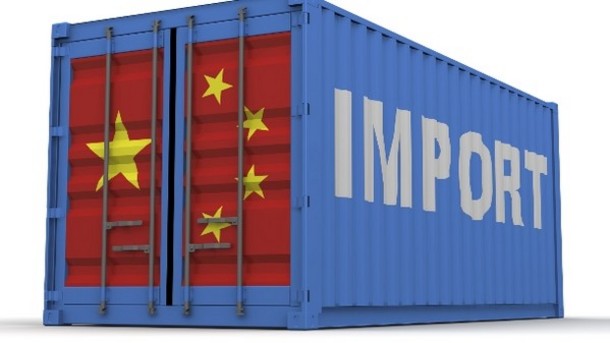 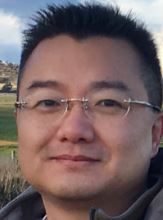 After a two-year hiatus from the global dairy market, China’s appetite for dairy commodity imports is starting to revive, and this will create opportunities for New Zealand, particularly at the higher-end of the market, according to a visiting Chinese dairy expert.

In New Zealand for a series of industry presentations, Rabobank Shanghai-based senior dairy analyst Sandy Chen said China’s appetite for dairy commodity imports is starting to pick-up at a time when global supply across the export engine is returning to growth.

“In terms of dairy consumption growth, we’ve seen this plummet from an annual growth rate of close to 19 per cent for the most part of last decade, to a growth rate of under two per cent since 2012,” he said.

“Looking out to the medium-term, we are not expecting to see a return to the type of growth we saw from 2000 through to 2008, however we do expect dairy consumption growth to stabilise at around two to 2.5 per cent out to 2022.”

Mr Chen said China’s growing consumer demand for dairy would flow on to an increased need for dairy imports.

“China started 2017 with below-average inventories, and even with slow consumption growth, it will be looking for imports in coming months,” he said.

Longer term, Mr Chen said China’s import gap was set to widen, with Rabobank forecasting China to have a 24 per cent gap between domestic supply and demand in 2020, up from 20 per cent in 2016.

Given China’s relatively slow consumption growth prospects, Mr Chen said, much of the gap would be due to the constraints hindering expansion in local production.

“The Chinese dairy sector has been undergoing significant structural change in recent years,” he said, “as smaller producers have been exiting the industry and there has been the emergence of ‘mega’ farms.

Mr Chen said constraints to China’s dairy production included land and water availability, high costs of production (particularly for feed) and environmental regulations, which were all curtailing investment in the farm sector.

“The cost of production on a Chinese corporate farm (which typically has 8000 to 13000 cows) is just over US50c/litre, whereas in New Zealand it is currently around US30c/litre,” he said.

Equally as important, the Chinese government was becoming more tolerant to dairy imports, Mr Chen said. However, China still had ambitions to maintain self-sufficiency levels of 70 per cent.

NZ number one supplier of dairy imports into China

Mr Chen said that despite the EU taking a greater share of imports in recent years, New Zealand was still the chief player in terms of dairy commodity imports into China and, as such, was in a strong position to take advantage of increased Chinese demand.

“In the last five or six years we’ve seen the EU significantly increase their dairy exports to China and this has seen New Zealand’s overall market share of dairy imports into China come back a little, however New Zealand still accounts for over half of all dairy products imported into the country,” he said.

“As the dominant importer in the powder, liquid milk, butter & fat and cheese categories, New Zealand has good market access and a strong supply chain in place and is therefore well positioned to capitalise on the expected increase in Chinese dairy imports in coming years.”

Mr Chen said while China’s per capita dairy consumption remained well below that of some of its east Asian neighbours, there were some strong growth opportunities in the dairy product categories in which New Zealand provides the majority of imports.

“New Zealand currently supplies 52 per cent of cheese imports into China and 87 per cent of butter imports, two categories where there is significant scope for consumption growth.”

“Butter consumption is also growing faster than other dairy categories, so, like cheese, there is considerable opportunity for growth.”

While the opportunity for New Zealand to increase sales of dairy commodity products into China was significant, Mr Chen, said New Zealand’s ability to retain its dominant market share position in the years to come would largely depend on how well it could adapt to changes in the Chinese market.

“The Chinese market is undergoing a structural change in consumer preferences with Chinese consumers now increasingly on the look-out for healthy, safe, premium-end products. We’re also seeing big changes in the way products are purchased with ecommerce becoming a much more significant channel for product purchase,” he said.

“Given these changes, in order to maximise sales into the Chinese market, New Zealand dairy processors will need to execute value-add strategies that demonstrate New Zealand’s food safety, product innovation and category expansion as well as staying on top of new retail formats for improving distribution.”

Responsible for analysing the dairy market for Rabobank in Asia since 2013, Mr Chen’s visit to New Zealand marked his second opportunity to meet with local dairy farmers. Prior to joining Raobank, Mr Chen worked as an Equity Analyst at Citigroup Global Markets Shanghai.

One of Britain’s biggest dairies has warned that the UK is facing a butter and cream shortage.

Not enough milk is being produced, said Peder Tuborgh, chief executive of Arla, which makes Anchor butter and Cravendale milk.

He warned that a boost in demand for butter had coincided with many dairy manufacturers putting more milk into making cheese because it yields better returns at a time of low milk prices. Read more

Surely by now the surplus capacity previously sending WMP to China is now redirected to butter and cream
Help is at hand, Fonterra is an agile corporate, ready to respond.

Actually, despite your scepticism, they probably are. Don't get hung up on GDT sales levels. Fonterra will produce 1,575 mln kgMS in New Zealand this season. The GDT auction will clear about 600 mln kgMS of that. which leaves more than 60% of their production being sold directly. You just can't draw conclusions from the auction volumes offered. (On top of all this is their Aussie volumes (120 mln kgMS), and their China volumes (anyone know this data? Probably about 2 mln kgMS/yr).)

David, I dont know why you switched to milk solids, mostly the talk is about end products, milk, cheese etc
Ive never seen a overseas site talk about milk solid production, probably because they mean little to the consumers.

You will be right saying MS means little to consumers. But it is the easy (and better) way to talk about milk volumes (in litres), data for which is less accessible. MS is the key element for making added value product (milk without the water).

Thanks David, data is good.
Milksolids can lead to both SMP and WMP products but they are politically different animals.
Europe has a mountain of SMP, are we hoarding a hill of WMP at the moment maybe described as stock on hand.
Too much fun.

Value add isn't just about consumers, positivelywallstreet. Food service is Fonterra's fastest growing sector but it is unlikely to resonate with local consumers as the only time they would potentially come face to face with it is when they eat out - and even then they would be unaware of it.
https://www.fonterra.com/nz/en/news-and-media/media-releases/supreme-awa...

Fonterra Edgecumbe is producing butter sheets that are used to make New York croissants even better. Listen to the interview - starts around 1.48
http://www2.nzherald.co.nz/the-country/news/article.cfm?c_id=16&objectid...

I wouldnt knock their specialty products, I had noted this comment by Keith Woodward.
"An important change occurring at Fonterra is that it is moving from a situation of being capacity-constrained to one where, apart from a few weeks of peak production in spring, it has considerable flexibility as to which products the supply of raw milk is directed towards. However, this flexibility is largely limited to alternative forms of commodity product."
There is a shortage of butter, Fonterra on paper have spare capacity from reduction of WMP, but do they have the process to divert that to more butter.?
Hopefully simple question

The obvious answer is no. Almost all that surplus capacity is in those massive powder driers. Nobody is likely to have built much in the way of butter production with fat having been vilified for so long it'll take a while for processors world wide to ramp that up, example of the danger of blindly believing in "the science".
Interesting the comment on butter sheets at Edgecumbe, haven't read the link but is this new or do butter sheets predate Fonterra?
Listened to it and she doesn't say but I'm feeling this was something started way before Fonterra came along though maybe at another site.

Thank you Redcows, now we are thinking about it.
There is a possibility they have dumped the WMP surplus under the auction system...fine..
Again compliments to the lab, instant mozerella is great.

Not sure if they make it or not but I love buying bags of mozzarella for my pizza.

I do too, price reductions are great.
Throw the garden vegetables on a pasta tomato base,lock with mozarella, add a Due North capsicum sauce.
Its bliss.

Apparently we need to drink more low fat milk in order for butter to be increased in production
http://www.abc.net.au/news/rural/2017-03-28/butter-shortage-affects-food...

That is an interesting article, Im doing my bit, skinney milk in coffee....about now...

... slowly but surely the world is waking up to the fact that the Americans have steered us wrong for so many decades that we should have low fat diets ... Their obesity rate and levels of type 2 diabetes are through the roof .. ... huge quantities of simple carbs ( most especially sucrose ) are the problem ...

The French were right all along : full fat meats and dairy products are good for us ... monter au beurre ...