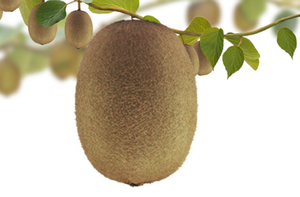 The Serious Fraud Office (SFO) has wrapped up its long running investigation into allegations Zespri facilitated tax evasion while exporting kiwifruit to China by providing false invoices for its importer to use.

The SFO says it has concluded Zespri's conduct didn't meet the high evidential standard required for the laying of criminal charges. Nonetheless SFO director Julie Read notes the dual invoicing facilitated criminal offending in China with the lower valued invoice used by Zespri’s importer to evade duty resulting in him being convicted for in China for smuggling.

Below is the SFO's statement.

The Serious Fraud Office (SFO) has concluded its investigation into the affairs of Zespri Group Limited concerning allegations of criminality arising from the practice of dual invoicing.

SFO Director, Julie Read, has closed the investigation having determined that the conduct did not meet the high evidential standard for laying criminal charges.

The allegations investigated by the SFO were that Zespri facilitated tax evasion while exporting kiwifruit to the People’s Republic of China (PRC) until mid-2011 by providing false invoices for its importer to use when making duty declarations to PRC Customs Officials. The SFO was concerned about both Zespri’s dual invoicing practice and subsequent efforts by it to distance itself from the importer’s offending in the form of letters written to Chinese investigation and prosecution agencies.

Dual invoicing is not necessarily illegal, however the SFO advises that New Zealand exporters should approach the practice with extreme caution as it is a warning flag for duty evasion being committed in foreign jurisdictions.

Julie Read said, “In this case the practice of dual invoicing facilitated criminal offending in China. The lower valued invoice was used by Zespri’s importer to evade duty and resulted in him being convicted for the Chinese offence of smuggling. The instrument of that offending was created by Zespri in New Zealand. For that reason the matter properly came to the attention of the SFO.”

She added, “The Zespri investigation has been lengthy and reflects the fact that we were required to review complex and unusual arrangements between Zespri and their Chinese importers. The gathering of documentary and witness evidence took much longer than usual in this matter.”

Dual invoicing describes a process whereby two invoices of differing values are produced for the same product but for different purposes, such as one invoice being used for Customs declaration purposes and the second for revenue recognition.

Well imagine the righteous indignation if the transaction was the reverse , and we were defrauded of import duty ?

Say what you like , we are a relatively corrupt free society ( its a pleasure to live, work and do business here as a result ) , and we should uphold those high standards in all our transactions.

Maybe we should be thinking " If you sleep with dogs , you get fleas , and fleas give you tapeworm ........or worse, typhus "

Caused havoc for one marketing supplier to Zespri in Asia who had to produce invoices to prove the company for items such as a carton of milk for making smoothies in-store.

And that includes Zespri who cannot really operate in countries such as China, Japan, and Vietnam without respecting how distribution works locally.

When a local institution engages in the facilitation of corruption in another place it becomes a way of doing business and amounts to condoning that behaviour. As it becomes accepted behaviour within the local operation it becomes impossible to define the dividing line and permeates into the local culture

Not a week goes by in NZ without seeing reports in the MSM of both imported victims and imported perpetrators of imported corruption. They don't learn that behaviour here in NZ

For the SFO to shrug and do nothing is criminal