Rural News
Allan Barber looks at the new opportunities that open up in big multilateral trade agreements now that the US is not part of them. The dynamics have changed 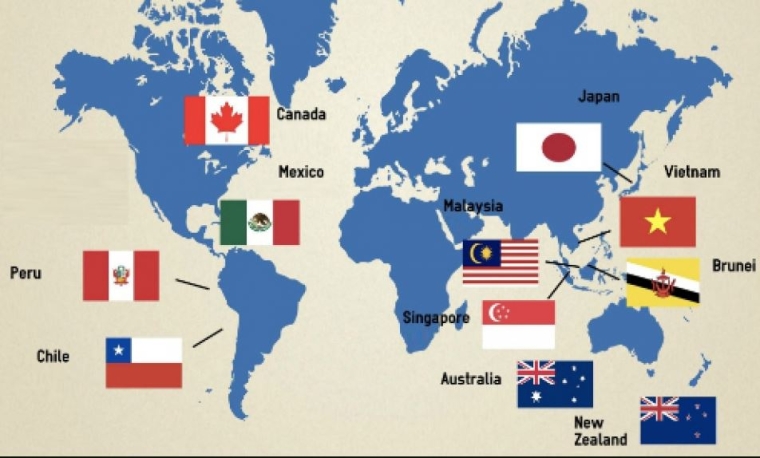 This is truly the age of acronyms – TPP morphed into TPP11 which has now added a couple of initials while actually shrinking in scope from its original intent. But unlikely as it has seemed at several points along its tortuous journey, the mother of all trade deals, or maybe now the stepmother, is still alive in spite of Trump’s and Trudeau’s unsubtle efforts to hijack it.

My major concern before the APEC meeting in Vietnam was the strong possibility the new government would withdraw from TPP11 as it sought to renegotiate the Investor State Dispute Settlement and foreign investment clauses, when all the other signatories were willing to accept them. I freely admit I was wrong to underestimate Labour’s commitment to free trade, while overestimating the influence of New Zealand First. In the lead up to the election all the signs pointed the opposite way, while the concession extracted by Winston Peters to pursue a trade agreement with Russia provided further evidence TPP and its successors may no longer be at the front of the queue.

It’s tempting to think trade agreements are primarily about trade, but clearly there were specific aspects of TPP11 which were not in New Zealand’s interest, but as it transpired other countries were just as unhappy about them. With the USA no longer party to the agreement, it became easier to achieve movement and flexibility. Full credit must go to the Prime Minister, Trade Minister David Parker and the negotiating officials for their determination to find a way to ensure New Zealand’s continued support for the agreement. The whole agricultural sector should take great heart from their commitment to getting the best possible outcome for our exporters for whom market access is of paramount importance.

Unfortunately, Canada’s unexplained failure to attend the final session at which TPP11 was to be signed has resulted in another delay with February now touted as the next possible date. It is possible Trump got in Trudeau’s ear about the greater mutual importance of NAFTA which is currently being renegotiated or the Canadian dairy industry applied last minute pressure. In contrast Canada’s beef industry leaders have been fully supportive of the beneficial impact of an agreement on their beef farmers ever since TPP was first mooted.

At that time, before the US withdrawal, TPP signatories represented 81% of Canada’s meat exports which would come under threat if a deal were signed without Canadian participation. Japan alone takes more than C$1 billion of Canadian meat exports which are forecast to grow by about 50% under a TPP deal. Those statistics underline the importance of the agreement to New Zealand with respect to meat exports to Japan alone.

Since Australia signed the FTA with Japan, its beef exports have increased by $1 billion, whereas our frozen beef exports have dropped by $30 million, a direct outcome of the duty differential – Australian beef incurs 22% duty, while New Zealand’s beef tariff, previously 38.5%, has risen to 50% until March next year as a consequence of the application of a WTO safeguard and this has caused frozen beef exports to decline by 70%. The irony of this situation is the safeguard is triggered by beef from all destinations, including Australia, exceeding a specified tonnage in a given quarter, but Australia’s FTA means it doesn’t incur the higher duty level – the meat sector equivalent to underarm bowling according to MIA Chief Executive Tim Ritchie. The third whammy would be if other exporters divert more beef from frozen to chilled, New Zealand’s chilled exports to Japan could also end up incurring a higher tariff.

Looking on the bright side, CPTPP will open up significant export markets in Mexico and Peru as well as greater opportunity in Japan, while exports to Canada will increase from present levels. Vietnam is another Asian destination with potential benefits from a free trade agreement, although it is already the recipient of large volumes of buffalo beef from India.

Meat exporters have received more good news in the last few weeks following a WTO Appellate Body report which upheld the initial finding in favour of New Zealand’s dispute with Indonesia, thus requiring the removal of a range of agricultural non-tariff barriers. Our beef exports to Indonesia have fallen by 80% since 2010 resulting in lost trade of approximately $1 billion, so this ruling ought to result in a recovery towards previous trade volumes. Indonesia introduced the non-tariff barriers in pursuit of greater self-sufficiency, but they have not had the desired effect and demand for imported beef should still be strong.

The difficulty with trade rulings and agreements is the time for them to take effect. It will be 2019 at the earliest before CPTPP can come into operation, while Indonesia has already proved to be very adept at applying delaying tactics. For the sake of New Zealand agricultural exports, hopefully neither initiative will suffer any further undue delay.

The USA is leading the way with beef exports, just a matter of time till markets are swamped.

"Export demand is always an important factor in cattle prices and never more so than now. The excessive supplies of cattle from a larger cattle herd must either discover new markets of suffer the price consequences. Slowly but deliberately the exports as a percent of total beef production have been moving higher. The most recent numbers have some weeks reaching towards 20% of all beef production moving to the export market."