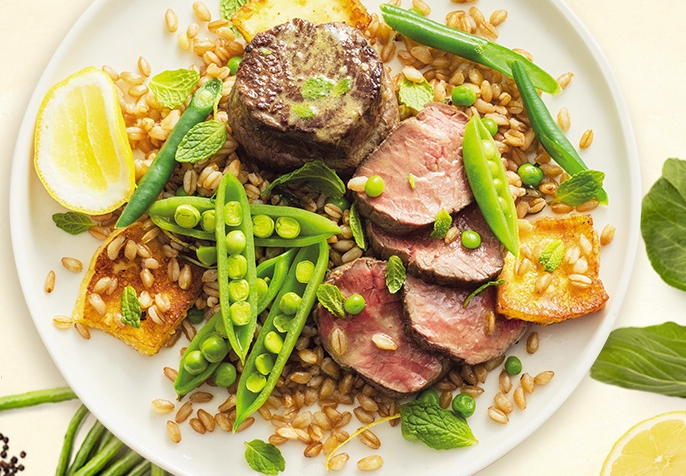 “There are three kinds of lies: lies, damned lies and statistics” is a quotation which Mark Twain attributed to British Prime Minister, Benjamin Disraeli.

Over a three week period the Sunday Star Times is conducting ‘an investigation into how environmental concerns are putting the heat on meat.’

Although much of the first article in the series was balanced and fair in its commentary, the main conclusion was clearly wrong, based as it was on misleading statistics published by the OECD. These appear to show a dramatic drop in the amount of red meat, particularly lamb and mutton, New Zealanders are eating.

Nobody would argue there isn’t a change in consumer attitudes towards meat consumption, both in New Zealand and other mostly first world countries, driven by health and environmental considerations. But the implication New Zealand has become a nation of alternative protein eating vegetarians on the basis of these statistics is a huge exaggeration which shows the danger of making assumptions without knowing how the figures are calculated.

On one hand the OECD figures are correct in very simplistic terms – during the calendar year 2016 total New Zealand red meat production minus exports, presumed to be the basis of the statistical analysis, dropped dramatically in comparison with all previous years, suggesting our domestic sheep meat consumption had fallen below 1kg a year, lower than the overall OECD average. This statistic was then used as compelling support for the journalist’s conclusions.

The problem with the OECD numbers is the absence of any adjustment for inventory changes, particularly pronounced in December and January, or allowance for large seasonal variations caused by drought or rainfall.

Because of New Zealand’s Southern Hemisphere geographical situation and its very high proportion of exports, statistics based on a calendar year are highly open to misinterpretation which is why the New Zealand meat industry works on a September year end. This doesn’t eliminate the issue of large swings in inventory levels, but this timing comes at the lowest activity point of the year, effectively the end of a season.

Without wanting to appear complacent, the meat industry is adamant the OECD statistics present an inaccurate picture of New Zealand’s domestic red meat consumption. Unfortunately, since the introduction of the Meat Board Act in 2004, meat processors have not been required to supply inventory and sales figures, hence the existence of blunt industry measurement tools and the lack of reliable movements in inventories. However what is not in dispute is the pronounced drop in pure volume terms of the amount of beef and sheep meat New Zealanders are eating today, but there are several reasons for this, not least cost, diet, environmental concerns and lifestyle changes.

Although everyone, including farmers, will agree farming methods must change to meet the challenges of climate change, environmental protection and changes in consumer needs and tastes, we have to accept New Zealand is a farming-based economy and exports at least 80% of its red meat and co-products, earning the country $6.2 billion last year. Replacing that in the immediate future is impossible, as is converting sheep and beef farmers into entirely new forms of economic activity. Nor is it necessary.

There have been substantial changes in land use since the removal of agricultural subsidies more than 30 years ago, although it must be remembered not much more than half New Zealand’s land area is available for agricultural production with large swathes being covered in natural forest, scrubland, mountains, lakes and wetlands. A third of the land is in the conservation estate.

Over that period since the late 1980s sheep numbers have declined by 60%, dairy farm land has increased by 75%, New Zealand’s wine industry has grown to occupy 37,000 hectares and expects to export $2 billion annually by 2020, forestry production has nearly trebled, while cropping and horticulture has replaced a small percentage of pastoral land. At the same time, on the outskirts of urban settlements, a small but significant area of productive land has been, and continues to be, acquired for residential and commercial development. Many of these changes occur at the margins in straight swaps from one land use for another.

In the second Star Times article much is made of the threat from alternative meat products, using the findings of an online survey to suggest New Zealand and therefore the rest of the world will progressively cut meat from its diet. New agriculture minister Damien O’Connor is quoted as saying he doesn’t think the meat industry has done much to help itself and now has to face up to these challenges, if it and farming are to survive. However, the good news is he is prepared to help. Given the importance of the meat sector to the economy, I imagine he should be.

Since the first frozen lamb shipment sailed from Port Chalmers in 1882, New Zealand’s meat and pastoral farming sector has evolved to overcome many obstacles and meet a multitude of challenges. It is far too early to read the last rites over the carcase of an industry which has been a fundamental part of New Zealand’s prosperity for nearly 140 years. It has shown a capacity to adapt to changing circumstances throughout its existence and this latest challenge will be no different.

I am confident our grass fed beef and lamb, farmed to the highest standards of animal husbandry, will continue to satisfy the tastes of discerning global consumers, but the eagerly awaited red meat story has a key role to play.

So many vegans seem to have health problems.
It’s not easy getting all the nutrients you need without meat.