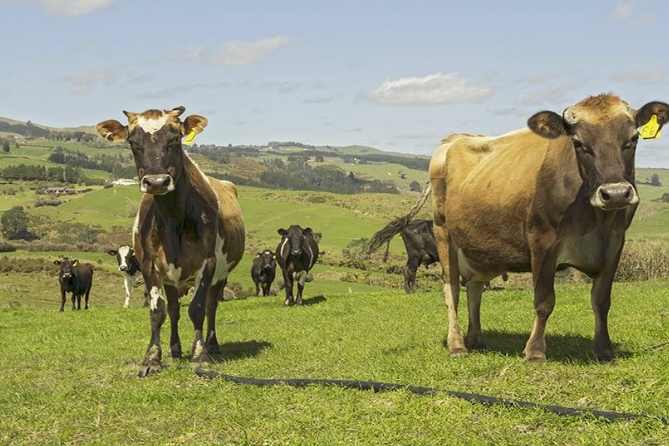 The results of the latest Global Dairy Trade probably took commentators a little bit by surprise.

The overall drop was predicted although it didn’t drop as much as I certainly expected (good news). However, the rather dramatic lift in SMP certainly took most by surprise given the large amounts in stock.

More demand for the UHT market, which is benefiting from growing demand in Asia, is mooted to be one reason for the SMP lift. Although one slightly more cynical view heard is that perhaps a large user has been running down stocks awaiting the large predicted drop in the SMP price and ran out of waiting time and was forced to come in and guarantee supply and overspending the budget.

The drop in WMP at only -0.8% was the best that could be expected given the increased volumes of WMP put onto the market by Fonterra and may help assure the $6.40 payout for the season.

A summary of shifts is:

Other news of interest is the gossipers among us are speculating on what the Fonterra gagging order on an ex-board member is all about. Speculation is she was going to spill beans on board room discussions over Fonterra’s China investments; if not that what else could it be?

An update on the mycoplasma bovis outbreak is, to date the disease has been confirmed at 26 properties which form part of 43 properties under a restricted place notice. A further 55 properties have been placed under a notice of direction, and on top of that more than 670 farms are under some form of surveillance.

MPI are confirming, what was being rumoured a while back, that up to $95 million may be needed to combat to disease and compensate affected farmers. But still no word on how far MPI are prepared to go to eradicate the disease.

The longer the state on impasse and uncertainty continues the more complicated life is going to get for the industry trying to come up with strategies for shifting herds and setting up grazing contracts etc. A bit of bright light for MPI is the preparedness of industry, including Beef+Lamb NZ.

On the technology front another semen sexing company has set up, this time in the South Island in Rolleston. All the focus to date has been on the dairy industry and with the increasing focus on reducing the wastage of bobby calves mating fewer cows to ‘herd replacement’ bulls (via sexed semen) and putting beef bulls over the rest must be coming attractive. New Zealand is ‘served’ by at least three sexed semen companies now which must be making the field reasonably competitive.

When will there be any accountability for Fonterra’s continued feeble-minded blundering around in China? It appears to have learned nothing since Sanlu (described by the World Health Organisation as ‘the largest food safety event… in recent years’.)

At the root of Beingmate, as with Sanlu, is Fonterra’s being so blinded by dollar signs spinning in its eyes that it appears incapable of the most basic of professional business practice. With Sanlu, Fonterra was reportedly ‘not aware of the practice of adulteration until one month before the incident erupted’. Fonterra also apparently said that ‘it never checked any of its partner’s products’. (Quoted dairyreporter.com, 19 June 14.)

Beingmate? Here apparently the trust is ‘personal’. Newsroom, 1st Feb 18, reported ‘Theo Spierings, Fonterra's chief executive, has often cited his relationship with Xie [Beingmate Group founder] as crucial to the links between the two companies.’ So that’s what professional management is all about. A personal relationship. Who needs anything else?

Was it 2015 a Beingmate dealer was involved in a scam repackaging cheap Beingmate as a more expensive product?

Fonterra's greatest achievement in China appears to be giving New Zealand businesses and politicians the reputation of being generally naive, gullible, even ludicrously unintelligent.

They don't pay the CEO 170k a week just for his looks.

Good link, Andrewj. I quote: 'Beingmate's infant formula market share has plunged from 9.3 per cent in 2013 to 2.5 percent last year, according to Euromonitor. Meanwhile, Fonterra's global arch-rivals have greatly grown their shares. Nestle's is up from 12 percent to 17 percent, Danone's from 7 percent to 10.6 percent and FrieslandCampina's from 4.1 per cent to 7.4 percent.'

What could these other companies know, have, or do, that Fonterra/Beingmate doesn't? Just maybe they understand the particular requirements of business professionalism in China as they do anywhere else. And, just maybe, their directors, shareholders, analysts and executives understand these requirements too, and expect their companies to fulfill these requirements without fail. Not in Fonterra apparently. There is just more of the same bovine behaviour throughout. And, due to the national scale of this outfit, it is a leading factor in degrading New Zealand's global professional reputation.