Allan Barber notes that while Trump pulls America back, the rest of the world is making large and effective multilateral trade deals at a rising pace. NZ is in many of them

Rural News
Allan Barber notes that while Trump pulls America back, the rest of the world is making large and effective multilateral trade deals at a rising pace. NZ is in many of them 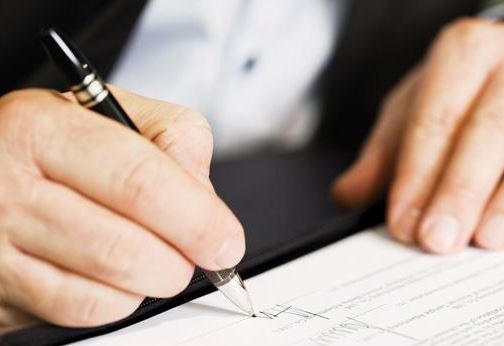 It’s ironical the same week the CPTPP agreement was signed President Trump proudly announced new tariffs on steel and aluminium which threaten to undermine the World Trade Organisation’s function as the global regulator of international trade.

The jury is still out on whether Trump can get the tariffs signed off by Congress and he has already created exemptions, at the time of writing for Australia, Canada and Mexico.

But it’s an uneasy period, particularly for a country as dependent on trade for its economic survival as New Zealand, because we might well get caught in the crossfire from a trade war.

Meanwhile supporters of free trade can celebrate the signing of the CCTPP which I admit I didn’t rate as a certainty in my tips for 2018 in January. There has been a lot of noise from those against the agreement, either because it doesn’t differ markedly from the original TPP since rejected by Trump or because 22 clauses negotiated by the USA, including Investor State Settlement Disputes provisions, have only been suspended rather than removed altogether. But I suspect the antis would have objected regardless, wanting neither the original nor current agreement to be signed under any circumstances.

Sceptics also argue the benefits aren’t that large without the USA, so question why it’s such a big deal. The figures are still compelling: the 11 signatories comprise 13.5% of global GDP and they already represent about 31% of New Zealand’s exports.

When CPTPP comes into effect, hopefully by the end of this year, tariffs will come down immediately to the same level as Australia enjoys on exports to Japan, the world’s third largest economy, as well as providing a level playing field for entry to countries like Canada, Mexico and Peru with which New Zealand does not currently have a FTA.

The advantage to the red meat sector is significant, affecting $1 billion of trade, approximately 20% of total meat exports with tariff reductions totalling $57 million when fully implemented.

Dairy stands to gain $86 million from lower tariffs on $3.3 billion of exports. These figures do not take into account potential increases in sales as a result of the effect of lower prices on consumption in the trading partner countries, nor admittedly do they anticipate possible imports into New Zealand which wouldn’t be very large.

Specific benefits will arise from the immediate removal of the WTO safeguard on frozen beef exports from New Zealand to Japan, currently in force and triggered by lower duty rate exports from Australia, although grain fed not grass-fed beef stands to gain most from this; elimination of all tariffs and quotas on beef into Canada over six years, and a similar elimination on beef by Mexico and Peru over 10 and 11 years respectively. Nearly all tariffs on sheepmeat will be removed when the agreement comes into effect, while Japan will apply an immediate 50% reduction on offal and processed meats and Canada will eliminate tariffs on processed meats.

New Zealand will also have new quota access for exports of key dairy products to Japan, Canada and Mexico including proteins and infant formula; these quota access arrangements have been put in place instead of eliminating tariffs because of the sensitivity of a number of signatories to the provision of open access for dairy products.

The CPTPP isn’t the only FTA under negotiation, although it is the closest to being ratified.

RCEP, a bigger and more complex beast, is still progressing and, if it can be brought over the line, will represent twice the percentage of global trade. This doesn’t account for the double counting of trade between partners to both agreements which are New Zealand, Australia, Vietnam, Singapore and Brunei, but notably RCEP also includes India, Indonesia, Cambodia, Laos, Malaysia and the Philippines.

The Pacific Alliance comprises several CPTPP partners – New Zealand, Australia, Chile, Peru and Mexico – and Colombia, while Canada and Singapore also attended the most recent meeting in January. This agreement proposes to negotiate a number of other areas than tariffs, such as customs clearance and border services, government procurement, trade in services, investment, digital trade, competition law, intellectual property and cooperation on climate change.

Our trade negotiators are also optimistic about starting free trade negotiations with the EU, UK and South American Mercosur trading bloc which includes Brazil, Argentina, Uruguay and Paraguay. There are however obstacles to concluding FTAs in a reasonable timeframe, as shown by the slow progress towards RCEP and the holdup of the Mercosur/EU agreement because of European concerns about food processing standards applying in the South American trade bloc. At least New Zealand has equivalence with EU standards which puts us in a good position.

Unfortunately Trump seems to take the view any American trade deficit is by definition a bad thing which ignores the logic and advantage of free trade, as well as the impossibility of having a trade surplus with every trading partner. Chris Liddell, a well-known New Zealand businessman with experience in corporations in this country and the USA (Carter Holt, Microsoft and General Motors), has changed his spots and will likely be driving American trade strategy.

In spite of several promising trade initiatives, mainly in the Pacific, Trump’s determination to make America great again by reintroducing protectionist measures may well lead to a trade war which will inevitably cause major disruption to world trading agreements. The immediate and long-term impact on global economies including the USA is unlikely to be good.

This article first appeared in Farmers Weekly. It is here with permission.

You have to have boundaries that protect citizens from too much overseas debt and buying property. Helen Clark maintained: "foreigners don't take it with them!" - tell that to Aucklanders trying to buy a house.