Net rural confidence has edged up in the first survey of 2018 supported by growing optimism among horticulturalists, says Rabobank survey

Net rural confidence has edged up in the first survey of 2018 supported by growing optimism among horticulturalists, says Rabobank survey
27th Mar 18, 12:06pm
by Guest 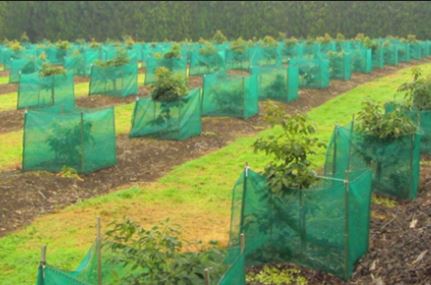 New Zealand’s farmers have started the year with increasing optimism, with rural confidence edging higher after two consecutive sharp declines recorded in the second half of 2017.

The first quarterly Rabobank Rural Confidence Survey for the year – completed earlier this month – has shown the nation’s net farmer confidence index inched up to +15 per cent, from +13 per cent recorded in the December 2017 survey, primarily driven by an optimistic outlook among horticulturalists.

While the latest survey found the number of New Zealand farmers expecting the agricultural economy to improve in the year ahead had declined slightly to 27 per cent of those surveyed (compared with 29 per cent in the previous quarter) – those expecting agricultural economic conditions to worsen had fallen to 12 per cent (from 16 per cent previously).

The latest results showed worries about government policies and intervention – while still a concern – were now weighing less on the minds of the nation’s farmers, she said.

“Of the farmers who are expecting the agricultural economy to worsen this survey, government policy and intervention was nominated as a reason by 42 per cent, compared with 80 per cent in the previous quarter,” she said.

Other factors causing concern were falling commodity prices, cited by 31 per cent, and drought, cited by 11 per cent.

For those New Zealand farmers with an optimistic view of the year ahead, commodity prices remained the primary driver of positive sentiment, however respondents were less bullish in this regard than previously, Ms Gourley said.

“Among the 27 per cent of farmers expecting the agricultural economy to improve, the survey found a notable decline in the percentage citing commodity prices as reason for their optimism, with this figure dropping to 42 per cent from 66 per cent previously,” she said.

“Instead, this survey found an increased percentage of farmers who were buoyed by market-focused factors – including ‘improved conditions in overseas markets/economies’, ‘increasing demand’ and ‘improved marketing of agri products’ – for their positive view on the year ahead.”

“This highlights a cautious optimism among farmers about how the economies of New Zealand’s key trading partners are performing, and how our agricultural products are positioned to take advantage of expected increases in demand.”

Looking by sectors, the survey found a significantly different picture when it came to sentiment reported in the horticulture and dairy sectors.

Net confidence among dairy farmers had fallen from +18 per cent in the previous survey to +11 per cent, the lowest level in this sector since mid-2016. Horticulturalists however, recorded the largest lift in confidence this quarter, with net confidence rising to +34 per cent, from +16 per cent previously.

Net confidence remained steady among sheep and beef farmers at +11 per cent.

“While commodity pricing remains strong for dairy, beef and sheep meat products, the comparatively lower confidence among dairy and sheep and beef farmers suggests that these groups have greater concerns than horticulturalists over how macro-economic factors such as government legalisation and the trade outlook will impact the overall agricultural economy.”

Ms Gourley said the marked jump in confidence among horticulturalists was being fuelled by positive developments in a number of key horticultural commodities.

“Driven by increased demand from consumers, Zespri have recently proposed additional Kiwifruit licenses and this is supporting confidence among growers in this sector. We’ve also seen increasing demand in both domestic and export markets for avocado, while in the pip fruit industry the harvest is underway and is looking good,” she said.

With only five percent of surveyed farmers expecting their own farm business performance to worsen in the coming year, Ms Gourley said this equalled the lowest level of individual business pessimism that has been recorded in the history of the survey.

“This record low level of pessimism about their own business outlook is a reflection of the sustained strong performance of commodity prices across almost all sectors and the relatively stable operational costs which continue to support on-farm profitability and strengthen the long-term viability of farming business across New Zealand,” she said.

The survey showed New Zealand farmers’ investment intentions had rebounded this quarter after dropping in the previous two surveys, with 29 per cent now expecting to invest more in stock, plant and land in the coming 12 months (up from 26 per cent) and only five per cent planning to invest less (down from eight per cent).

Horticulturalists had the strongest investment intentions of all farmers, with dairy farmers holding the weakest.