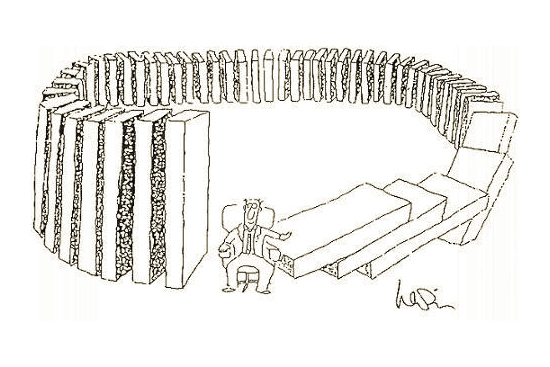 With the US having increasingly more hostile relationships with other major players in the world economy it raises the question as to how may these play out for New Zealand, in particular New Zealand’s agricultural interests.

The National Business Review (NBR) recently interviewed Trade Minister David Parker for his thoughts. He hopes that the WTO will be successful in resolving some of the underlying issues, in particular the “tit for tat tariffs” being undertaken by China and the US. He also believes that the CPTPP is becoming more important by providing access and lower tariffs in the face of growing protectionism. In replying to a question about whether the US could apply pressure on New Zealand to choose between it and China, he said that question has never arisen.

New Zealand, perhaps like Australia, is in the fortunate position where it has strategic benefit to the US through being involved in the Five Eyes intelligence gathering alliance and as a source of food products for China. Both are areas would could gather increasing importance if the tensions between the super powers increase.

As a response to the US proposed lifts in tariffs China has ‘proposed’ to put a 25% tariff on Ag products from the US. Currently China imports approximately US$16.5 bln of agricultural products from the US making China the number export destination of US Ag exports. Two thirds of this is soya bean which is mainly used as a stock feed in China. The balance of Ag exports coming from a range of sources including pork, approx. US$577 mln and beef. Beef exports to China have only recently re-opened after being closed for fifteen years, fallout from BSE, and for the six months ending December 2017 had risen to US$31 and climbing. Prior to 2003 the USA provided 70% of China’s beef imports.

On the reverse side China was increasing its exports of Ag products into the US and only recently (2017) the US allowed the importation of fully cooked chicken (at this stage). Latest numbers of China sourced Ag products into the US are approximately US$4.5 bln so a reciprocal lift in tariffs on Ag products is not going to impact upon China a great deal. The US proposed lifts in tariffs have focused on steel, aluminium and made up goods such as washing machines and solar panels which just incidentally most are sourced from China. President Trump has recognised that US farmers are going to be hurt by the proposed Chinese tariffs and has directed the US Ag Dept. to look at ways to protect US farmers. Presumably if this occurs will mean some further form of subsidy.

So what may this mean for New Zealand, given that the tariffs are not meant to be introduced until June 2018.

Firstly, if it was only the Ag side of the ‘war’ that had importance, there is going to be a lot of cheap stock food in the form of soya bean floating around looking for a home. Most of this is likely to go into livestock in other parts of the US and around the world, resulting in lower feed costs and more and or cheaper livestock production.

However, to balance that there is likely to be less livestock produced in China so it is possible that nothing really changes. Soya bean farmers still produce but get paid by somebody other than China for their product. China may produce less livestock, notably pork, but import more from other countries to make up the shortfall.

The more important part of the trade war may come from the additional US$100 bln in tariffs President Trump aims to impose upon China. It is unlikely that China will be able to (rapidly) find a home for the consumer goods currently exported in the US. Some may go onto the wider market but more likely production in China will decrease and lead to a slowdown in the Chinese economy. This will impact upon everyone, including the soya bean farmers in the US.

The only mitigating factor for food producers may be that China puts a priority on feeding its population and therefore food exporters (except the US with their 25% tariff) still have access to China’s markets.

However, if the rest of the world’s economies slow down on the back of China’s slowdown then there will be reductions in discretionary spending, amongst this, on food, especially high end products.

The anomaly is that fast food has been shown to benefit from trading down from restaurant eating in times of recession. Products such as infant formula, prime beef, lamb, venison among others rely upon a vibrant world economy and of increasing importance to this has been China. Any form of slowdown or worse is bound to impact on prices coming back to farmers and the wider New Zealand economy. The CPTPP may help retain access to other developing markets but the whole world economy is potentially at risk here and so no amount of cross border treaties are going to stop that and all countries will be impacted negatively including the US as it will still rely on other countries to trade with to maintain its economy.

The irony in all this, in regard to the US verses China trade is that, yes, there is an imbalance of approximately US$375 bln favouring China. However, when the resources that the US requires to maintain its population and economy are taken into account this is not surprising. With around 5% of the world population the USA consumes 25% of the world’s oil, 23% of coal, 27% percent of aluminium, 19% of copper etc etc. So trade imbalances shouldn’t be surprising.

Let’s hope between now and June some sense starts to prevail otherwise New Zealand will get caught up in this and be negatively affected, starting with our farmers.