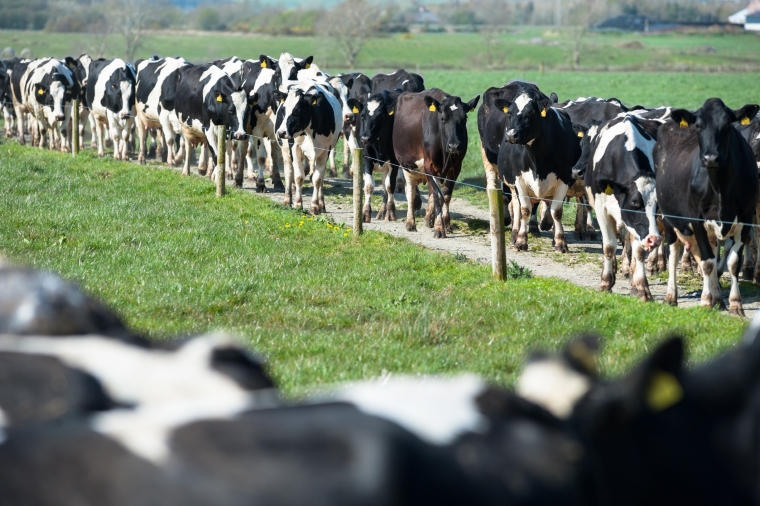 WMP has had a steady decline since early February (if we ignore the short-lived April rally). The only redeeming consideration is the kiwi dollar has been tracking a similar downward path cushioning the affect at the farm gate although making motoring an expensive past time. On that line the traditional relationship between oil and WMP seems to have had a breakdown with oil continuing to track upwards.

The continued fall in prices is considered a little surprising given European farmer are having droughts dropping productivity and pushing up feed costs. The EU has a mechanism called the Market Responsibility Programme which is activated at initially a voluntary level and then if a profitability crisis for farmers continues, at a mandatory level which limits the amount of milk farmers are permitted to produce to try and get the market prices back into an equilibrium. However, at this stage it appears that production is falling (due to climatic factors) but demand has not increased.

The latest GDT did put an additional 20% of WMP on the market which may have been a factor with its price along with uncertainty in China which tends to be the largest user. WMP is the key product for driving New Zealand farm gate prices hence the focus.

Fonterra’s share price dropped slightly to $4.99 and the kiwi dollar dropped to its lowest level against the US$ for two and a half years (US$0.655) however, much of this is attributed to the strength of the US$ rather than the kiwi weakening.

The cause of rational decision making around irrigation is not yet a lost cause despite the vote against the Tasman District Council Waimea dam scheme last week. Despite the vote to can the scheme Tasman DC councillors go into a closed session to revisit the decision on the back of some additional funding sources becoming available and review some different options. No guarantees, but at least a glimmer of hope.

At the same time a result for common sense has prevailed in Canterbury around a clause in ECans’s Plan Change 5. This rule required farmers to adopt “best practice” in regards to irrigation technology  and would increase the nutrient loss reductions requirements significantly greater than in earlier published  and agreed plans. Over time the PC5 was potentially going to cost land owners an additional $300 million, this figure under the new agreement (or the initial agreement) is looking more like $80 million. Much of this money is the cost of converting older irrigation systems to modern, more efficient systems and changes to the farming system to try and meet the new limits. The changes also needed to take into account climate, soil types and crops etc.  Plan charges 1 and 2 had the Selwyn and Hind districts reducing nutrient losses by 30% and 36% respectively, challenging enough and these level in PC5 were set to increase significantly.

At the start of August, the spectre of drought through an El Nino weather pattern was being mooted by NIWA. On the back of a warm dry July and for many a similar August it was starting to look too real. However, while the recent buffeting by cold, wet sou-westerlies has not been pleasant for livestock and farmers alike it has at least delayed the onset of dry weather for some time and means in most regions irrigators can remain turned off for at least another couple of weeks. Some warmer sunshine well be welcomed now as the mild winter has softened this writer’s tolerance to the cold and wet and the number of lambs sharing the fire heat was growing at an alarming rate.