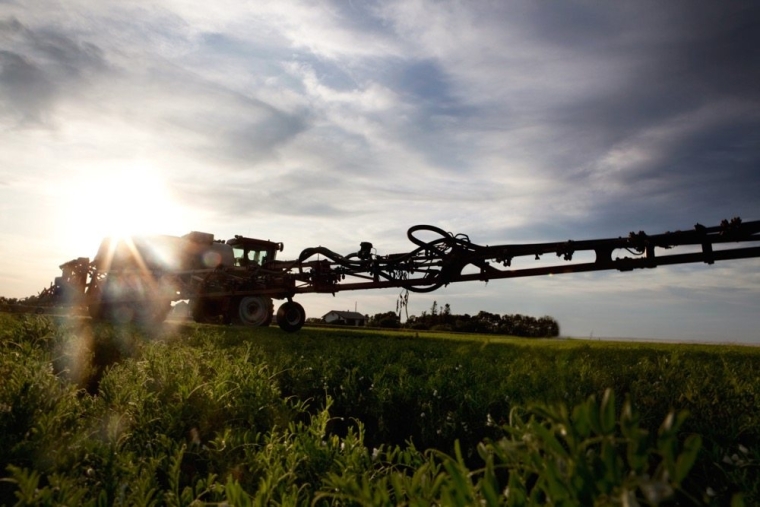 The Environmental Protection Agency (EPA) announced recently their ‘top’ 40 chemicals they believe are worthy of a closer look. One of the more interesting aspects of the list is that glyphosate is not on it.

This is a small victory to science over uninformed public opinion.

As the general public and ratepayers they have a say over what chemicals may and may not be used within cities and city councils have certainly responded with many councils through-out the world no longer using it. Councils have found other, arguably more appropriate, ways to manage weeds, sometimes by just ignoring them and getting used to the idea that parks are allowed to look a little scruffy around the edges.

In other situations councils have used more appropriate plantings that do not need the level of releasing from weeds to survive are a more sustainable longer term solution.

However, in most cases these options are not available to farmers and until a more user friendly and economic solution is found glyphosate is the best of the bunch. Critics of the chemical need to look at what the options were prior to the advent of Roundup in the 80s’ and if they think glyphosate is a problem, many older farmers are wondering how they have managed to survive this long with the cocktail of chemicals applied both to the land and themselves.

When looking at the 40 chemicals that are highlighted for further investigation many are those used a to closer to home than glyphosate. Nine of the chemical belong to the synthetic pyrethroid family currently used around the house, three are rodent poisons, several are garden herbicides and so the list goes on. The yet-to-be-proven issues supposedly associated with glyphosate are more likely driven by the dislike many have with the main chemical parent company manufacturing the product which has negative connections with seed control and the lack of trust.

A worthy quote to take from EPA Chief Executive Dr Allan Freeth is “… when an approval is granted for a chemical to be used in New Zealand that approval does not expire. The only legal way it can be amended or revoked is when the EPA, or an interested party, takes formal action”. Reassuring words for the agricultural sector which still is very reliant on chemicals for some time yet.

What consumers say vs what they do

The widespread rain provided welcome relief for dryland farmers and provide savings for irrigators. While a little patchy in some areas most have got some benefit to keep the spring growth going.

One thing everybody felt was the cold. Fortunately, lambing is all but over, although some calves freshly weaned looked to be feeling it. Saturday morning for some hardy souls, is farmers market day throughout the country. For stall holders this can mean getting up at 5.30am to be at the market set up by 7am to then freeze and wait.

Through the media and elsewhere farmers are being told that consumers value knowing where their food comes from and enjoy meeting farmers. This may be so in a broad sense however, it is not being translated into profits at Farmers Markets if comments from stall holders spoken to recently is anything to go by (be happy to hear feed-back from the regions to see if this is a general view). Producers are having to work harder and harder “to make a buck”.

In many cases the public are supporting the markets but generally their dollars are being spent on coffees and bacon sandwiches (not sold by the pig farmers) rather than on genuine farmer produce. In fact, judging by some markets the genuine producers are starting to vote with their feet and opting to find something more productive to do on cold early mornings. There are still a hard core of regular purchasers who build up a good conversational relationship with some of the stall holders but there is not enough of them to support the overheads and costs of producers attending markets and several stall holders spoken to are looking to by pass the markets and go direct to selling to retail outlets. A shame for both stall holders and the consuming public alike, as Farmers Markets have grown to be places to go on a Saturday morning and in some towns and cities have become a tourist attraction in their own right.

Everything has gone in the wrong direction for those selling livestock. Almost all schedules have moved down for the last few weeks and some categories are starting to look a bit sickly. The only fall that has been welcomed is the international price of oil, although it may be a while before reflected in what is being paid at the pump.

The manufacturing grades of beef have been the most heavily affected with M Cow now back into the $3 territory. Processors are blaming the high amounts of pork and poultry going onto the markets in the USA for the lack of interest in the key market which for lean beef (New Zealand style) means a five year low has been reached. Only the low dollar is providing somewhat of a buffer. Although even that is moving in the wrong direction for exporters with the USA economy having a touch of the wobbles.

Saleyard prices seem to have passed their peak with declines being experienced for the second week in a row.

The peak appears to have been reached earlier this year with processor support dropping off. Numbers coming through are relatively high at all sale centres. This is a likely response to a drier summer being forecasted and farmers being pro-active in de-stocking on a solid, if falling market.

A similar story is being related to the sheep saleyards. Good numbers coming through on falling, although sound, prices. An observation is that the lower prices have firmed up while the top end has come back somewhat. No new seasons lambs have found their way to the yards as yet but can’t be too far away.

Processors are calling for those with ewes to send to the works to get moving as if they want them processed soon as priority is going to be given to the lambs - presumably to beat mature teeth eruption and the resulting drop in value.

Not a good story at last week's Christchurch wool sale either with drops on most classes of wool, despite most being of good quality.

A 10 cent drop here also, taking some of the gloss off. Although farmers will still be pretty happy at current levels.