Guy Trafford assesses the mess the US dairy industry is in from the recent unintended consequences of bad trade policies. He also reviews Canterbury dairy farm sales activity

Rural News
Guy Trafford assesses the mess the US dairy industry is in from the recent unintended consequences of bad trade policies. He also reviews Canterbury dairy farm sales activity 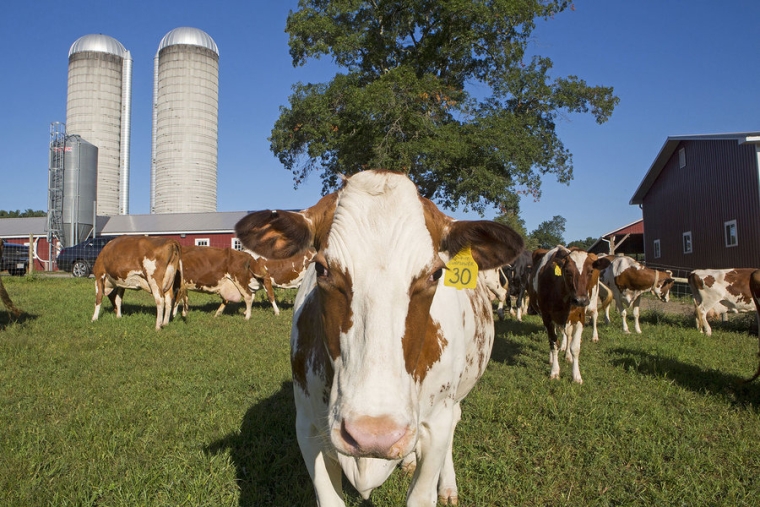 While most involved in New Zealand dairy farming are aware that around the globe nobody appears to be getting rich in the industry, some interesting figures have recently come out of Wisconsin.

It is the second largest American state for dairy production based upon cow numbers currently, and it is notable for the wrong reasons.

Between January 1st and August 31st this year 429 farms have closed down. This is likely to exceed the record year for closures of 2011 when 647 farms closed. While many of the closures are at the smaller end of the scale - less than 100 cows - an increasing number are larger and over 300 cows. The reasons given for the closures are the low returns and growing debts over successive years.

The total state cow numbers are decreasing from a high of 1.278 mln cows down to 1.275 mln. However, overall the US has been increasing it’s dairy herd from a low in the last 20 years of 9.01 mln cows to 9.392 mln last year. When individual cow production is examined the (over) supply problem multiplies.

Since 1992, according to the USDA, the number of licensed dairy herds nationally have fallen from over 131,000 to 40,000. So, the big get bigger and this model appears to follow the mantra production at all costs and try and be the last left standing.

Within Wisconsin, despite Trumps twitter attacks earlier this year on the Canadian dairy industry and its government support, the Wisconsin Farmers Union hosted Canadian farmers who came to the state to discuss supply management where limits are put on production to maintain farm profitability as a potential way forward. With a different approach, US economist Dan Basse believes until the China versus US trade war is settled, nothing is going to be solved in the dairy industry and at the moment he believes China has the upper hand. "We need to get that Chinese market open for US dairy products if we're going to see an end to this whole thing. The way the administration is negotiating, we have no idea when that'll happen," he said. From a New Zealand perspective this is not a solution that sounds healthy for our China dairy relationship.

While the uncertainty over the trade war outcomes may have dampened China’s enthusiasm to purchase international products, at least at the moment we have an advantage over US exports there.

On a different note, real-estate company Collier’s have released their latest review of dairy farm sales through Canterbury for the period from December 2017 to April 2018. Perhaps the most interesting fact to come out has been the consistency of numbers of farms sold. At 15 farms for the period the number is close to the average for the last ten years, although the data shows two outlier years of 2009/10 with only two sales, but made for in the 2013/14 period with 28 sales.

Prices per hectare have come off the high of $47,852 also in 2013/14 and for the last period are sitting on $43,788 - close to but slightly below the ten year average. Within the latest period it is worth noting that all finance has been sourced locally likely indicating that new buyers are kiwi residents. Prices for kgMS showed an average cost of around $35 with a range from $29.23 up to $40.69 but with most sales congregated around the $33-$36 range. All properties were irrigated with a preference to irrigation scheme based nutrient consents was observed also. The comment was included in the report that “dryland” properties are valued at between $17,500 up to $27,500 per hectare. Which leads to a mention that Stage 2 Central Plains Water is starting to flow. For most farmers signed up, not before time although the Canterbury Plains are still looking green.

There is more information here.

The US dairy industry is really two industries. One is comprised of around 40,000 family farms, often with under 100 cows. The other industry is of well under 3000 farms which have more than 1000 cows, and with these farm owners often having multiple herds. They industries have totally different business structures. I have written about that here. https://keithwoodford.wordpress.com/2016/04/08/americas-mega-dairy-farm…

Of course, both industries moan about the economics but the big boys keep expanding while the small farmers continue to go out of business. That will continue.with good scale efficiencies (under American conditions) to at least 6000 cows.

The Colliers Report that you refer to is telling an important story about Canterbury. dairying.businesses. The same underlying situation is relevant to all NZ dairy farms of more than about 500 cows. The issue is that it is these larger farms that tend to have the high debt. Lots of stress building up, with limited buyers who are able to meet current lending guidelines, and with current businesses, in many cases, under some stress to repay part of their debt. Smaller farms tend to have better security for their debt but many are till asking questions of themselves (and others) as to the pathways to the future. Under NZ conditions ,there are not the same scale efficiencies as in the USA, but compliance issues are becoming a big drag on smaller NZ farms.
KeithW

NZ dairy needs to create & market it’s own world consumer dairy brands not bulk powder exports or risk decline The tragedy has been the failure of farmers to agree to Fonterra proposal to borrow & create a separate dairy brands business many years ago . If they’d done that way back NZ Dairy consumer products would be well entrenched in world consumer markets.
Prices achieved for these ready packaged consumer dairy brands far exceed what bulk milk powder achieves as a mere commodity.
Forget about China as they’re game is to gain all intellectual property from NZ dairy US dairy & elsewhere
You are dealing with a Communist Peoples Party did not anyone wake up in Fonterra yet ?

Just as the global skim milk powder (SMP) and nonfat dry milk (NDM) markets appeared to be staging a recovery, India is planning to enter the world market with surplus powder.
https://www.milkbusiness.com/article/good-and-bad-of-global-powder-mark…

Am I right in reading this

Interpretation is if an irrigation scheme goes past a dry-land farm, the value of the farm automatically rises from $17,000 towards $27,000 as a result of the irrigation potential

thats about the cost of the centre pivot.

And you have committed to a system change!
Touches everything.

They should have gone to the beach and put their feet up. These low interest rates have kept prices too high for too long, shutting lots of young out or forcing them to take big risks to compete with corporates or large farmers who's banks back them all the way to hell and back. ( not sure about the back bit yet).

Puketepapa. It's always been an enigma to me that dryland goes up greater than the cost of the infrastructure (including water access) and have always had difficulty in convincing students that if you remove all the infrastructure (and water access) then the farm is (only) worth dryland values. It generally costs about $6,000 per ha to put on a centre pivot (Canterbury) plus about $2,000 per ha for water access (a one off purchase of shares which can be traded and usually for a profit). So presumably 'new purchasers' are prepared to pay a premium for somebody else to do the work and the 'proof of concept' for the new farming system. Also bear in mind that built into the irrigated land cost is likely to be a new cowshed (although less so now) although these still don't make up for the difference.

Do you think India is going to cause problems? Link above

"Turning to one of the world’s largest and fastest-growing milk-producing nations, India increased cow’s milk production at a compound average growth rate of 5.7%, compared to 3% in Canada, 2.1% in Europe, and 1.6% in New Zealand and the United States. Sharp calculated these figures using USDA estimates from 2013 to 2018 featured in the bi-annual Dairy: World Markets and Trade report.

“While India has soaked up much of its milkfat, the country is awash in skim milk solids and the glut has stoked fears that India will dump SMP on an already well-supplied global market,” says Sharp.

While I agree with the 6k for a pivot, the shares in new irrigation schemes is normally around $9-10k/ha, with $3-4k up front cash & the rest debt against the farm.(eg NOIC, Waihao downs) Central Plains Water is $2k but you pay $600/ha annually as an interest charge so I assume around $8k of debt/share.

At present there is no margin in converting such land when compared to existing farms. Here's some costs to give a guide for a 200 ha farm.

So that makes round $6k for pivot, and around $20k for irrigation & conversion costs. So if you take off $26k off $43k, you are left with $17k/ha, which is at the lower part of the range for dryland.

Plus you still have the fun "ironing out " period to go through over the first couple of years compared to an existing operation.