Guy Trafford analyses the sheep meat market showing the changes to where our product goes, and where our rivals are focusing

Rural News
Guy Trafford analyses the sheep meat market showing the changes to where our product goes, and where our rivals are focusing 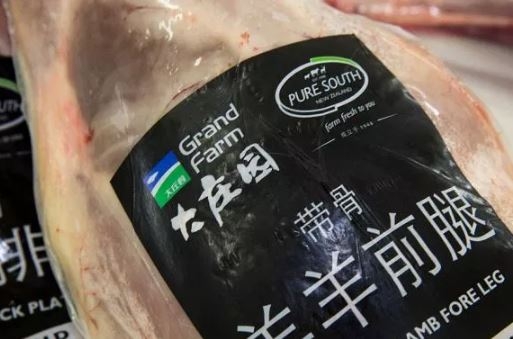 With the uncertainty around Brexit and what the balance of future access to both the EU and the UK for sheep meat could be, it may be timely to have a look at the drivers of international sheep meat trade.

Australia and New Zealand account for approximately 90% of international trade and both have declining flock numbers. Since 1990 Australia has dropped from 180 million down to 65 mln and New Zealand from 58 mln to around 28 mln today. It has only been the increased productivity of both flocks, in regard to meat production, that has kept the industry viable with the critical mass required to remain competitive.

Declining sheep numbers in developed countries has been a common pattern, despite lamb in particular achieving higher returns than poultry, pork and in most cases beef. However, in developing nations sheep numbers, climate permitting, are increasing. While Australia is New Zealand’s major international competitor they have, at least up until recently carved out different spaces for their trade.  Australia sent most of its lamb into the US and New Zealand into UK and the EU. What has changed in the last five or six years is the rapidly increasing demand coming from China.

China has the world’s largest sheep flock (175 mln) and up until recently has been largely self-sufficient. It can now lay claim to being the largest producer, consumer and importer of sheep meat. The China sheep flock seems to fit into two major ‘camps’ large scale (state owned?) farms and the more traditional herder flocks. The small herders make up the majority of the sheep numbers and are also largely responsible for much of the volatility in the China sheep meat market. They appear to operate counter cyclical to market signals and grow flocks when prices are high and reduce flocks when low thereby compounding the supply issues at both ends of the cycles.

China started to import sheep meat (and goat) in 2011 with low volumes appearing and peaked in recent times in 2014 to over 1 mln tonnes. 2017 showed a slight reduction. Most of the meat going into China is coming from New Zealand with 58% share, and Australia 41% with the balance seeming to be Uruguay. Both New Zealand and Australia are benefiting due to the demand being for what are traditionally considered the cheaper cuts, i.e. breast, flaps, brisket etc with 63% coming from lamb and 37% from mutton for the Australian exporters.

New Zealand has a similar profile and in dollar terms China took nearly twice the value in lamb meat at approx. $700 mln with mutton returning $380 mln. Both New Zealand and Australia are similar in that China is the largest destination by volume and second by value with for New Zealand, the EU (including UK still) the most valuable market and the US for Australia. Despite the volumes produced locally and imported sheep meat only makes up less than 5% of total meat eaten. However, the Chinese tend to see chicken and pork as convenient meats where-as lamb is seen as superior with more nutritional benefits.

Demand in China is only picked to get greater. Local supply while increasing with a reported 1.1% annual increase over time and a 2.1% lift in production. However, it is becoming challenged by climate, notably droughts and government regulations which limit stocking intensity and will cap numbers in some areas to limit potential erosion from over grazing. The number of Chinese in the US$35,000 income bracket is around the 10 mln currently but is picked to be up to 35 mln by 2022. This is likely to maintain or increase the current demand.

Sheep meat demand in other developed countries i.e. the EU and the US per head of capita may decline however, the over riding trend of growing populations and improved standards of living throughout the world indicate the demand for sheep is going to at least be maintained.

With regard to the EU and UK debate about how much of the current quota should be allocated as a percentage to each block, it is most likely to be a moot point unless something dramatic and unforeseeable happens. New Zealand’s current quota to all of the EU (including UK) is 228,000 tonnes. In the 2016/17 season only about 62% of this was utilised and last season this was down even further. Australia on the other hand managed to fill their (lesser) quota.

At the moment New Zealand appears to have a sound mix of export markets with the US the most valuable by tonne but the EU total value and China with volume. If the indications are correct China while not likely to hit the highest value per tonne may end up being the largest volume and largest cheque coming back. Good when it is all going well but they do have a habit of being able to turn demand on and off very quickly. Hence the value of retaining good access into the European countries. But with our reducing volumes for export it is unlikely the quota however it is divided is going to be threatened.

The current reducing returns currently being paid by processors for lamb also remind us that international demand is only one component, be it a major one, of the drivers of what is returned back to the farmer, with local short-term supply also being a major driver.

As the country starts to dry up pressure to move lambs is going to increase and prices are unlikely to improve much before the end of march if usual processor patterns are followed, last year being an exception.