Guy Trafford says that rather than running a pointless blame-game, we need to discuss the choices we have if we are to leave the country in better environmental shape

Guy Trafford says that rather than running a pointless blame-game, we need to discuss the choices we have if we are to leave the country in better environmental shape 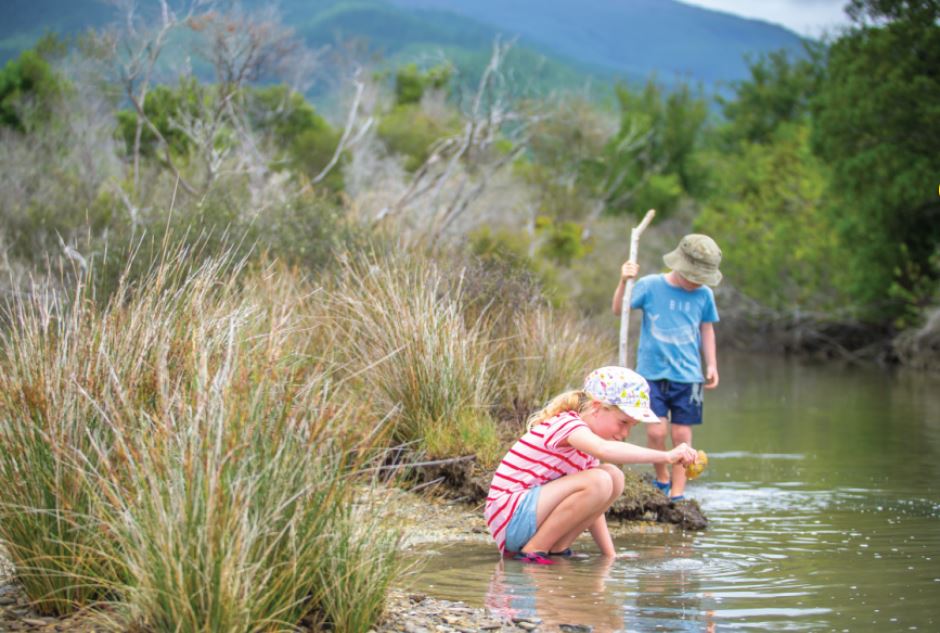 Upon the release of the Environment Aotearoa Report 2019 the media ran abuzz with the blame game. Particularly targeted was dairying with agriculture coming closely behind.

The reality of the report should hit home to almost if not every Kiwi.

The environment is suffering from all aspects of human impact be it in cities and towns that are expanding onto productive lands, to our fisheries being over fished to too many vehicles polluting the atmosphere. I can’t think of anyone who can point a finger at any other sector and say they’re to blame without knowing that they also are part of the problem. From the houses we live in, the roads we drive on, the clothes we wear and the food we eat they all come with some degree of ‘mining’ of our natural resources.

New Zealand, as with most other countries, is way behind in making positive decisions about how and when changes; no, sacrifices need to be made.

People can do what they may at the individual level but until a coherent national plan is made with strong leadership to drive it through little will change and reports like that which came from the Commissioner for the Environment and latterly the Aotearoa Environment 2019 report will gain some short term air time but rapidly end up in the rubbish along with a myriad of reports before them.

New Zealand’s economy has been built upon its natural resources, starting with whaling to timber then gold and latterly various forms of agriculture which for over one hundred years has provided us with the standard of living we have enjoyed. While tourism now vies with dairying as the single biggest earner as a whole agriculture is still our prime earner of overseas income. Thinking that cutting agriculture off at the knees is not the solution, but a review of how agriculture operates will be necessary but along with many other sectors.

If we are serious about trying to remedy the mistakes of the past, then everybody has to take some responsibility, and everybody needs to be prepared to make some form of sacrifice. Pointing to agriculture alone misses the issue entirely that New Zealand has a problem and New Zealand has to take collective responsibility. That is of course if we value our environment and want to leave our children and grand children something of what the older generation grew up with.

Governments roll out the phrase the we need “growth and prosperity”. Perhaps it’s time we went back to this premise if it means that to achieve it requires ‘inflicting’ yet more harm upon our environment and future resources. I am a baby boomer brought to experience a privileged life and enjoy the benefits that the country was able to provide. I would like to think that any grandchildren I may see (one day) will also be able to have similar benefits.

Our current pathway does not appear to be going to provide that.

By and large we have hit maximum employment with future labour productivity being provided by imported labour be it the RSE or permanent immigration and the land resource is at or close to being maxed out without creating yet greater environmental problems. So, the way forward will need to be created by a different pathway which does not mean “growth” if growth means losing our lifestyle and our future.

Agriculture is an important part of the picture but so also are how our cities and towns develop and transport is organised and to focus upon only ag as many of the greener groups have are missing the point.

There is a problem and it is a national one in which we all need to be part of a conversation, but it desperately requires some leadership.

New Zealanders can say any sacrifices made by them are a waste as we are such a small part of the solution, but this time we are talking about our environment and our economy.

Having the largest % area of protected land in the OECD is leadership. When will other countries follow? I don't think your grandchildren are going to somehow "miss out".

And the point being that if we continue down the growth road that protected area will at some stage have to be sacrificed.
Good article, not what people wish to hear and most simply have no idea of the massive resources they need to maintain lifestyles.

And among the highest in percentage of native species threatened or near extinction, too. How about that?

"Since we put the weir in, we've been able to collect hundreds of trout and diverted them to other river systems," Staley said. "What we've been able to determine from early surveys is that the native fish population is sustainable." Perhaps if trout were taken out of more rivers and whitebaiting was regulated - perhaps a moratorium on whitebait for 5years we would see an increase in native fish population.
https://www.stuff.co.nz/environment/112086150/defence-force-swaps-khakis...

35 species critically endangered out of an estimated 100,000 species. The decisions that let to the demise of the NZ species occurred ~900 and ~200 years ago. To suggest things are somehow getting worse doesn't hold water.

Sounds great if you think it only becomes a problem when something hits the critically endangered mark. Sounds even better if you basically don't care at all.

Great article. I completely agree that pointing the figure at someone else or political point scoring is going to get us nowhere, this is a collective problem that requires a mature collective response. This also goes for the private sector vrs the government. If we are going to solve these problems it will take a huge effort beyond what the government alone can contribute. Companies also need to be looking at how they operate and take some responsibility well beyond the current days regulatory requirements.
A huge effort I know, but seriously look at what is at stake.

Our waters are polluted in farming areas, Our environment is polluted in urban areas (from the summary).
The pollution is far higher even for waterways in urban areas, yet NZ is a very clean country - especially the South Island, people in the North Island tend to chuck out more rubbish on the road and beaches.
I would not feel ashamed to leave NZ in the condition it is in now, I don't feel the urge to try and return it to some mythical garden of Eden that never existed. Yes animals most easily hunted and good for food are gone from the wild but that is done. WE already have enough regulations protecting the environment, it's time to stop the madness of endless regulations.

The problem being that without action now things are going to get a lot worse. If you want NZ to remain as it is now ( but no better ) , then you are still voting for a lot more regulation. We really are in a tough spot.

NZ USED to be a clean country. Not so much anymore.

We definitely need to reverse things somewhat. Predator Free 2050 is a good goal.

But it is almost certain that global financial collapse is not far ahead, impossible though that scenario seems to be, to so many. The dairying 'industry' as we know it, is not long for this world. Who pollutes most? It does, sorry. And that's before you add in fossil-fuel use, fertiliser-theft (at arms length) and rainforest depletion re palm fodder. It was all about turning soil quality, biodiversity and resource stock-piles, into digits in a bank computer. The joke is that most of them have negative signs in front of them. If you indulged in total-cost analysis, they never were profitable - it's only the externalising that has made them appear anything else.

That said, I sense that Guy gets where we're going. Nice to see someone else questioning 'growth'.

Beyond that, we will require leadership of a Churchillian nature.

"So, the way forward will need to be created by a different pathway which does not mean “growth” if growth means losing our lifestyle and our future."

It is literally our "lifestyle" that creates the environmental pollution, pillage and plunder. Many aspects of our lifestyle will need to be sacrificed or "lost". We produce too much waste along the entire production/consumption chain and consume too much energy/resources for our current lifestyles to be anywhere near sustainable.