Guy Trafford muses on the role of foreign ownership in New Zealand, and the offshore market access advantage it has which is vital for how our agricultural commodity exports are sold

Guy Trafford muses on the role of foreign ownership in New Zealand, and the offshore market access advantage it has which is vital for how our agricultural commodity exports are sold 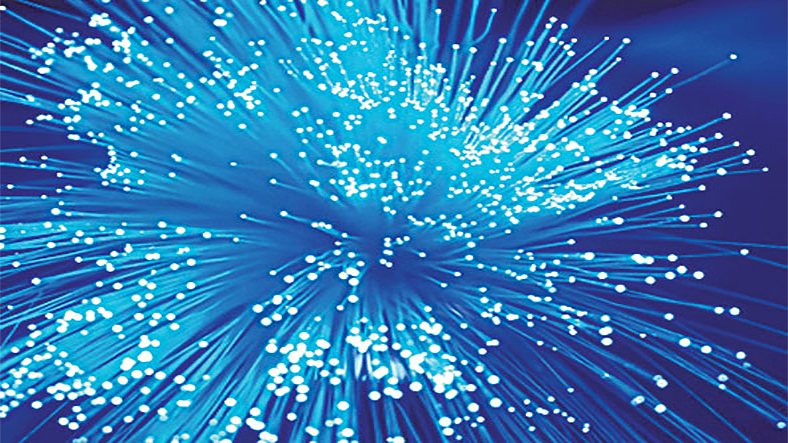 The sale of Vodafone and Tip Top this week prompted me to think about who owns the bulk of New Zealand businesses.

It certainly feels from the casual observer’s perspective that less and less is owned by New Zealanders.

Looking at the big picture New Zealand has investments abroad worth $24.5 bln. This pales into insignificance when looking at international investments into New Zealand which total $107.7 bln. The imbalance shouldn’t be seen as too surprising as there is a lot more money beyond our borders looking for a home than there is within.

The Vodafone sale for instance quoted 2.4 million users within New Zealand at the second largest telecom provider. But the international company which sold off the New Zealand arm (for a credible $3.4 bln) has 700 million users.

New Zealand appears to have two major problems in raising the capital to purchase, or expand, our own companies. This becomes particularly relevant when looking at our primary industry companies where we export up to 95% of what we produce. They are not only heavy on capital requirements, but they also require access to markets to achieve the returns investors require.

The capital requirement, or should it be the lack of investment, is notable with the co-ops as in recent times both Westland Milk Producers and Silver Fern Farms have sold all or a large slice of the assets to outside investors who not only have the money but also the markets.

Tip Top falls into this category with the sale to Froneri, which is a joint venture involving Nestle, for $380 million. The third largest manufacturer of ice cream, Froneri can access markets Tip Top could only dream about. In fact, due to the globalisation of the ice cream trade, Fonterra is apparently divesting itself of the marketing of Kapiti, as well while retaining ownership of the brand name.

Vodafone (NZ) new owners are essentially a 50/50 split between Infratil, a New Zealand investment company, and Canadian firm Brookfield Assets Management. The combining of New Zealand and international companies effectively gives the best of both worlds with the international component bringing in capital and expertise.

New Zealand’s largest source of investment money is likely to be the NZ Super Fund and many have thought this would be the ideal vehicle to support New Zealand industries. However, the reality is, this is not the case. At the end of 2018 the total fund this stood at over $39 bln with growth of $4 bln per year. Of this amount all but about 15% is invested overseas. Within New Zealand not a lot is invested in the primary sector, less than 1% in farming with a stack in Timberlands, the forestry company being the largest primary investment. Reading between the lines the Super Fund is wary of risky investment, as they should be given that they are responsible for investors funds and obviously there is a far larger fund to pick and choose from offshore rather than within New Zealand.

Another driver may be their aversion to investing in areas that may be exposed to or more importantly adding to climate change. This may be why they have stood back from looking at the primary sector more positively. Last year the fund achieved a worthy 12.43% return from all investments and over time has averaged over 10% so from a return perspective they appear to be doing a good job. However, given the lack of ready capital able to be sourced from within New Zealand it does seem a pity that not more of the Super Fund is diverted to be working more directly for New Zealanders.

Looking at where the international funds coming into New Zealand come from at the country level, using Stats NZ 2017 data, not surprisingly the largest contributor of stock of foreign direct investment is Australia with over $55 bln. Given the major banks, media companies and supermarkets plus other retail outlets not surprising and with CER a relatively simple process for Australia to invest here. Other countries are significantly back down the $$$’s ladder with the USA the next largest with over $8 bln.  China, which must feel to the rural sector to be buying up anything which is not tied down, is actually down at around $1.3 bln and perhaps surprisingly has ten countries ahead of it.

Foreign investment in New Zealand is around $100 billion which puts Australia at over 50%. The Chinese investments do appear to attract a lot of attention and largely this is due to the type of investments that hit the headlines. The latest being the investment into New Zealand fresh water assets and of course Westland Dairy which add a major part of New Zealand’s dairy processing to Chinese influence if not total control.

It is the Chinese attractions to our primary assets which gets them in the headlines more as these largely have moved from New Zealand control and makes many feel vulnerable. However, China does bring the capital and access to markets as key ingredients. Other countries as well as New Zealand investors also have the same access to these assets, but China obviously is prepared to pay more.

The lack of scale within New Zealand is likely to be a major impediment to many investors and when our largest firm, Fonterra, still only handles around 2% of total world dairy production it shows how small the majority of our companies are.

It is not just scale, but the quality of our company leadership really sucks, and Fonterra is a very good example of what is wrong.

Make sure you attract the right type of ready Investor. Now that the AML squeeze has been placed on NZ residential property, it would be interesting to see if criminal entities switch to more less protected commercial business ventures particularly if the have buildings and land attached to them (Agriculture as an example).
Take Canada for example; Did you know that they would be in recession right now if it wasn't for all the money laundering over the last few years. It has been highlighted that around $200 Billion Money Laundered Across Canada Over 5 Years.
Transparency International has also recently shown that this hasn't just been limited to residential property purchases but also commercial real estate, that is by no means immune to dirty money, and has been referred to as ‘deep cover’ for those looking to launder large sums. For instance, it is common to hold commercial property through special purpose vehicles – corporate entities set up to hold a particular asset or complete a specific project – whereas that is comparatively unusual in the residential sector. Large projects are also often backed by multiple limited partners who can remain behind the scenes and avoid scrutiny.

Better Dwelling article: Canada Would Be In A Recession Without Money Laundering
https://betterdwelling.com/canada-would-be-in-a-recession-without-money-...

NZ Inc is a small boat. The boat doesn't have very many sailors on board, nor guns to protect itself when it is invaded. In fact NZ Inc has already been invaded. We now have almost half a million Chinese calling NZ home? At least I think it's called home. It could be a beachhead for Beijing but we won't know that until it's too late. With very ordinary educational options available (other than to speak English) it's no wonder the opportunities for NZ Super & others lie outside the country. And you'd have to question how much of the Australian investment is Asian controlled as well. Yes, our leaders have let us down repeatedly over the years as many do not understand that the world is a big bad place that will rip you off with a smile on their face & not lose a night's sleep over it. Ever. Whilst here we are, fumbling around with kindness & fairness, the rest of the planet will continue to suck everything we have out to their benefit, leaving us as tenants in our own land.
When will we learn?

And a current Government that thinks "wellbeing" is more important than supporting companies, and growing wages to lift people out of poverty. NZ will continue to be a poor, low skilled country that imports more and more poor, low skilled workers to keep the ponzi scheme going, while anything halfway decent or innovative that NZ produces will be sold off to foreigners at the first opportunity. If only Jacinda focused more on doing things in NZ than dictating social policy for global media companies, we might stand a chance. Say what you like about Trump, at least he's out there fighting the fight for US corporations and workers.

The scarcity of domestic capital is one reason why a CGT should never be implemented here. It would take what is already a problem, and make it an even bigger one. The other problem is the NZX - there is no reason why companies like Tip Top couldnt IPO if the corporate environment was more supportive. NZ is currently losing more listed companies than it is gaining, so something desperately needs to be done there.

Super fund is important but don't forget the Kiwisaver individuals. Significant money is coming on stream there and escalating exponentially. I'm quite happy for most of it to be invested offshore, but if our financial institutions were reformed into reasonable business structures with portection for investment, more of it would stay here.
Lets make Kiwisaver membership universal and really turn that investment tap on. Good for the individuals as well.

I have no doubt that clevverer commenters than myself will correct this perception if it's awry. I understood that the prime reason for the Super Fund was to plug the gap between the unsustainability of National Super, and the rise of KS as the prime funder of personal super. National Super would then decay to safety-net levels.

And if that's actually right, then the Super Fund will be needing to liquidate those investments to hand on to pensioners. Wellbeing an' all that.

Which then implies that them investments need to be liquidatable, at least to the extent needed to provide the wellbeing stream required - an actuarial calculation that I'm sure has been run many times.

Which further implies that NZSF is far from being a long-term investor.....

If our companies (cooperatives) invested capital in profitable ventures, then they could retain earnings to secure ongoing business sustainability. Further to that, if we have goods the international consumers want, that will provide access to markets.

Damien O'Connor alluded to Fonterra retaining earnings at the Fonterra Conference, implying it is a must do. Given he also touched on DIRA one wonders if there will be a clause that state they have to retain earnings?