Fonterra faces a simpler, but probably less profitable future as its transformation takes place in markets that are growing increasingly uncertain. It may be becoming a dulled beast

Rural News
Fonterra faces a simpler, but probably less profitable future as its transformation takes place in markets that are growing increasingly uncertain. It may be becoming a dulled beast 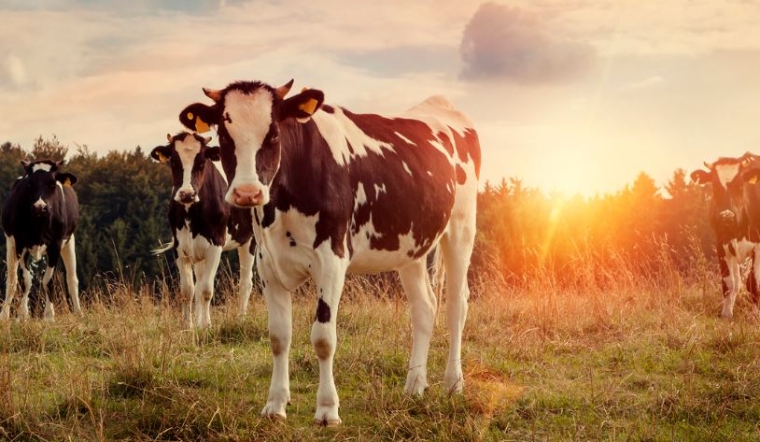 With the last Global Dairy Trade auction completed no great surprises occurred. The small drop (-1.2%) following small compounding increases in the past six months has put the average GDT price back to somewhere near the average for the last ten years.

I still have concerns over the WMP price continuing to decline (–2.1%) and while still above the US$3,000 level it is the one to watch. At its current level it is still slightly ahead of its five-year average although the lean 2015 period had a major influence upon this figure.

There seems to be wide and general agreement that next season will have a $7 in front of at least the opening gambit. This will be welcomed by all and while most developed countries are experiencing low inflation farm costs still seem to keep ahead reducing some of the benefits.

The biggest risk to dairy prices as usual is China’s appetite for milk among other food products. Fortunately, although China’s growth is grinding down, largely due to the US vs Beijing trade war New Zealand may be one who benefits as consumer demand for food continues to grow although apparently not form that sourced from the US. China does not have the ability to wind up US tariffs to the same degree as the US can do to China.

But China does have far greater control on what and how the Chinese spend their money and tariffs aside China has the ability to cut off spending on money US products even if it means making sacrifices within China. This has been shown with pork where even though China is grossly short of pork through African swine fever with up to a third of its herd needing to be culled and the US able to export large amounts, Chinese imports of US pork have been cut by US$6.5 billion.

While here meat schedules are not responding to an increased demand yet there are rumours that mutton prices are due for a lift on the back of Chinese demand. I can recall a similar situation (different drivers) when Japan stopped commercial whaling in the late 1980’s and New Zealand took the opportunity to supply mutton into their schools program from memory to replace the whale meat. Even the All Blacks went over on a promotional tour. I think this was the beginning of ANZCO, different owners back then.

Yet another dairy company has got the green light to go ahead, with the Happy Valley Dairy Company in Otorohanga now having the bulk of its required consents approved and construction due to start in September. With the Waikato having multiple processing plants setting or set up the long awaited DIRA review recommendations which must be getting closer will make interesting reading. Listening to Dominick Stephens (Wespac Chief Economist) the other morning discussing the New Zealand economy and what he was saying that he believed for NZ Inc to make some real progress it needs a real market leader to compete on the world stage. When pressed he said that the only real potential he could see was with Fonterra which is where we have a competitive advantage or a hi-tech company, no doubt still to be revealed.

To my mind Fonterra has a way to go before it can even contemplate being in such a position especially with its current mind set and financial structure.

Fonterra have released their latest market update and prices for the current and next season are generally lower than what most pundits were picking. The current season is looking like it will be between $6.30 - $6.40 a more narrow range than previous ($6.30 - $6.60) and next season the range is $6.25 - $7.25 which is almost no range given the breath of the numbers but perhaps reflects just how much can go wrong rather than what they expect to get.

With rumbles of impeaching Trump getting louder the potential for major disruptions to international markets are great, and can go both ways.

The Aussie drought seems to have claimed another victim with the impending closure of Fonterra's Dennington plant in Victoria. Over capacity (especially in light of climatic conditions) and “other significant changes” are given as reasons.

Further sales in the pipeline with the selling of their share of Dairy Partners Americas in Brazil (DPA), which is a joint venture with Nestle, and a strategic review of its two wholly-owned farm-hubs in China with the likely outcome of them being sold off.

Financially things still look tight for the big Coop and while volumes were up +4%, revenue was (only) up +1%.

However, normalised earnings before interest and tax fell 9% to $522 million. Hurrell said that there are some heightened risks in the fourth quarter to Fonterra's previous forecast normalised earnings and it lowered guidance to 10-15 cents per share from 15-25 cents. That implies a forecast range of $161.2-241.8 million, compared to $241.8-403 million.

For the consumer and food service division, it lowered its forecast normalised EBIT to $400-$430 million from its prior forecast of $475-$525 million. For its ingredients business, Fonterra lowered the forecast to $645-$725 million from the previous $750-$850 million range.

Given these results it can hardly be said that the Coop has managed to turn itself around. However with all the trimming going on it does look as though it will be a simpler business to manage. Whether that will pay the bills in the future remains to be seen.

We will end up with having no control over any of our processing at all, meat processing I think could be just 100% foreign control beyond the wimpy 50% of SFF. China with the control should there be deadlock anywhere, wine industry is almost 3/4 foreign owned if not already gone that, milk processing, only Fonterra left now that can be considered local (other than the odd boutique and I think Goodman Fielder might have some input in some) and I have long reckoned it will be worn down eventually and China will control the largest part of the industry, Turners and Growers, German owned. We are stark staring bonkers and will become as an entire country just bit players in our own country's economy which won't even be "our" economy.

Better hope Alliance can keep waving the flag of 100% NZ owned for the meat industry.

And then there is the Maori economy which I saw estimated as $50 billion, Ngai Tahu about $1.5 billion and they have a bright future.
Just to get back on topic, they are doing cows as well...

Yes and don't seem to attract the anti dairy movement like non Maori do. Maori investments in Miraka and the new Kawerau Milk plant have non kiwi investors. How many 'Maori' companies also have non kiwis as investors. Regardless of all of that the Maori economy has huge promise to lift their people, if funds are passed on down to the grassroots members.

It is heartening to see a shift in rhetoric that recognises the importance of NZ ownership of key NZ production and processing.
Would be interesting to see comparative analysis of change at farm level profitability linked with analysis of regional economy performance over the last 40 years that can factor in the regulatory changes in the NZ pipfruit, kiwifruit and dairy sectors.
Intuitively I would expect that the regional economies where kiwifruit and dairy are dominant will show maintenance or growth in regional economy health. This intuitive position is founded in the manifestation of impacts at farm/regional levels in Israel, South Africa and Australia where government regulated single desk (aka producer boards) were dismantled.
In those deregulation debates, the argument that the producer boards were anti-competitive, I sugges, was largely fatuous as recognition that pertinent competition was located in the international markets rather than local country of production was apparently absent. The ZESPRI model where NZ services are excluded from ZESPRI control demonstrates that competition for those domestic services works, while in the export arena, the market power consolidated into the grower cooperative means strong income streams flowing back to the NZ farmer and regional economies. The same applies to Fonterra. To put context around that, individually, some of the supermarket (or other entities) heavyweights NZ sells to have (or at least had - I'm a little out of date now) annual turnover exceeding NZ GDP.
There is also the price benchmarking function of strong cooperatives. This has been demonstrated by for example the Hawkes Bay Farmers Meat Company (HBFMC). Until it's demise, none of the North Island non-cooperatve meat companies would release new season lamb schedules until HBFMC released it's schedule. This continues to be demonstrated by Fonterra benchmarking milk solids value that non-cooperative operators much match to secure milk supply.
Fonterra may be the biggest milk products exporter but NZ is a true minnow at the production end, producing around 2% of global milk supply.
The near uniqueness of NZ in the global trade of agricultural product is also easily overlooked. Typically, NZ competitors in global export trade sell product surplus to domestic consumption. NZ turns that on its head with local consumption being either surplus to export production, or a function of loyalty to supply food to NZ consumers.