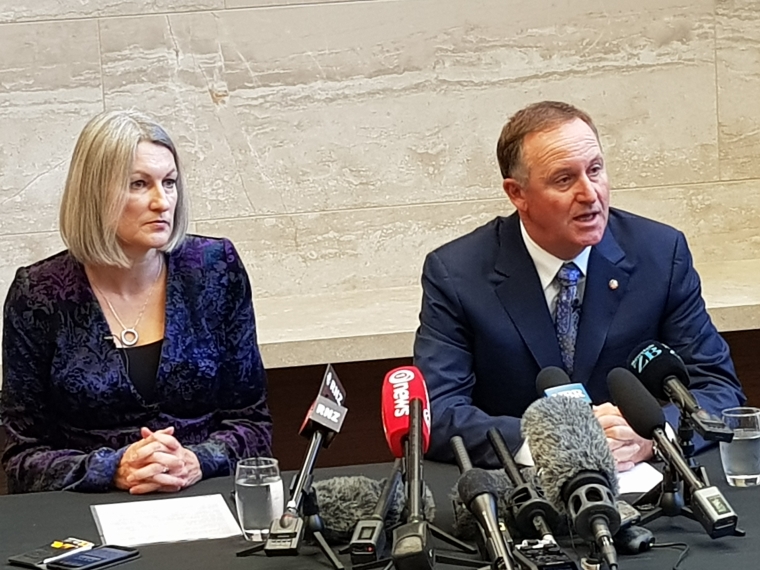 The Reserve Bank is requiring ANZ NZ to have two reports, one on its regulatory capital modelling and the other on its director attestation process, done by a Reserve Bank-approved, independent person.

This comes after ANZ was recently censured by the Reserve Bank, which also revoked ANZ NZ’s accreditation to model its own capital requirements for operational risk, citing a persistent failure in controls and the director attestation process at the country’s biggest bank dating back five years.

The Reserve Bank's three pillar approach to prudential regulation consists of self, market, and regulatory discipline. The self-discipline pillar relies on directors’ attestations to the fact that their bank has adequate risk management systems in place. Thus ANZ NZ's director attestation failure is a big deal, as detailed here.

As detailed by interest.co.nz, the Reserve Bank is also separately making ANZ NZ increase its risk weighted assets by more than $10 billion after reviewing its capital adequacy on farm lending and residential mortgage lending. This move comes with ANZ NZ having for years carried less capital against these loans than rivals ASB, BNZ and Westpac who also use the Internal Ratings Based bank capital approach. Combined, the two capital-related run-ins with the Reserve Bank mean ANZ NZ's minimum regulatory capital requirement rises by more than $1 billion.

“We continue to engage constructively with ANZ New Zealand’s board, and they remain focussed on these important issues. These formal reviews will allow us to work with the bank to ensure the public, and we as regulator, can have continued confidence in the bank and that it is operating in a prudent manner," said Orr.

He said reports such as those requested, under Section 95 of the Reserve Bank of New Zealand Act are part of the regulator's supervisory toolkit and provide independent assurance and insight about banks’ systems and practices.

In a separate statement ANZ NZ Chairman John Key said the bank's board has been working on starting the independent reviews.

"ANZ NZ will work with the Reserve Bank under section 95 of the Reserve Bank of New Zealand Act to commission an independent third party to look at its compliance with its capital adequacy requirements and the directors’ attestation and assurance framework. Section 95 has been used by the Reserve Bank in the past with other banks."

In 2017 Westpac NZ was also forced to undertake an independent review after being found to be using a series of capital models that hadn't been approved by the Reserve Bank. Westpac NZ was required to commission an independent report into its compliance with internal models regulatory capital requirements but not into its director attestation process. Westpac NZ recently said it's "making good progress with remediating [the] issues" that emerged in 2017.

“Section 95 reports are part of our supervisory toolkit and provide independent assurance and insight about banks’ systems and practices. We have used them effectively in the past, and we will continue to do so.”

What are internal, but nonetheless paid, RBNZ staff doing if oversight of the regulatory function is contracted out?

Nov 2018: NZ government proposes to include a competition objective into RBNZ's mandate.

Has anyone else already lost confidence in the new CEO after the Hisco house sale debacle? Off market house deal, at a loss to the company (and shareholders) and following a refurbishment and several years of credit driven appreciation? Surely this raises question marks on the suitability for the CEO role, which I believe the RBNZ have to sign off.

I wonder how much tax the Hiscos are liable for out of that transaction because there seems to be a fairly large transfer of wealth to them.

A damaging loss of trust and integrity to the Bank. The saga is producing more villains than a Wild West Hollywood movie.

surely the board should have known about that transaction ?
also what about the rest of the expenses they signed off on
looks like fingers in the trough to me approved by the board through inaction.
I see the RBNZ (better late than never) wants and independent report
and I hope IRD are looking at what appears to be a way around FBT

Key really looks like Oswald Copperpot in that cartoon

Given that bank directors have failed requirements so badly, what sanctions fines or penalties will be applied to them personally. Their treatment should be similar to the treatment meted out by the Commerce Commission for similar failures.

Commerce Act pecuniary penalties
86B Offences relating to information disclosure regulation
(1) A person commits an offence if—
(a) the person, knowing that particular goods or services are subject to information disclosure regulation, intentionally contravenes any information disclosure requirement relating to those goods or services; or
(b) the person is subject to an order under section 86A and fails to comply with the order by the date, or within the period, specified.
(2) A person who commits an offence under subsection (1) is liable on conviction to a fine not exceeding $200,000 in the case of an individual, or $1,000,000 in any other case.

A director of a company, when exercising powers or performing duties as a director, must exercise the care, diligence, and skill that a reasonable director would exercise in the same circumstances taking into account, but without limitation,—

(a)
the nature of the company; and

(b)
the nature of the decision; and

(c)
the position of the director and the nature of the responsibilities undertaken by him or her.

A person convicted of an offence against any of the following sections of this Act is liable to imprisonment for a term not exceeding 5 years or to a fine not exceeding $200,000:

(aaa)
section 138A(1) (which relates to serious breach of director’s duty to act in good faith and in best interests of company):

Does it matter?
NZ Inc would never ever try and punish the individual. That could be seen as not nice.
So the only option is a fine against the company, which is quickly passed through to consumers.

Either way no real punishment to ANZ. So no change in behavior.

They are bankers so no punishment will be dished out other than a slap on the wrists and be told not to do it again. Iceland seems to be the only country willing to prosecute and send their corrupt bankers to jail!

Dismissal over the expense claims is a ruse - oh what a tangled web we weave...

I wonder what else a royal commission might uncover? Seems like a similar culture to Australian Banking, during a similar expansion of credit for mortgages.

Was this multi-million dollar benefit taxed because, if not, this is tax evasion by both parties? Was it reported in the accounts? There is a total absence of governance and executive integrity here, I mean tell me they didn't depreciate the house and sell it to him and book value?? FFS what a joke.

I also wonder why the 2014 CV originally came out at $8.1 Mill and was then revised again that year downwards to $7.25 mill? Just an innocent keying error at the Council I guess?

These junior members of staff are causing havoc everywhere!

A beneficiary would been jailed for something similar. Two laws. And what was that apologetic interview in granny H with JK by Fran O’Sullivan about? As to be expected, Mike Hosking leapt to his buddy’s defence this morning. And JK’S erstwhile official biographer, granny’s opinion writer (now that’s transparent), jumped in with an impassioned defence of Hisco this morning. What has happened to independent, honest journalism? I’m no leftie, but something is very wrong in our society. Doug Graham, Jenny Shipley, even the Dipton double dipper....

Hosking is just a shock jock. I am centre-left, but I actually appreciate Matthew Hooton's commentary because while I don't agree with it all, at least I can usually see his rationale.

A couple of years ago i posted the essence of a conversation that I had with a young chap who was responsible for implementing the Basil 3 provisions for one of the large investment banks. He said that following the initial flurry following the GFC all the banks were going back to their bad old ways of grossly underestimating risk calculations and capital adequacy ratios. He said that the situation was as bad as it was before the GFC. One would expect that the ANZ as a main line vanilla bank, would be more conservative than the investment banks. One can only guess how bad thing are across the whole banking sector and heaven help us if there is another financial shock. Given things with China and the Middle East things could go pear shaped very quickly.

This may not be the right time to be stranded by the outgoing tide. I bet you it's as busy as, at ANZ HQ this week.