RBNZ enforces $10.1b increase in risk weighted assets on ANZ NZ related to mortgage and farm lending in a move that comes with an $800 mln increase to ANZ NZ's minimum regulatory capital requirements

Banking
RBNZ enforces $10.1b increase in risk weighted assets on ANZ NZ related to mortgage and farm lending in a move that comes with an $800 mln increase to ANZ NZ's minimum regulatory capital requirements 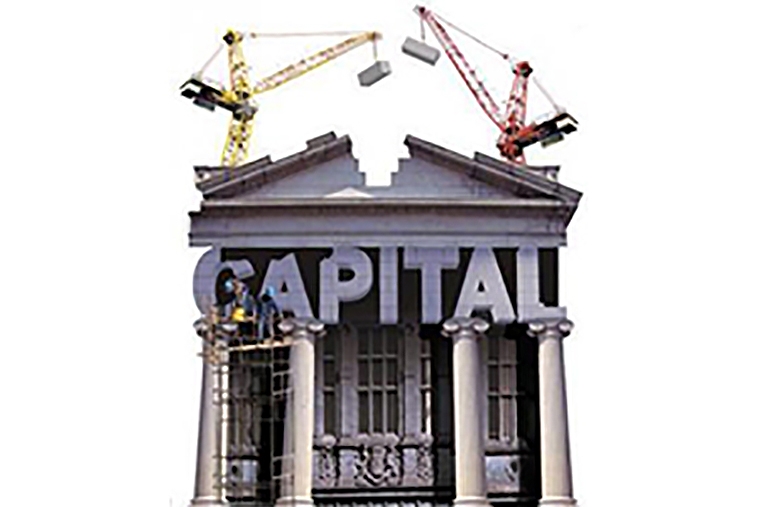 ANZ New Zealand is increasing its risk weighted assets by more than $10 billion after the Reserve Bank reviewed the bank's capital adequacy on farm lending and residential mortgage lending. The increase in risk weighted assets comes with a minimum regulatory capital requirement of $800 million.

This development is on top of the Reserve Bank having also revealed on Friday that it's revoking ANZ NZ’s accreditation to model its own capital requirements for operational risk, citing a persistent failure in controls and the director attestation process at the country’s biggest bank that dates back five years. On Friday ANZ NZ said this would increase its operational risk capital requirement by $277 million.

In terms of the $10.1 billion increase in risk weighted assets (RWA), ANZ NZ says although this implies a minimum regulatory capital requirement of 8% or $800 million, given it holds capital well above its current minimum requirements, there's not a direct link between the additional RWA resulting in the equivalent amount of additional capital being required.

The $10 billion of RWA is the equivalent of about 12% of ANZ NZ's March 31 risk weighted assets of $85.254 billion. At March 31, ANZ NZ’s total capital was $12.46 billion. ANZ is NZ's biggest lender. Recent half-year financial results from Australian parent the ANZ Banking Group showed $83 billion worth of residential mortgages in NZ, giving 31.1% market share, and $17.8 billion of rural lending in NZ, giving 28.5% market share.

"Effective 30 June 2019, the Bank’s conditions of registration have been amended to include a supervisory adjustment to the Banking Group’s capital adequacy calculations. This supervisory adjustment introduces minimum pre-scalar risk weightings for residential mortgage exposures and corporate farm lending exposures and is expected to increase risk weighted assets by approximately NZ$10.1 billion, based on 31 March 2019 exposures," ANZ NZ says.

Interest.co.nz asked an ANZ NZ spokesman for context as to why this is happening.

"The RBNZ have reviewed risk weights of our RBNZ approved farm lending and mortgage models and determined the outputs are not in line with their expectations and those of peer banks. This is on the basis that the RBNZ believes the quality of our loan books are not sufficiently better than the others to justify lower risk weights. As a result the minimum pre-scalar risk weights will ensure a minimum level of risk weight for these portfolios is reported from 30 June 2019. For clarity, the calculation of capital requirements of credit risk weighted assets has a scalar of 1.06 applied," the ANZ spokesman said.

"The estimate of a $10.1 billion increase in RWA requires a minimum RBNZ regulatory capital requirement of 8% or $800 million. The size of the increase in RWA will be influenced by the farm lending and mortgage portfolio composition including asset quality and portfolio size at the time these floors are effective. In addition, as ANZ currently holds capital well above the minimum requirements, there is not a direct link of this additional RWA, resulting in the equivalent amount of additional capital being required," the ANZ spokesman said.

ANZ, along with ASB, BNZ and Westpac has been allowed to use what's known as the Internal Ratings Based (IRB) approach to calculate regulatory capital requirements since 2008. That means they set their own models for measuring credit risk exposure, which they must then get approved by the Reserve Bank. In contrast all other New Zealand banks must use the standardised approach through which they have their credit risk prescribed by the Reserve Bank.

Asked about the ANZ revelation a Reserve Bank spokeswoman said; "The supervisory adjustment in ANZ’s housing and farm lending capital requirements resulted from the findings of the Reserve Bank’s recent benchmarking exercise. The aim of the benchmarking exercise was to understand whether differences in the IRB-accredited banks’ capital requirements for housing and farm lending portfolios were driven by modelling or portfolio quality. As an outcome of that exercise, the Reserve Bank applied minimum risk weights on ANZ’s non-defaulted housing and farm lending portfolios effective on 30 June 2019. ANZ estimated that if the supervisory adjustment is applied on 31 March 2019, this would result in approximately $10.1 billion higher risk weighted assets."

"For more information on the farm lending benchmarking exercise, please refer to the May 2018 Financial Stability Report. For more information on the differences between banks’ housing capital requirements and the Capital Review’s proposal to ‘level the playing field’ between standardised and IRB-accredited banks, please refer to Deputy Governor Geoff Bascand’s speech, ‘Safer Banks for Greater Wellbeing’," the Reserve Bank spokeswoman added.

RBNZ playing wak-a-mole with all the holes they are finding in the models. Interesting times!

In other words the ANZ has taken on too many risky loans in housing and farms just when these two assets are teetering on the edge of price drops.
Also the banks have too much money on a short term deposit basis while lending too much on a long term basis.
People now use bank term deposits as a temporary convenience while looking for something better.
There is a growing risk that the ANZ and other banks will run out of long term depositors creating a run on deposits, and a potential banking collapse.
The ultra low interest rate regime is nuts. People will not deposit money for the current joke returns.
When patience runs out, so will the cash.

They make two (2) billion a year in profits, I think your money is safe Olly.

It's amazing the ANZ shareprice is holding up quite well. I can imagine divies will be getting pretty small for the next few years, covering losses on the Aus property market and now an increased requirement to hold capital.

Banks don't lose money on property, it's the property owners who lose money.

They make money from lending. If they lend less...

Plus if the property market in Aus gets much worse, you can expect loan stress ramping up. Loan stress means people not able to pay their mortgages. This often results in banks refinancing loans and taking on more risk or bailing on mortgages and having to suck a loss. I am pretty sure their risk models will have a delinquent loans section, if this starts increasing, expect their capital requirements to increase, which they have to make up with reducing divies and storing more cash.

Not sure you know how bad this is, over a million homes considered stressed in Aus now: http://digitalfinanceanalytics.com/blog/mortgage-stress-builds-again-as…

Thousands of "liar loans" using "overpriced property" as security, This greed will end up in disaster but for who?

This is a very poor look for NZ's largest bank, two material regulatory reporting breaches in quick succession requiring >$1b of additional capital at a cost of at least $120m per annum (12% roe). I'm told the relationship between the RBNZ and the 4 banks has never been so adversarial, should be interesting. One more ANZ incident and people should be leaving the building.

Do you think the timing of these findings against the ANZ is incidental? Right as the submissions close on the proposed capital changes impacting the banks' use of internal models, the RBNZ put the boot in to the bank most vocal about the capital changes.

This RWA charge seems more recent... but on the op. risk issue this has apparently been a problem dating back 5 years... but the revoke the internal model usage on op. risk now. Perhaps the RBNZ could explain why now?

Could they not have made the RWA and op risk announcement at the same time?.... or did they think but announcing them separately would get more public support than releasing them together? Should that be a consideration of a supervisor wanting to promote the safety and soundness of the banking system?

All good questions, it's curious they were announced independently, yet so close together. The pendulum is moving in the RBNZ's favour though.

I would not be at all surprised to learn these were known issues internally but there wasn't the budget or IT windows available to address them. It always comes down to the numbers.

Just ask the Chairman for the Key to the Safety Deposit Box ...where he keeps his dosh....No sweat...All done.