Banking
RBNZ and TSB in the High Court seeking confirmation TSB has breached the AML/CFT Act, and thus how much it should cough up in penalties 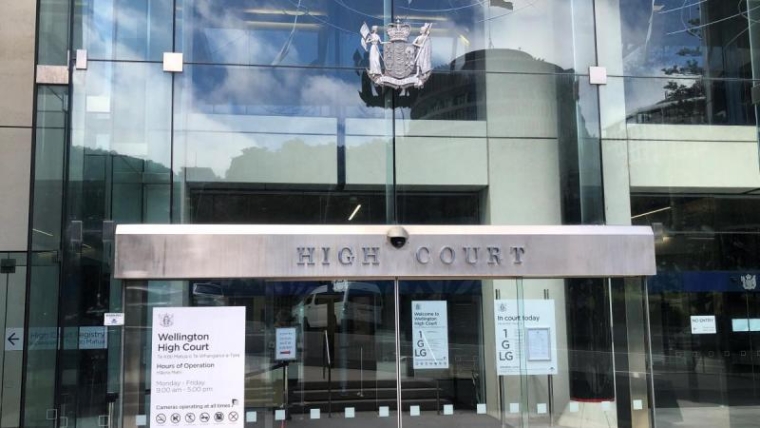 The Reserve Bank (RBNZ) and TSB are in the High Court today (Thursday) seeking confirmation TSB has breached the Anti-Money Laundering and Countering Financing of Terrorism (AML/CFT) Act, and thus how much it should cough up in penalties.

In May the RBNZ confirmed it was taking a bank to court for the first time, filing a statement of claim against TSB for "acknowledged breaches" of the AML/CFT Act. The RBNZ isn't, however, alleging TSB has been involved in actual money laundering or the financing of terrorism.

An agreed statement of facts struck by the RBNZ and TSB says that while the two have reached agreement, they acknowledge it's ultimately for the Court to decide whether TSB has committed any civil liability act, and if so the size of any pecuniary penalty it should be ordered to pay.

The RBNZ's statement of claim sets out it's applying to the Court for a pecuniary penalty payable to the Crown, with the RBNZ seeking penalties relating to four categories of apparent non-compliance by TSB:

TSB has been a reporting entity under the AML/CFT Act since it came into force on June 30, 2013. In 2016 TSB received a formal warning from the RBNZ for failure to review and update its risk assessment under section 59 of the AML/CFT Act. Then in 2019 the RBNZ identified that TSB continued to show inadequate and ineffective compliance with its AML/CFT obligations. Subsequently TSB said it was "actively remediating" problems with its programme to comply with the AML/CFT Act identified by the RBNZ, but acknowledged legal proceedings were possible and it had made a provision to cover a potential liability.

TSB’s remediation and agreed action plans in response to a 2017 assurance report stated that each of the areas of non-compliance and other areas for improvements would be addressed by specified dates. However, at the time of a 2019 RBNZ on-site inspection, TSB had failed to meet its own target dates for ensuring the compliance of seven specific policies that formed part of its AML/CFT programme with the bank between four and 22 months overdue.

According to the agreed statement of facts, TSB interpreted comments in an RBNZ report following an on-site visit in 2017 as an indication it was in full compliance with Section 57 (1) of the AML/CFT Act. The RBNZ accepts TSB’s interpretation was not reached in bad faith.

"Following receipt of the 2017 RBNZ on-site report, TSB, including senior management and the Board, believed that the RBNZ considered TSB’s AML/CFT programme to be compliant. From February 2018, management reported to the Board and board committees on the basis that TSB was compliant, including in respect of the requirement to have documented assurance measures," the agreed statement of facts says.

The RBNZ and TSB note that because it owned TSB Real Estate, TSB was unique under the AML/CFT Act in being both a registered bank and what's described as a designated non-financial business or profession. Through ownership of the realty business TSB was required, from the start of 2019, to undertake a full assessment of the risk of money laundering and the financing of terrorism expected via its realty operations.

Although TSB's risk assessment and AML/CFT programme for its banking operations referred to the activities of TSB Real Estate, it had not conducted a specific risk assessment of its realty operations by July 31, 2018, seven months after the AML/CFT Act was extended to the real estate sector.

"The level of [AML/CFT] risk arising in the real estate sector is significant."

According to the agreed statement of facts, from October 2017 TSB conducted inwards or outwards transactions with people in Botswana, Ghana, Serbia, Sri Lanka, and Trinidad and Tobago. However, documents intended by TSB to contain its risk assessment didn't refer to any of these countries. This, the RBNZ says in its statement of claim means TSB hadn't adequately designed and implemented all controls required to identify potential money laundering or financing of terrorism activities occurring within the bank's operations.

"The root cause of the failure to include the countries was the fact that TSB staff did not conduct comprehensive or sufficient quarterly reviews, in accordance with its AML/CFT programme, of a countries list that supported the risk assessment process," the agreed statement of facts says.

"TSB's Board, committees and senior management were not aware that the countries had not been included within the analysis underpinning the risk assessment. Engagement at senior management and governance level on this issue was at a sufficiently high level that awareness of the specific requirements in relation to high risk countries was unlikely. TSB’s records do not indicate any knowledge of this issue."

A follow-up conducted by an external firm in April 2019 showed between 83% and 87% of customer files sampled complied with customer due diligence requirements.

Meanwhile, a branch audit undertaken by TSB in July 2019 identified ongoing deficiencies in customer on-boarding, and that target sample reviews by the branch manager had not been completed. An end of month summary by TSB's bank and compliance support team to the end of July 2019, based on quality assurance samples from each branch, showed significant numbers of customer on-boarding errors discovered in sample checks, including one month in which overall on-boarding accuracy across TSB was determined to be only 86%, and three branches with average on-boarding accuracy of between 70% and 80% for April to July 2019.

In its statement of claim the RBNZ also raises concerns about TSB staff training for AML/CFT risks.

The agreed statement of facts says TSB has fully co-operated with the RBNZ from the outset, including during its investigation and in relation to court proceedings.  TSB’s AML/CFT programme will be assessed further by the RBNZ during its next on-site inspection.

Gareth, you know how to push blood pressures up! Your report really makes me angry. Foolishly last May I decided to invest some modest funds, (sourced from maturing bonds) across a few managed funds...silly me! Since then, I have been buried in paperwork, apparently intended to discover whether I am either a gun runner from Botswana, or a drug importer from Tobago. After several failed attempts to download, fill in, scan and resend, I am apparently still under suspicion and fully expect a vist from the heavies of the Reserve Bank/FMA to discover how I managed to pay for the new left front tire on my wife's car!
My investments are still in progress, pending more form filling!
This whole anti money laundering effort should be a national scandal which likely has costed the country billions in financial institutions and innocent investors bogged down in a paper war.
Sure NZ was, and probably still is a soft target for international fraudsters, but surely, we might have come up with more cost effective remedies. Perhaps in this case, gaol the TSB directors, put them in public stocks on the main street of New Plymouth, but not hit them with ridiculous fines which simply impose costs on their customers.
The next step in this ongoing drama will no doubt find the Reserve Bank guilty of lax supervision of financial institutions,...with heavy fines,....ultimately to be funded by the unsuspecting ordinary taxpayer?