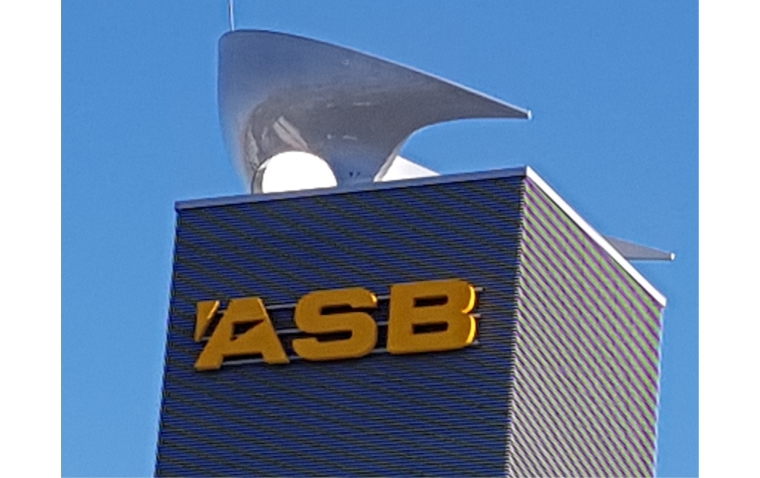 ASB's annual profit is up 38% to a new record high, helped by a big drop in loan impairments and strong housing lending growth.

The bank's net interest margin increased six basis points to 2.18%. ASB attributed the increase to stable funding costs and "changes" in its deposit and lending portfolios, with customers showing an increased preference for fixed-term loans and at call accounts in a low interest rate world.

Last year's profit drop was ASB's first in a decade, after reaching its previous record high of $1.274 billion in 2019.

"A decisive response from government and our banking system supported Kiwi businesses and households to be resilient during the pandemic. While a balanced recovery is still a significant way off, ASB is in a strong position to keep supporting Kiwis as we work together towards a productive and sustainable New Zealand," Shortt says.

ASB's not paying ordinary dividends to CBA for the June 2021 year. However, it will pay a $650 million dividend in September, equivalent to 12.63 cents per share.

CBA's results presentation is here, and its press release is here.

Someone ask the PM if we're being fleeced.

PM mission is house price growth......anybody hhelping her inachueve that goal is welcome and pat on the back from her and knights - Robertson and Orr.

Do anything and as long housing ponzi is supported and continue, have her support and will get a personalised signed Thank you card from her.

Wait for this summer and the prices will take a leap of 15% minimum.

The mantra by our PM is "sustained moderation", as people 'expect' the value of their most valuable asset to keep rising and this should keep on rising at any cost.

And they want the OCR to be increase further by a whopping 0.50%. So their net interest marging can go up to 3% ?

Banks have no control of OCR, RBNZ does. Their profits surged due to housing market being extremely hot. Yes, raising OCR helps with bank net interest margin profits. However, the drawbacks of cooling housing market by OCR hikes would also affect their home loan market and their mortgage customer base.

RBNZ will inevitably follow the path of bank bill rates which have more than trebled recently for the one year term.

Their profits surged due to housing market being extremely hot.

Their profits and the red-hot demand wouldn't exist if it weren't for their ability to lend the mortgage into existence. Commercial banks are always a large player and benefactor in housing bubbles.

Commercial banks are always a large player and benefactor in housing bubbles.
How Do Banks Create Money? A Walk-Through of Richard Werner's Papers

If Covid had truly devastated the world population, including NZ, then there'd be less people to live in, let alone buy, houses. What sort of position would the banks be in then?

How would an increase in the OCR (which increases cost of borrowing) improve margin?

Money is available much more at a cheaper rate for the Banks from overseas. They then lend it at the prevailing rates here (which go up or down based on OCR). So in conducive circumstances as now, the margin increases. Treasury operations of the Banks take care of this wholesale dealings. They are on the job 24/7 in many cases.

And also the spread is much more because of the very low rates they give to depositors. The percentage of OCR increase passed on is not the same between the two.

Is this news that we really want to hear?

Financialization’s business plan: Privatizing rents and paying them as interest and fees

Financialization requires going into debt in order to get basic needs – housing for instance. Instead of paying rent to the landlords, like you did ever since feudalism through the 19th century, housing now is bought on credit. So the rent that used to be paid to landlords is now paid to the banks as interest. Renters pay interest, and over the course of a 30-year mortgage the banks end up receiving more money and interest than the seller receives when he or she sells the property. So the idea of paying rent as interest for a loan to get property is how commercial real estate investors as well as homeowners operate.

This debt leveraging goes right throughout the economy. Instead of funding pensions or healthcare on a pay-as-you-go basis as they do in most of Europe, current income has to be set aside in advance and invested in the financial markets – in stocks and bonds, or in just plain financial gambling. The hope is to make money financially. But the way that the financial sector makes money involves exploiting labor. So labor obtains its pensions by financing the exploitation of labor in order go get financial returns to pay its pensions. That’s what Marx called an internal contradiction.

That sector uses this control to force the state to sell off its public enterprises, railroads, pension plans, it’s healthcare and all of this, and to privatize education, healthcare and other basic social utilities. Financial charges, management charges and stock buybacks are built into the cost of providing these basic needs. So financialization sharply increases the cost of the economy and it increases the cost of the economy in the form of rents, interest and financial charges paid to the Finance, Insurance and Real Estate FIRE sector – the FIRE sector, in a way that ends up shrinking the economy and preventing its ability to pay the debts. So financialization leads to crises, because its business plan is to get all the money for itself and impoverish the economy. But by impoverishing the economy, it does what Rome did, it leads to austerity and a Dark Age.

You can see this in education that’s been financialized in the United States. It’s provided freely from Germany to China, but to get a college education or even for many high schools in America, you have to take out a loan, at high interest (about 8%). As is the case with housing, the cost of getting an education is however much a bank is willing to lend the student.

The problem is that this leads to debt deflation. Financialization siphons off more and more of the economy’s income in the form of interest, financial fees, penalties and economic rents to the sectors that the financial and banking sector supports. Link

Great link Audaxes. Neo-feudalism is based around housing but education is another huge rort on the serfs. Tech is fighting back as this cannot last.

Thanks J.C. Another example:

The crisis in social care in the UK does not have just one cause, nor one simple solution. Chronic underfunding, an ageing population, the Brexit-induced labour shortage and the devastation wreaked by Covid-19 have all played a part. But the problems forcing the care system to the brink of collapse don’t just come from a series of exogenous shocks – they are internal too. The very structure of the sector is unstable.

The growing involvement of private equity, hedge funds and real estate investment trusts in the care sector in recent decades has brought about a rise in the use of predatory financial techniques, justified in the name of enticing capital into a sector that the government has persistently failed to adequately fund. According to data from the Care Quality Commission, these firms now own one in eight care home beds in England.

A screen of financial jargon helps investors avoid public scrutiny, but a slew of recent reports has begun to detail the many tactics used to ensure “healthy” returns on investment – and the profound and troubling consequences that these strategies have for the care sector. Link

Private banks, private equity funds and off-shore trusts. If tech wants to disrupt anything it wants to Robinhood this scam.

Oh this is dreadful. Mind you, the retirement industry in NZ is another huge corporate rort. I don't want any part of this. Voluntary euthanasia needs to be enacted in law.

No better joy than making money both ways.

Looks like we can order an extra turkey for table this December.

CWBW - we are the turkeys

All pigs are equal.

The banking industry is decrepit and now solely reliant on ripping people off and reliant its legislated privilege. The boomers can crow about how it's all been manipulated to their advantage. But the writing's on the wall. The sooner the banks and boomers die off, the better.

Entirely protected and we worry about our groceries!! LOL. Retail banking is just outright blocked from entry by capitalisation requirements. Ancient (weak measures even when enacted) legislation is a complete obstruction to any citizen value.

'ASB's not paying ordinary dividends to CBA for the June 2021 year. However, it will pay a $650 million dividend in September, equivalent to 12.63 cents per share'.

I'm a professional property renovator/investor and they are much, much better to deal with than BNZ and Westpac. So much so that when I picked which flats to sell to cover off the new debt tax I picked those with the BNZ.