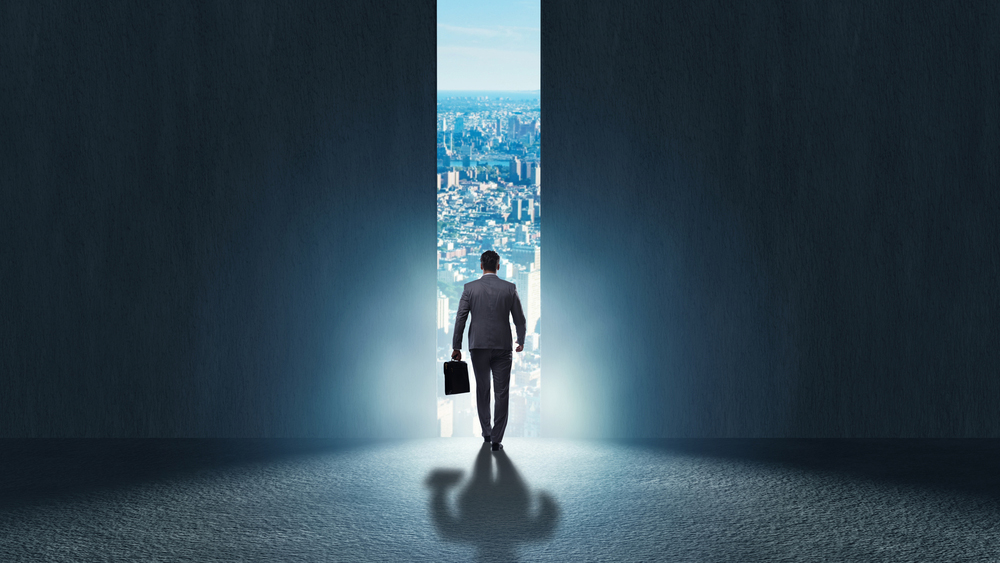 Former Reserve Bank Deputy Governor and Manager of Financial Stability Geoff Bascand has agreed to depart the central bank ahead of his resignation taking effect.

The RBNZ today confirmed Bascand left on December 17, after sharing information about a restructure at the Bank, which has seen a number of senior staff leave.

A RBNZ spokesperson told interest.co.nz, “Mr Bascand disclosed that he had shared information about the RBNZ’s leadership reorganisation to a third party which was unauthorised and a breach of protocol.

“Mr Bascand, who was due to depart RBNZ in early January 2022 agreed to bring forward his planned leave by a week.

“Mr Bascand apologised for his actions and accepts it was a lapse in judgement.

“The RBNZ Board and the Minister of Finance have been informed.”

Bascand’s departure on December 17 followed the RBNZ on December 14 announcing that Head of Supervision Andy Wood, and Head of Financial System Policy and Analysis Toby Fiennes, chose not to pursue roles in the restructure.

Orr denied assertions from Bridges and Seymour that 10 Tier 2 and 3 staff had left since June 2021.

Later in the day the RBNZ issued a statement saying 10 hadn’t left since June. Rather 10 of the Bank’s 26 Tier 2 and 3 staff had either left or made a commitment to leave, since June. Orr is the only Tier 1 staff member.

Seymour accused the RBNZ of spinning the truth.

Finance Minister Grant Robertson at that time expressed confidence in both the RBNZ board and Orr.

“People have all sorts of reasons for leaving jobs. I don’t think it’s fair on the governor for people to speculate about that,” Robertson said.

“I don’t believe the credibility of the central bank should be eroded. The Reserve Bank has done an excellent job in supporting New Zealand through an incredibly difficult time.

“All organisations have change and turnover from time to time.”

The RBNZ’s restructure coincides with its work programme expanding.

It is taking a more heavy-handed approach towards regulating financial institutions in line with recommendations from the likes of the International Monetary Fund.

It’s also implementing a deposit protection regime, considering a similar regime to protect insurance policyholders in the event of their insurer collapsing, embedding Māori values in its work, and responding to challenges raised by the proliferation of cryptocurrencies and climate change.

Bascand had been at the RBNZ since 2013. He plans to take up directorship roles.

For an opinion on the situation at the RBNZ, see this piece written in late-November.

I don’t believe the credibility of the central bank should be eroded. The Reserve Bank has done an excellent job in supporting New Zealand through an incredibly difficult time.

He really doesn't give a toss about lower-middle NZ does he.

Robertson's statement that you quote is neither an oxymoron nor a paradox...there is no contradiction within the quoted statement;  basically, it's just Robertson expressing his opinion that the RBNZ hasn't done a bad job followed by a sentence in which he says they've done a good job: no contradiction here.

And an oxymoron is just a very concise paradox.

The above statement is accurate-if you add the word houses after New Zealand.

Oh dear. Anyway, I'm sure he doesn't give a rats and can't get out of the building fast enough.

2022 is shaping up as the 'Year of the Pitchforks' for central bankers globally. They bought it on themselves to some extent, but important to remember that they're not entirely responsible for the mess they've created. An important pillar yes.

Correct. They don't set the legislation.

But they sign up, and earn huge money, knowing what the rules are.

So I don't have any sympathy.

He gives a rats as he is losing his high paying Government job where he adds zero value. Hence the bleat to whoever will listen.

“I don’t believe the credibility of the central bank should be eroded. The Reserve Bank has done an excellent job in supporting New Zealand through an incredibly difficult time... all organisations have change and turnover from time to time.”

Is the RBNZ a brand or the sum of its people? So the brand itself now will support NZ through the next incredibly difficult time? Turnover from time to time is normal but why omit the important qualifier which is the magnitude of the turnover?

Hopefully Māori values will see us sail through the next recession smoothly.

I know it sounds cynical, but I see the appropriation of Maori culture and values to position the RBNZ brand as 'inclusive'. Depending on how you look at it, central banking is destructive for Maori and definitely not 'inclusive'.

I can only speak for myself, but there is something very insincere about the RBNZ's adoption of all things "Maori".

This may come as a surprise, but we don't sit around and talk about Maori mythology on the marae and in day to day life. We talk about friends and family, the economy, what the fishing and hunting is like plus a lot of squabbling and bickering. So it feels synthetic to read this from a man who has probably never set foot in a marae and has nothing in common with the average Maori. https://www.bis.org/review/r210511a.htm

It's social engineering direct from the Maori caucus of the Labour party.

Embedding Māori values in its work ? What a pathetic joke. In reality, this is about paying lip service to them, rather than reflecting them into concrete actions and correct policy decisions.

Have the actions of the RBNZ, presiding over an increase of 30% of house values in one year through a stupidly reckless and highly damaging ultra-loose monetary policy, helped the Māori segment of population ? How is increasing inflation, disproportionally hitting individuals in more disadvantaged socio-economic status, helping the Māori (and others in the same situation) portion of the population ?

[ Personal attack not needed. Criticise policies all you want, hopefully revealing your alternatives. But there is no need to use personal abuse, ever. Ed ]

The only Maori employed there will be the washers

The only Maori employed there will be the washers

Not correct. I have cut and pasted Tania's profile below who is on the board. You hear very little from her. I would love to hear her perspective in how the RBNZ benefits Maori and how it fits in with Maoritanga.

Tania is a Director of Auckland International Airport, Tainui Group Holdings, and Ngai Tahu Tourism. She is a member of the Waitangi Tribunal, the Conservation Authority, the Waitangi National Trust and the Deep South National Science Challenge. Her past directorships include Mercury Energy, Global Women, AgResearch, Landcare Research and Oceania Group and she is an accredited fellow of the NZ Institute of Directors.

Some have said there aren't big probs in the RBNZ, that all these departures just happen with restructures...

I say bollix to that.

So the General Manager of Financial Stability is departing the Fiefdom of Orr on acrimonious terms?

I wonder what it was that he shared that was so controversial that it warranted him being publically fired by Orr for all intents and purposes.

The astute investor should be running a mile from the New Zealand economy.

And the New Zimbabwe Dollar

Too many politicians but no leaders...you wonder how we got to where we are today...

I would love to know if it was Orr or Bascand who made the worst decision ever to remove LVR's for no good reason. That single decision has caused inequality in NZ to grow to levels not seen for 100 years. Hopefully Bascand does a tell all interview very soon. If he was not the instigator of this damaging decision then it's in his own interest to clear his name. Orr is he too scared?

More drama than Shortland Street, looking forward to the next episode...

They have caused immeasurable damage to NZ's social fabric, and in time significant economic cost will be incurred too.

Hopefully this year will be the turning point.

[ "Sophomoric comment removed". As far as I am aware sophomoric, must relate to a sophomore-a US student, specifically a second year student.

Turf war over at RBNZ or not ?

The high turnover of senior staff hinted at problems, but publicly throwing someone under the bus only a week out from them leaving anyway confirms to me there must be a serious morale problem at the bank. Bascand would have had friends there, and this sort of action will leave scar tissue.

How many tier 2 & 3 staff do they have? What kind of percentage is this?

I'm not sure Geoff Bascand gives a monkey's ass that he has left early. Who, in their right mind, would stay to (1) work under Orr (who is considered incompetent by pretty much all of the Executive Management of major banks here, and in Australia), (2) implement "embedding Māori values in their work"? (and when you answer this, please don't go blathering about family, extended family, children, guardianship of fauna and flora, marine etc, as that is demonstratively, a lie).