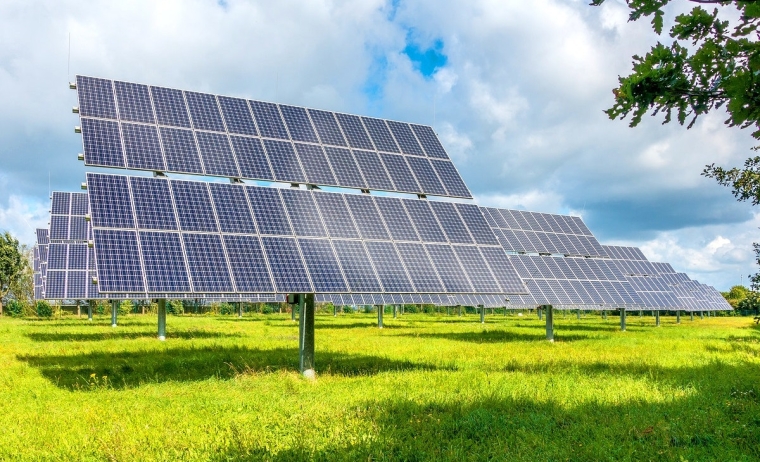 Finance Minister Grant Robertson says the Government may be able to save money by issuing Green Bonds in the place of some New Zealand Government Bonds.

Put another way, he believes the Government could pay less interest on the debt it issues if it assures investors the money they lend will be used to fund environmentally friendly projects.

He couldn’t yet say what portion of the annual issuance would be for Green Bonds, or what duration the bonds would be.

But speaking to interest.co.nz, Robertson said there is some evidence investors, particularly ones with shorter-term horizons, are willing to pay a premium, or “greenium”, for debt used to finance sustainable initiatives.

Robertson said demand for green bonds is high, with other sovereigns’ green bond issuances being oversubscribed.

Fisher Funds’ head of fixed income David McLeish was less convinced than Spicer that investors would accept lower returns for green bonds - “at this stage”.

He noted investors still ultimately consider the creditworthiness of the underlying issuing entity. This is the same, regardless of whether the debt is earmarked for a “sustainable” purpose or not.

However, McLeish said things could change over time if there is a larger pool of capital chasing a smaller number of green bonds.

ANZ NZ senior strategist David Croy made the point Green Bonds would further diversify the Crown’s funding programme. He said it’s good for the Government to tap into different parts of the market and deliver on investor appetite.

While Robertson noted the potential financial benefit of responding to this investor appetite, he denied Green Bonds were a gimmick.

He said they would add a layer of scrutiny to the Government’s “green” spending initiative, as issuers of green bonds need to meet international guidelines.

McLeish said, “Some of the governance surrounding the qualification of what is a green bond, and some of the initiatives being funded by this borrowing, have got better over the last few years. There is a lot more rigor around what is qualifying as a green bond and are worthy uses for that capital.

“But they [green bonds] do vary still, and there are quite a lot of differences across jurisdictions and industries.”

Robertson indicated he’s keen for the Government to set up a panel to select projects for the Green Bonds to fund. Eventually, this will need to align with the Budget process.

The Debt Management Office will unveil more details around the Green Bonds in mid-2022.

In the meantime, it will on December 15 update its forecast debt issuance programme. This will be released alongside the Treasury’s Half Year Economic and Fiscal Update.

McLeish expected the Treasury to downgrade its forecast debt issuance programme, as Covid-19 hasn’t hit the economy as badly as initially thought.

However, he said there is still a question mark around when the cost of responding to climate change will hit/the extent to which the costs will be frontloaded or backloaded.

The Government’s Emissions Reduction Plan, which it is legally required to publish by May 31 next year, will likely provide more clarity on this. Its publication is expected to align with Budget 2022, which Robertson has said will have a climate focus.

This misses the point.

As energy underwrites money, and renewable energy has a lower EROEI that fossil energy, the return must be 'less'. Simply put: less work can be done, per $ 'invested'. I guess you could argue that will meant paying less for interest..... At a certain EROEI, interest has to go negative (or your money/stuff ratio goes rapidly awry, or you get increasing defaults).

We are at the stage where 'economics' has to be challenged, re 'return' vs 'future energy available, to do work in the future to future-available resources'. This means 'funding' really means: 'allocating future energy and resources'. Takes 'budgeting' to a whole other place.....

Half the so-called sustainable initiatives, of course, aren't.

Hey Grant, you seem like a smart bloke. So, should Government:

(a) pay 0.5% (OCR) on 'debt' for green infrastructure by inflating RBNZ balance sheet and / or letting more spending accumulate in settlement deposit accounts; or,

(b) pay 2% or thereabouts on 'debt' for green infrastructure and give banks and investors a shiny new green (washing) bond to show off to their mates and shareholders?

Clue: (a) is how we built all those houses in the days when we got shit done, and (b) is what you do if your most important constituents are the ones that buy you expensive brandy in the Wellington Club.

Robertson "there is some evidence". Which means its sketchy or non-existent. Why on earth, when given two investment choices from the same entity (therefore same risk), would any rational investor chose the lower returning investment? Oh wait, rational. You can discount any greenist.

Because pension funds etc are going to need / want green bonds in their portfolio to offset their continued investment in planet destroying stuff..

Absolutely - this is about virtue-signalling, not physics.

I'm trying to think of something 'green' that govt would do, that would evoke investors to accept lower returns.  Pretty much everything govt borrows money for is essentially moral and good, hospitals, schools, roads, police etc.  Maybe the military could be an exception, but other than that I don't really see a moral quandry to solve.

I guess it's just marketing.

Basically a green washing exercise for the government. Most green initiatives and projects are never cheaper than traditional endeavours. With a lower yield and a higher premium, buying green bonds are like buying a green badge for the sole purpose of green boasting.

Of course certain segments of the market will buy this to offset the outlook and regulatory risks of their current ventures.

That said, might as well issue a government green crypto; at least the principal is paid by the next public buyer. Free funding for the government as long as the scheme keeps running.

For governments with sovereign currencies such as ours the issuing of debt is a pointless and futile exercise anyway.

If you look at the pressure on funds to not invest in tobacco, military , fossil fuels etc , theres going to be alot of money looking for a green return . smart move.