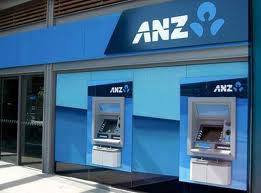 ANZ said the offer was priced at 95 basis points over the euro interest rate swap rate. Rick Moscati , ANZ's Group Treasurer, said the bank was pleased to have executed its first covered bond transaction for ANZ NZ despite a backdrop of volatile market conditions.

"Our funding position is strong, and we are well in excess of all Reserve Bank of New Zealand requirements."

The offer was managed by ANZ itself, Barclays, BNP Paribas and UBS with DZ Bank co-manager. The bonds are expected to be rated Aaa/AAA by credit rating agencies Moody's and Fitch, Moscati added.

ASB has established a 7 billion euro covered bond programme but hasn't yet issued any.

This ring fencing of a chunk of a bank’s balance sheet is why covered bonds have been banned by the Australian Prudential Regulation Authority as, in the event of a default by the bank issuer, depositors’ claims are diluted. However, the Australian government decided last December to change the law, and has introduced legislation that will allow Australian banks to issue covered bonds, possibly as soon as this year.