Big banks unclear what to do with NZ$1.07 bln of callable bonds due to RBNZ's Basel III capital interpretations

Bonds
Big banks unclear what to do with NZ$1.07 bln of callable bonds due to RBNZ's Basel III capital interpretations 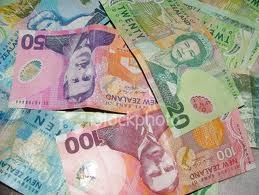 The bank issuers of NZ$1.07 billion worth of subordinated callable bank bonds held by thousands of retail investors face a more tricky than usual decision when the call dates come up this year because this particular type of bond is unlikely to be regarded as capital under the Reserve Bank's localised version of the Basel III global capital adequacy requirements.

All three bonds are currently regarded by the Reserve Bank as Tier Two Capital for the bank issuers. However, under the Reserve Bank's Basel III proposals, which it plans to phase in over the next few years, they won't qualify as capital and will be regarded as debt. (There are further bonds on issue in the same boat not set to be called or to mature until beyond 2012, see our bond issuer page for further details).

In normal circumstances the general market expectation would be that these bonds - the ANZ, ASB and BNZ issues - would be called and replaced with a similar type of issue by the banks. However, given the probable new regulatory treatment, the picture's not so clear.

"It's clear the existing instruments won't comply with their (the Reserve Bank's) view of Tier Two Capital in a Basel III environment," one market source told interest.co.nz. "They'll simply be debt to the extent they're kept on foot, but I think you can take it as an absolute certainty that no bank is not going to call those. Some will refinance them with a compliant instrument, others may simply refinance as senior debt or just let them be called and returned."

The Reserve Bank is currently consulting with the banking industry over the introduction of Basel III and says it doesn’t have a finalised date for the release of its final Basel III standards yet. In terms of Tier Two Capital, the picture appears more clear in Australia. In late March the ANZ Banking Group raised A$1.5 billion of Tier 2 Capital, with ANZ saying in its offer document the Australian Prudential Regulation Authority (APRA) had confirmed the ANZ subordinated notes were eligible for inclusion as Tier 2 Capital.

The uncertainty surrounding the ANZ, ASB, and BNZ bond issues comes after Kiwibank recently called a NZ$75 million unsecured subordinated bond, that was paying 7.72% per annum, on its March 20 call date and hasn't yet revealed plans to replace it. A Kiwibank spokesman has said only that Kiwibank continually reviews its funding options.

The Australian owned local banks are also keen that what's regarded as capital under Basel III by the Reserve Bank here, is also regarded as capital - for their parent banks- in Australia with differences in Basel III adoption between the Reserve Bank of New Zealand and APRA causing concern. Here the Reserve Bank is proposing that under Basel III all non-common equity securities would have to be converted to equity, rather than written off, either following a Reserve Bank direction, or if a bank is placed in statutory management. In contrast APRA is giving banks the option of conversion to equity or principal writedown. However, APRA says equity must be listed which wouldn't work for equity in ASB, BNZ, ANZ NZ or Westpac NZ.

Here's some comments on these bonds from BNZ:

In March 2012 the RBNZ released a Consultation Paper
entitled: Further elements of Basel III capital adequacy
requirements in New Zealand1. Among other things
(and very briefly), the paper proposes new capital ratio
requirements as a percentage of risk-weighted assets
and states that regulatory capital instruments must be
capable of absorbing losses to qualify as additional Tier 1
or Tier 2 capital. It also states that non-qualifying capital
instruments issued before 12 September 2010 can be
grand-parented over a three year period but no later than
the first available call date, with a cap at 67% from
1 January 2013, 33% from 1 January 2014 and no
recognition after 1 January 2015.

The New Zealand market contains a number of Tier 1
instruments and one Upper Tier 2 instruments which
are likely to be non-qualifying, and the release of the
consultation paper elicited market commentaries that
viewed many of these as a buy - the primary driver
being that even after grand-parenting they will still lose
substantial capital value in line with dates mentioned
above. The suggested outcome is that the banks will
therefore call or repurchase these instruments on the
next available call date.

We would recommend caution. The RBNZ proposal has a
substantially more accelerated timeframe for transitional
recognition than that proposed by APRA – a 10% dilution
per annum over a nine year time horizon. While, of course,
the RBNZ makes its own rules, the banking sector is
almost certain to respond seeking a more gradual
transitional timeframe, in some way harmonising with
APRA’s rendition of Basel III.

The point being that enough uncertainty exists to put into
question a buy recommendation on this basis, particularly
true on instruments issued pre-GFC and with low rate
reset credit margins. Nor do we believe the banks will
necessarily suffer from reputational damage from not
calling these instruments on the first call date – they are,
after all, perpetual securities!

Specifically, we question the rally in ASB Capital Limited
issues ASBPA and ASBPB, discounted instruments that
have rallied strongly in recent times on thin volumes.
The instruments reset at one year swap +130bps and
+100bps respectively, and despite the fact they contain a
buy-out right, given the low cost of funds and perpetual
nature of the instruments, the exercising of the buy-out
right is likely to come only from moral compulsion or
perhaps even a directive from the RBNZ. In any case –
it is not clear cut to us whether or not there is value at
these levels.

A similar case may be made for the Tier 1 BNZ Income
Securities Limited (BNZIS) and the ANZ National Upper
Tier 2 (ANBHA), which reset next year at relatively
subdued credit spreads.

Finally, despite the possibility of tactical funding gains,
the New Zealand banks have proven willing to call a
number of Lower Tier 2 instruments, and we believe
the consultation paper will have little additive effect on
that behaviour.

Gareth - just out of interest which instruments qualify as tier 2 capital under Basel lll and which of those outstanding can be grandfathered.

Just asked a contact at the RB and he didn't know for sure -  but certainly not his dept. or area of concern.

Stephen, the final RBNZ Basel III guidelines aren't yet out. They are still "consulting."