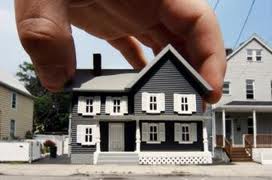 Parliament has received an under-whelming response to a bill proposing a legislative framework for the controversial bank funding tool of covered bonds, with the Finance and Expenditure Select Committee receiving just six written submissions.

The deadline for submissions closed earlier this month and just six have emerged on Parliament's website. Five support the Bill with just one, from Geoff Bertram, a former senior lecturer in economics at Victoria University and senior associate at Victoria's Institute of Policy Studies, opposing it.

The other submissions include one compiled by law firm Russell McVeagh on behalf of ANZ New Zealand, ASB, BNZ, Kiwibank and Westpac NZ. It covers technical drafting recommendations for the Reserve Bank of New Zealand (Covered Bonds) Amendment Bill. Other submissions include one from Westpac, plus a brief one from Russell McVeagh itself, fellow law firm Chapman Tripp and auditing and financial services advisor PwC.

Westpac's submission is from Mariette van Ryn, its general manager for regulatory affairs and general counsel, and Loretta DeSourdy, its head of regulatory affairs. Westpac's major concern in its submission is a potential jail term of up to a year and/or fine of up to NZ$1 million for any bank staff who mess up a covered bond issue by not complying with the letter of the proposed law, and possible flow on impact to its parent's ability to raise money in the United States.

"This is a particularly harsh penalty for a breach of legislation that is designed to help New Zealand banks access covered bond markets," Westpac says.

"Furthermore, the conviction of an offence for a New Zealand bank could have unintended consequences for the New Zealand bank or a related body corporate of that bank. For example, Westpac Banking Corporation (Westpac NZ's Aussie parent) could lose its 'well-known seasoned issuer' status with the United States Securities and Exchange Commission, hindering quick access to the United States capital markets."

Westpac argues a harsh enough penalty would be the inability to access covered bond markets for a period of time set by the Reserve Bank.

Covered bonds are dual-recourse securities, issued for anywhere from three to 10 years, through which bondholders have both an unsecured claim on the issuing bank (should it default on the bonds) and hold a secured interest over a specific pool of assets - generally residential mortgages - called the cover pool.

Due to their dual recourse security, covered bonds generally attract the highest possible AAA credit rating (which is higher than the bank issuer's own ratings) and are therefore a cheaper form of funding for banks than standard bank bonds.

However, because covered bonds carve off some of the banks' best assets for the benefit of covered bondholders - in the event of a bank default - bank depositors' claims are diluted. This meant covered bonds were banned in Australia by the Australian Prudential Regulation Authority (APRA) until last year when the government, after lobbying by the major banks, bypassed APRA's concerns and enacted legislation allowing covered bonds.

Critics argue covered bond legislation will effectively enshrine the rights of investors, mostly European institutional ones, to some of the residential mortgages written by New Zealand banks ahead of local bank depositors, who currently have NZ$108 billion in term deposits in New Zealand's banks.

As previously reported by interest.co.nz Bertram argues the fact a bill establishing a legislative basis for covered bonds is before Parliament shows "regulatory capture" of the Reserve Bank by the banking industry given covered bonds should explicitly be prohibited by law.

Introducing the Bill to Parliament in May, Finance Minister Bill English said it would provide greater legal certainty for investors in the unlikely event of a bank defaulting. English also said covered bonds offered significant benefits for banks as a long-term source of relatively stable finance.

Around NZ$27.5 billion could be borrowed by big 5 through covered bonds

The Reserve Bank says banks may use up to 10% of their total assets as collateral for covered bonds. This includes assets held as over-collateralisation, which refers to the degree to which cover pool assets exceed the covered bond liabilities. Based on the total asset levels in the big five banks' latest general disclosure statements, 10% is equivalent to NZ$34.32 billion.

The Reserve Bank expects actual covered bond issuance to be below 10% - probably around 8% - as the banks take into account the need for over-collateralisation. That could see up to about NZ$27.5 billion borrowed through covered bonds by the big five based on their current asset levels. So far BNZ has borrowed the most, at about NZ$4.4 billion, equivalent to 6.1% of its total assets.

Meanwhile, in its submission Westpac also argues for a statutory minimum over-collateralisation limit of 105%, pointing out the minimum on New Zealand banks' covered bond programmes thus far is between 103% and 111% and the Australian legislation level sets a 103% minimum. Westpac suggests investors' would get extra comfort from having this requirement entrenched in legislation. The bank also says credit rating agencies impose a higher contractual minimum for AAA rated covered bonds of about 120%.

Commercial property loans to be used as security?

Westpac also raises the possibility of commercial property loans being used as security for covered bonds as well as the residential mortgages used by New Zealand banks to date.

It says the value attributed to the loans secured by residential mortgages for the purposes of determining the statutory minimum over-collateralisation limit should be limited to loans with a maximum loan to valuation ratio (LVR) of 80% and 60% for commercial property loans.

"Loans with higher LVRs than 80% should still be permitted in the cover pool, but with an appropriate haircut for the purposes of that test. This would be consistent with legislation in a number of overseas jurisdictions including the European Union and Australia."

A residential mortgage class should include the following eligibility criteria for assets in cover pools, according to Westpac; home loans secured by New Zealand residential mortgages, at call bank deposits, registered certificates of deposit issued by New Zealand registered banks (excluding the covered bond issuer itself), and contractual rights relating to the assets in the cover pool.

The Select Committee is due to report the Bill back to the House by November 22.

But Mr Bertram called the RBNZ out nicely:

"As an ordinary depositor with two of the New Zealand banks, I regard this (the Reserve Bank allowing covered bonds) as regulatory capture by the banking industry, which will put at increased risk the savings of myself and other ordinary New Zealanders in a similar position," Bertram says.

"I am unmoved by Reserve Bank speculation that diversifying the banks’ funding by the device of covered bonds 'may' benefit me and other depositors because it 'can potentially reduce the probability of a (bank) failure occurring'."

"The exchange of a clear and present watering down of the security of my deposits for an untested and hypothetical reduction of the probability of bank failure does not, in my submission, pass the most rudimentary cost-benefit test," adds Bertram.

Will the RBNZ Governor counter these truths with statements or actions? Never!

We certainly do get the politicians and bureaucrats we deserve. But I wish it wasn't so.

OMG if I had known of a date to make submissions by I would have opposed it too.

Gareth, as your article states
"The big four banks have already borrowed about NZ$10 billion through issuing covered bonds.'
It's already a done deal.   That's why there were so few submissions.

Why do the banks need this legislation now, if they have been issuing covered bonds since 2010?

They say investors want it because it will give them (the investors) more certainty.

Yep, but nobody else.

You have to be mad not to defect to a country offering to protect private savings from corporate indiscretion.

Just as Europe is about to crash and burn, with the UK and US in a similar predicament with their day in the spot light of debt crash just round the cornor. NZ politicians start down the same road of unleashing banks from legislation that was designed to protect savers, it will result in the same fiasco where banks will lend into a market that becomes a bubble and when it bursts the Government will run in to save the depositors in the process will run up the countries debts to unsustainable levels.
http://j.mp/L32BnJ

Covered bonds make bank failure more likely. Why? Because with them taking the best mortgages out of the equation, a smaller prercentage of the worse mortgages need go under for the public to get a whiff that their bank deposits are at risk, and start withdrawing them.