Bonds
Economist warns capital controls could see inflation in China spike and spread around the world, putting the Fed behind the eight ball as it tightens monetary policy 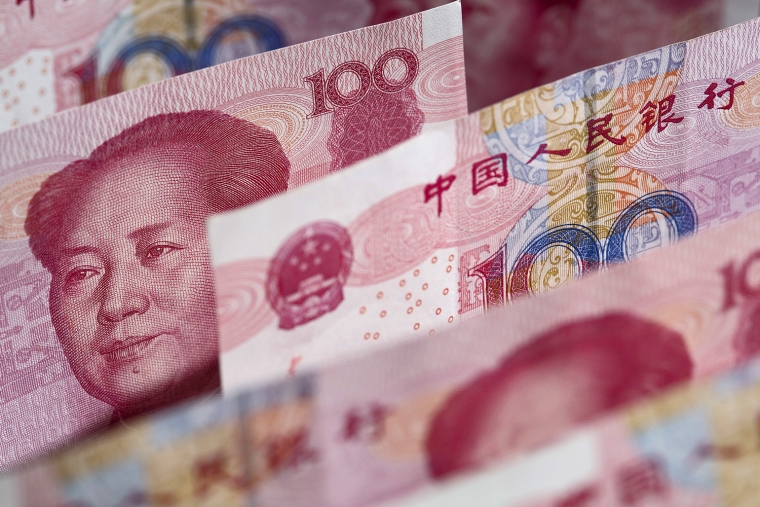 Forget Trump and Brexit, the flow-on effect from a possible spike in Chinese inflation is being dubbed the biggest issue facing the global economy.

Independent UK-based consultant economist, Andrew Hunt, fears China’s latest tightening of capital controls has gone a step too far and could cause inflation to soar.

Speaking at Nikko Asset Management’s Investment Summit, as well as to interest.co.nz, Hunt explains how this could exacerbate the already increasing price of Chinese exports and see the Federal Reserve hike interest rates in the US more aggressively than it has signalled.

Hunt sees a number of factors culminating to boost China’s inflation rate from around 2%, where it’s hovered for most of the year, towards the high single digits.

To begin with, he says that since trading with the West from the early 90s, China and South Korea have followed a “non-profit maximising model”. They’ve used huge quantities of credit to prioritise trade growth and employment over profit, pushing the West out of the manufacturing sector.

The issue now, is growth in world trade volumes has stalled and banks have restricted the amount of credit available to corporates. This has forced North Asia to re-think its export model and increase the price of its exports.

While Chinese savers have been looking for alternate stores of value - ie property in other parts of the world including New Zealand, iron ore, bitcoin - capital controls have closed China’s pressure valve.

Further to introducing major restrictions last year, Chinese citizens from January 1 have had to meet extra disclosure requirements when taking money out of the country.

While the quota for the amount they’re allowed remove has remained at US$50,000 a year, those who want to buy foreign currencies at banks now have to be more specific about what they’re buying it for. Chinese authorities have also upped punishments for illegal transfers of money.

Meanwhile, China’s central bank has said that as of July, banks and other financial institutions in China will have to report all domestic and overseas cash transactions of more than 50,000 yuan (US$7,201), compared with 200,000 yuan previously. Banks will also need to report any overseas transfers by individuals of US$10,000 or more.

With the controls reducing China’s annual capital outflows by US$400 billion to US$500 billion, Hunt says they have trapped excess money in the country. This is spurring stimulus and inflation, which he believes will be exported around the world.

Making up 16-17% of world trade, he says China sets the prices of much of the world’s goods, so a change in China’s inflation profile enters the global supply chain quickly.

“And you can see this almost ripple effect of: Chinese inflation, Chinese export prices, world trade prices, US import prices, US PPI [producer price index] and now you’re seeing it in the retail sales data in the US that clothing prices are up, etc.”

Hunt says Chinese inflation has/will have a much larger impact on the world economy than the likes of Brexit and Donald Trump promising to revive the US manufacturing sector.

“We’ve had 20 years of service sector inflation in the US, in NZ and the UK and everywhere else, and that was offset by falling prices in China. If Chinese prices are staying still, then US inflation goes from 1.5% to 2.5% just arithmetically,” Hunt says.

“If China starts to export inflation, then you could be at 3% headline inflation in the US quite quickly, at which point the Fed’s behind the curve and the big question is: When does the Fed put its hand up and say, ‘You know we promised you two rate hikes in a very soft, fuzzy, friendly way over the next 12 months. Well sorry - it’s four. And I’m not going to tell you when they are because I need them to be effective’.

“That could change the whole valuation basis, the whole flow of funds basis and financial markets as we saw in 2007.

“At the beginning of 2007, the Fed was going to raise rates once or twice, bonds were going to be stable, and inflation wasn’t going to move at all. The housing market was priced for that - particularly the mortgage market. But it turned out that Chinese export prices rose 4%, US inflation went up, Treasury sold off, mortgage rates went up, and the housing market collapsed.

“China has the ability to force a surprise on markets.”

Hunt doesn’t believe the RBNZ will find itself in the same position as the Federal Reserve, in being behind the ball when it comes responding to Chinese inflation.

While US house prices have recovered from the global financial crisis, they haven’t shot up to the extent they have in New Zealand. Unlike in New Zealand, he says in the US there hasn’t been an increase in household debt and mortgages, relative to incomes either.

Therefore, Hunt maintains any drastic rate changes from the RBNZ would “create some real misery for people”.

Someone might be “left with a mortgage nine times their salary and a house that’s worth seven times their salary”. This would technically leave them in negative equity, “otherwise known as a world of pain”, he says.

“I think the RBNZ is probably aware that if you are going to tighten, you’ve got to do it right.”

“I think immigration [into New Zealand] could well slow if Australia’s picking up. Tourism I gathered has been a little bit softer, and we’ve seen those weak retail sales. I think New Zealand has lost momentum already and the terms of trade haven’t been as positive as Australia’s.”

But, but, ... for years we have been told that the RB and banks will be forced to hike interest rates due to global movements regardless of NZers debt levels?
NZer house buyers have had to contend with globally induced house price super inflation, leading to jumbo Auckland mortgages.

If Andrew Hunt is correct, the NZ housing market is in MUCH bigger trouble than anyone currently predicts.

This could also cause devaluation in NZD because there won't be the carry trade.

Yes we are in BIG trouble take a look at the graph in this article where NZ is the most over extended:-

Interesting comment from your link:
Which is the kind of comment frequently on Interest:
That many people, potential immigrants, long term visitors are prepared to pay a high price for the following: [so maybe a crash is not imminent]
. speaking of NZ, Aus, Canada etc

"clear rule of law, high levels of public safety, stable politics, strong property rights, independent courts, universal education and health care, healthy environments (air, water, food, soil, etc) and, of course, English. These factors differentiate the four nations from the rest of the world, and many people are willing to pay a lot to live and raise their families under that umbrella of social well being."
.
Question is: how long will NZ maintain the above values?

It also highlights again that it's an act of pure dollar-driven selfishness for the generations born at the right time to throw open the gates without limit to drive their own portfolios up in value, at the expense of young generations of Kiwis.

A good article. This is one of many possible scenarios that could eventuate over the coming couple of years. The problem being, none of those possible outcomes read well for NZ housing.

Very very interesting article, scary too, we are so indebted that if interest rates rise 2% from where they are now, there will be blood on the street

The thing I wonder on is the multiplication effect of rising the OCR as it doesnt just effect the housing market directly. So by this I mean if the OCR goes up 2% then the mortgagor suffers up front sure, but then those over-indebted spend less on food, services and products. Suppliers of these already struggling see a) their borrowing cost rising, b) now find they are selling less as demand drops and decide to downside shedding jobs. c) Those mortgagors now are defaulting as their job have gone, or they take a new job but earn less so have to sell up at a loss, or eventually default. Then your house is in severe negative territory and faces being so for decades being declared bankrupt starts to look a less painful option.

If it was me as the RB I'd be petrified of causing this scenario, and if not they should be.

The fact that they didn't want to move preemptively like they have in the past shows some awareness of the risks. They will also enjoy being within the inflation target range even though it's completely outside of their control at this time.