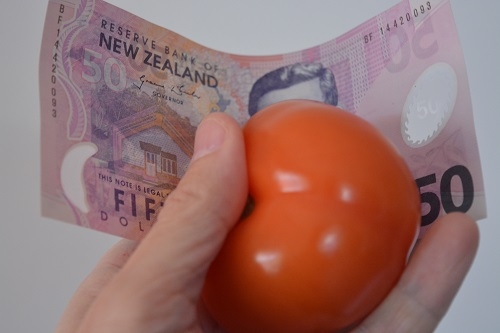 The debate that rages in the US economy between the financial/investment markets and the Federal Reserve is whether the softer economic/inflation data recorded through the April/May period is merely temporary (the Fed’s view) or permanent (the market’s view). Latest US economic data suggests that the Fed are on the right track and the markets will soon be forced to change their outlook.

Here in New Zealand there is also a massive divergence in view between the financial markets and the central bank.

The RBNZ have stated that they see the sudden and sharp increase in inflation during the March quarter as a temporary blip that will quickly right itself with prices in the economy decreasing from the current 2.2% annual inflation rate.

A major cause of the inflation increase over the March quarter was higher food prices, particularly fruit and vegetable prices.

Food prices continued to increase through the April and May months as adverse climatic conditions reduced the supply of fresh vegetables.

We will see what happened with food prices in June with the release of the Food Price Index this Thursday 13 July.

Anecdotal evidence from those doing the weekly supermarket shop suggests that prices have stayed up or have moved even higher. No evidence at all of the RBNZ’s anticipated quick reversal in the March price spike.

What has moved in the RBNZ’s favour is lower oil prices feeding into lower petrol pump prices with the NZD/USD at the upper end of its trading band aiding the fuel price declines.

The debate here is if and when will the RBNZ be forced to change their forecast of inflation reducing to 1.1% by March 2018?

The RBNZ’s current forward guidance is that there will be no OCR change until 2019.

The local short-term interest rate market is pricing the first OCR increase in May 2018 and another 0.25% lift in September/November.

A fall in the exchange rate TWI Index to well below the 76.00 level the RBNZ apply for their current inflation forecasts would certainly cause a RBNZ revision. However, right now the TWI Index remains well above the expected track at 78.25.

Whether RBNZ monetary policy changes, and signalling is affected, by the change in Governor to Grant Spencer for an interim period of six months from September is also a matter of some conjecture.

The June quarter’s CPI inflation release on Tuesday 18 July may well hold the key to whether inflation is reversing back down again or staying up.

The RBNZ forecast is for a +0.30% increase, leaving the annual rate at +2.10%. If the actual result is well above the +0.30% forecast it is going to take some flat to negative quarterly price changes over the remaining three quarters to reduce the annual inflation rate to 1.10% level by March 2018 as the RBNZ forecast.

My view is that crude oil prices would need to fall to well below US$40/barrel to have any chance of the RBNZ inflation forecast being accurate.

I just do not see that happening anytime soon. 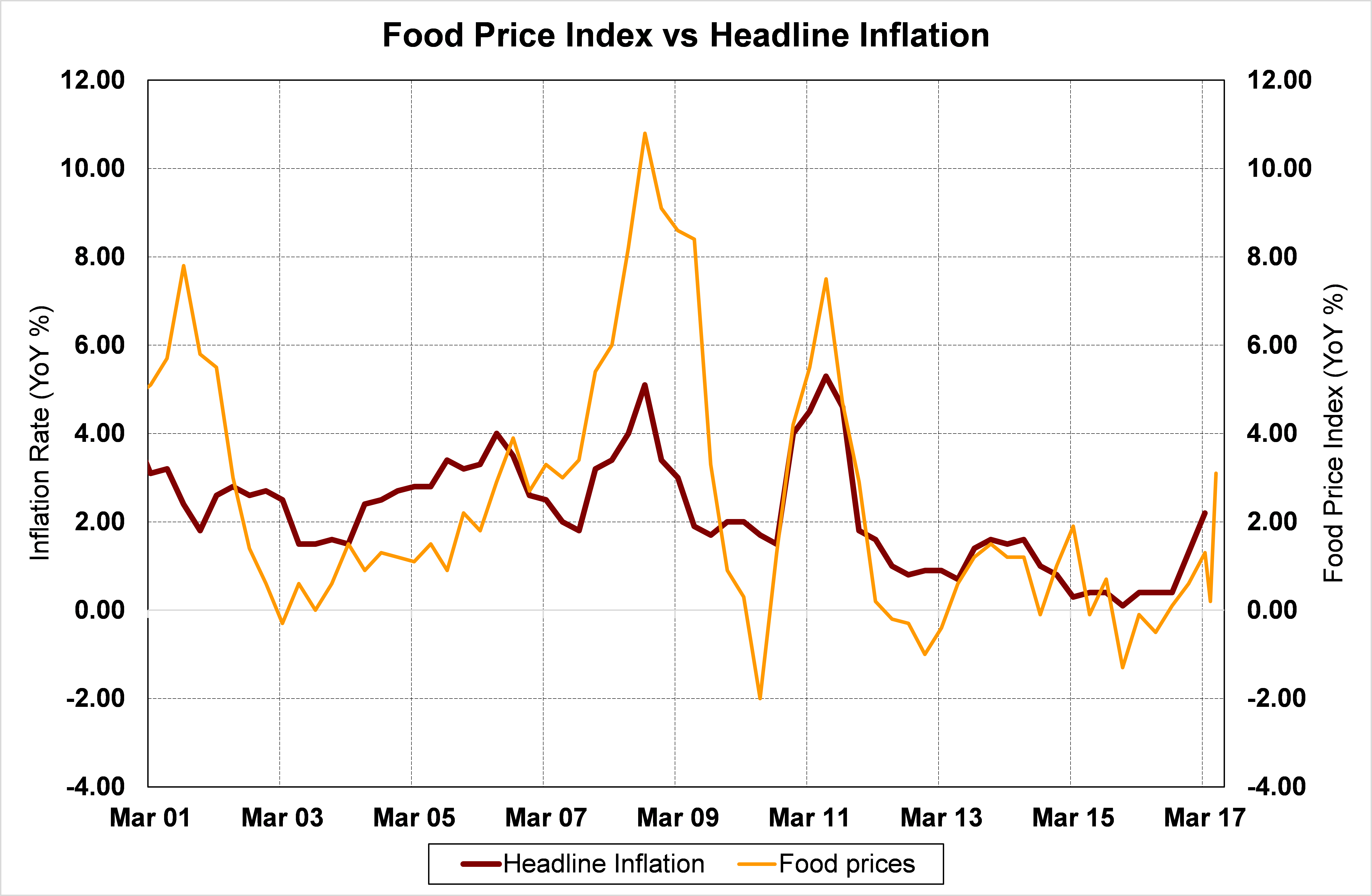 Roger is our inflation bogeyman .

He could be right but I strongly suspect the fresh food price increases are more ( winter ) seasonal than entrenched , and of course as he pints out , the floods and wet period we say recently wreaked havoc on food producers

Put it this way , lets hope he is wrong , because fresh produce is big part of lower - income spend

Stats NZ does a great infographic for CPI. Looking at Interest .co grocery shop graph which resembles the fins of a fish , falling transport costs and the usual yearly split in food prices, suggests that most of the food spike will be reversed within the next two quarters. The recent decline in petrol/diesel prices has been significant and will detract from CPI in the next two quarters. If you cannot afford apples at $5 kilo , most will stop buying or change.