BNZ's Stephen Toplis outlines case for the RBNZ to cut the Official Cash Rate, if taking a purely 'mechanistic approach' to monetary policy

BNZ's Stephen Toplis outlines case for the RBNZ to cut the Official Cash Rate, if taking a purely 'mechanistic approach' to monetary policy 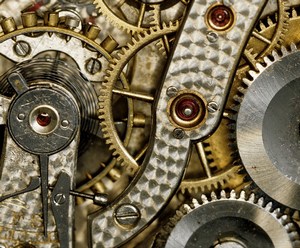 There is a case for the Reserve Bank to cut the Official Cash Rate (OCR) from its record low of 1.75%, says BNZ head of research Stephen Toplis.

This case, Toplis says, is based on weaker than expected inflation, a strong New Zealand dollar, and a housing market that's softer than the Reserve Bank expected.

"A purely mechanistic approach to monetary policy would now argue for a cut in New Zealand’s cash rate," says Toplis, whose criticism of the Reserve Bank courted the wrath of Governor Graeme Wheeler earlier this year.

Toplis points out that at the time of the May Monetary Policy Statement, the Reserve Bank was clear in its message that there was an equal chance of a rate cut as a rate hike.

"Since that time the balance of economic data that we have received suggests that the RBNZ should be lowering its CPI inflation forecasts to levels that are not only well below the mid-point of the RBNZ’s target band [between 1% and 3% on average over the medium term] but staying there for some time."

The latest official inflation figures showed a quarterly seasonally adjusted CPI reading of negative 0.1% and an unadjusted reading of 0.0%. This brought annual inflation for the year to June to 1.7%, down from 2.2% in the March year. The Reserve Bank's own forecast of 0.3% quarterly inflation came in its May Monetary Policy Statement.

Toplis says that although much of the fall stemmed from plummeting petrol prices, because headline inflation impacts inflation expectations and wage setting behaviour it still matters.

"Also there were some other one offs, namely fruit and vege prices, which provided a partially offsetting shock. Moreover, for the first time in seven quarters, the RBNZ’s, somewhat esoteric, but preferred, core measure of inflation (the sectoral factor model estimate) fell. Not only did it fall but at 1.4% it’s well shy of the 2.0% target. To cap things off, it seems to be a measure that is hard to budge with the annual reading having been in a range of 1.2% to 1.5% for 22 quarters," he adds.

"Assuming no reversal of the 'shocks' that impacted the second quarter’s outturn, the RBNZ’s annual CPI inflation projection would fall to 0.7% by March 2018."

Meanwhile, the Kiwi dollar has again “misbehaved," with the Trade Weighted Index (TWI) at 79.16, 4.5% above the level assumed for the September quarter by the Reserve Bank.

"Our back of the envelope calculation combining both the starting point adjustment and the currency impact, and excluding all other factors, would produce a new RBNZ track something like that in the graph below," says Toplis.

This, Toplis argues, provides room for the Reserve Bank to justify cutting the OCR.

"But it doesn’t end there. The spread between lending rates and the OCR have been widening suggesting that the RBNZ has witnessed a tightening that it didn’t deem necessary. This adds to pressure for an offsetting rate cut."

"And last but not least, the housing market must surely have softened more than the RBNZ had assumed when it put together its May forecasts. This may, or may not, matter in a strict inflation outlook sense but we, amongst others, have argued that rampant house price inflation would restrict the RBNZ’s ability to cut rates if for no other reason than the threat to financial stability that such a cut would generate. While one can still argue that house values are too high, the argument for not cutting because of the state of the housing market is diminished," Toplis says.

The Reserve Bank next reviews the OCR on August 10 when it's also due to issue a Monetary Policy Statement.

The full Toplis report is here.

The BNZ economists still believe that RBNZ controls the global economy. An OCR cut won't affect inflation, all it will do is pump up house prices again as asset inflation is the only thing that the RBNZ is controlling right now.

I think it's time the Reserve Bank of New Zealand Act needs amendment to reflect improved understanding of how the OCR actually works.

Moreover, for the first time in seven quarters, the RBNZ’s, somewhat esoteric, but preferred, core measure of inflation (the sectoral factor model estimate) fell. Not only did it fall but at 1.4% it’s well shy of the 2.0% target. To cap things off, it seems to be a measure that is hard to budge with the annual reading having been in a range of 1.2% to 1.5% for 22 quarters," he adds.

A stream of OCR cuts have hardly wrought the desired and expected "stimulus" outcomes the RBNZ persistently, and yet erroneously claims are dependent on lower official interest rates.

David's articles covering the current position of mortgages shows little stress and therefore little dependency on lower interest rates. There's room to move the OCR up slowly without breaking anything on the way up. I'm sure we'll see more tears from the BNZ in the future.

We saw yesterday that borrowing for housing grew by 7.7% in the 12 months to June, this is still far far greater than the growth of incomes. How could the RBNZ responsibly reduce the OCR with that level of unsustainable borrowing continuing on.

Exactly Peri, makes you wonder what level of private sector debt growth we apparently now need to stop the economy falling into a hole. Over 30 billion mainlined into the economy through private sector debt growth last year and inflation is nowhere to be seen - perhaps the whole theory is wrong.
Mind you, expecting wages to grow with government policy giving Kiwi employers access to umpteen billion third world workers is unlikely to say the least.

Yes, apparently hourly wages are going up at only +1.6% pa, but because NZers are working longer hours +3.8%, our incomes rising at +4.8%. But even if you accept the 4.8% figure, the ratio of debt growth to income growth is 1.6, which is still too high.

Sorry I can't get your point.
I just pointed out that debt growth as a percentage of the economy and peoples income is not 7.7%.
It's approaching 12% of turnover (or GDP which automatically includes changes in income/expenses and population) at over 30 billion per year. What have house prices or population changes got to do with it.

I think 4.8% is a reasonable number for comparison, nominal GDP rose only 4% for the same period

In March 2016, the ECB imposed a third addition to NIRP, bringing the deposit account rate down to -40 bps. Two months later, in a speech delivered in Frankfurt, the ECB chief said:

"They [low interest rates] put pressure on the business model of financial institutions – banks, pension funds and insurance companies – by squeezing interest income. And this comes at a time when profitability is already weak, when the sector has to adjust to post-crisis deleveraging in the economy, and when rapid changes are taking place in regulation."

But why are interest rates (non-policy) so low in the first place? If NIRP isn’t working as sufficient penalty to get banks to overcome grave reservations in light of risk-adjusted returns, someone needs to answer for that. Draghi blamed a familiar central bank standby, resurrecting a middle 2000’s staple of Federal Reserve ideology.

"There is a temptation to conclude that since very low rates generate these challenges, they are the problem. But they are not the problem. They are the symptom of an underlying problem, which is insufficient investment demand, across the world, to absorb all the savings available in the economy."

Mario Draghi actually said that Europe, as the rest of the world, is once more captured by a global savings glut or something like it. There is, in his view, insufficient “demand” so that investment might rise as all these savings are put finally to good use. Therefore, monetary policy must increase “aggregate demand” in whatever ways possible so as to normalize this harmful imbalance. Read more

And only yesterday an ex NZ central bank employee made this claim:

If textbooks are, for example, really still teaching the money multiplier as the dominant approach to money, so much the worse for them. But as I pointed out to him, that was his problem (as an academic working among academics): I wasn't aware of any floating exchange rate central banks that worked on any basis other than that, for the banking system as a whole, credit and deposits are created simultaneously. He quoted the Bank of England to that effect: I matched him with the Reserve Bank of New Zealand. Read more

This tit for tat claim is hardly consistent with an RBNZ assertion in last November's FSR report that:

However, banks in New Zealand appear to be relatively efficient in the core intermediation
role of receiving money in the form of deposits and recycling that money via loans to creditworthy borrowers. Page 35 (37 of 60)

It is really amazing to realise that the "savings glut" that central bank governors have been banging on about is nothing more than excess money creation resulting from bad lending on unproductive assets.
While the RBNZ holds tenaciously to the intermediation codswallop, at least more central banks are saying they get it. See this from a Norwegian Central Bank speech in April this year:
“When you borrow from a bank, the bank credits your bank account. The deposit – the money – is created by the bank the moment it issues the loan. The bank does not transfer the money from someone else’s bank account or from a vault full of money. The money lent to you by the bank has been created by the bank itself – out of nothing”.
http://www.norges-bank.no/en/Published/Speeches/2017/2017-04-25-dnva/

National says the economy is doing well....the rock star economy is the tune is starting to change. Going to be the new norm low interest rates and sluggish economy low inflation. Too much debt out there.

With floating mortgages of 5.95% and personal/ business loans at 15%+, interest rates are still being maintained a a high level.

Hilarious. The "mechanistic", two-dimensional central bank thought processes that have been exercised through low interest rates for the last 10yrs are a complete and utter failure, and he wants more of the same? Great job and great result...most western govts and pensions/savings funds on the brink of insolvency due to this stupidity. Well done....