One of the country's largest retailers has provided details of how much of the $6.6 billion Government wage subsidy it has received and where it has gone

One of the country's largest retailers has provided details of how much of the $6.6 billion Government wage subsidy it has received and where it has gone 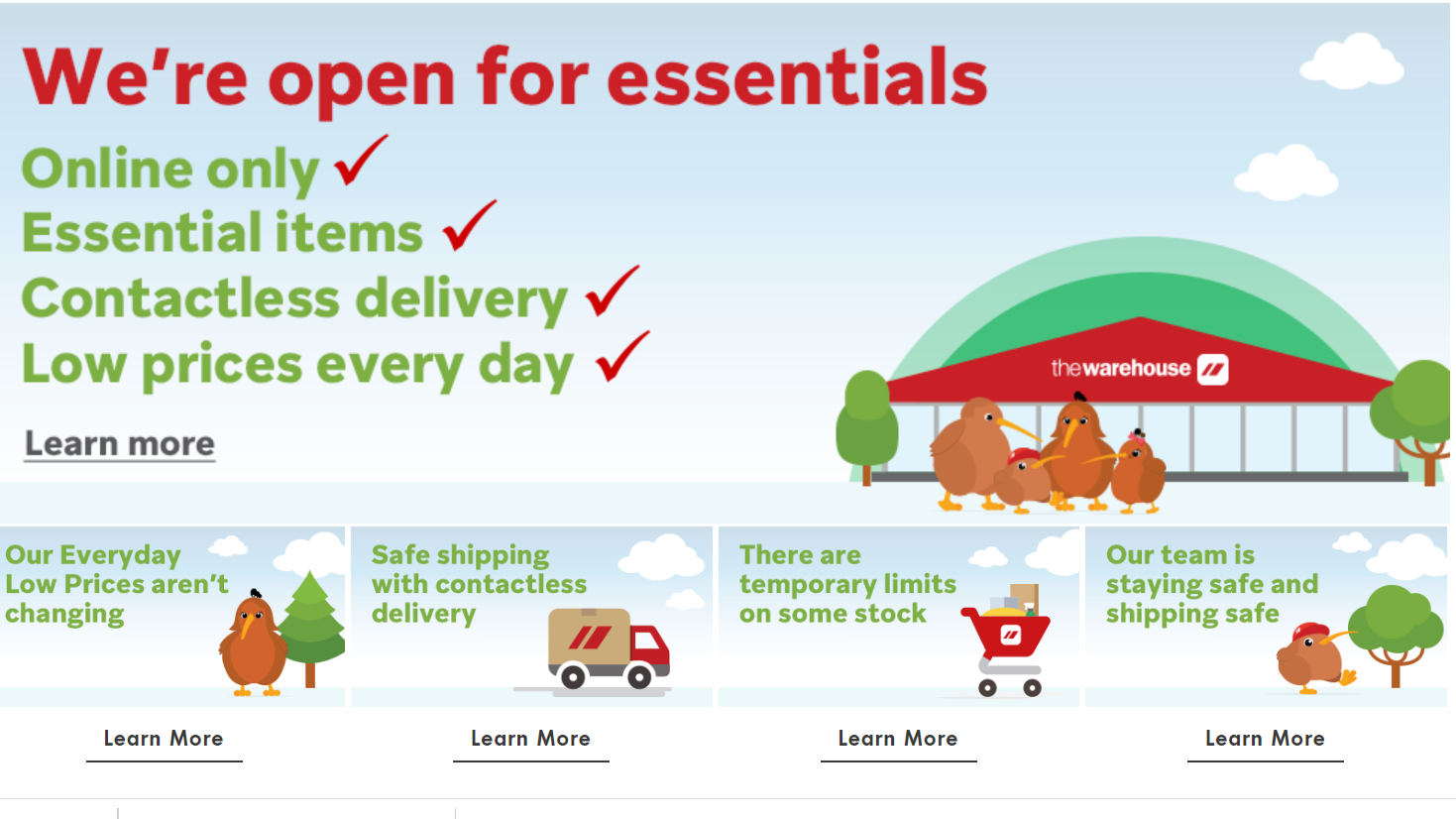 As we know, the Government this week outlined that to date it has paid out a massive $6.6 billion in wage subsidies for over 1 million Kiwis representing over 40% of the workforce.

That's a lot of money to a lot of people.

If like me you struggle to get the grey matter around such mind-boggling large numbers, you might find it informative to have a look at how such numbers are reflected within one business - albeit a fairly large one.

On Thursday The Warehouse Group provided a business update to the NZX.

The company's retail outlets are closed but the group’s brands are now operational in a limited capacity for essential items only (both online and available to be contacted over the phone) after agreement from the Ministry of Business, Innovation and Employment (“MBIE”).

The company stated early on that it was intending to pay its 11,000 staff full wages during the four-week period of the lockdown.

Since then it has applied for the Government’s wage subsidy scheme.

And the company says it has received $67.7 million in total to support its employees over a 12-week period.

"The receipt of this funding is crucial to the Group maintaining its workforce while stores remain shut and the Group thanks the government for this support," the company said.

The company has been working with its existing banking institutions and said it has secured $150 million of additional banking facilities, extending the total debt facilities available to $330 million.

"These additional bank facilities are currently undrawn and would allow for the refinancing of the Group’s NZX listed bond of $125 million that matures in June 2020."

It did occur to me, hearing about the endless trouble that Health Department seems to have matching Demand for everything from PPE to swabs, with Supply, in a DIFOTIS (Delivered in full, on time, in spec) fashion, that they might just have been better to leave the whole Inventorying thing to the logistics experts, which include the Red Sheds amongst many, many other private sector operators......
Heck, if Zuru, source of those execrable little balloons I pick up from the beach most every day, can charter a private jet for PPE and have it out there where it matters, then it does rather show up the public sector plodders, no?

Terrible idea. Chinese-owned enterprises in Australia have bought up huge amounts of PPE in the last 8 weeks and sent it back to China at the direction of the CCP. Now the Australians have a shortage and have had to pass legislation banning the export of PPE, customs are seizing it at the border. I'd side with the Government looking at the whole supply and demand chain over companies acting in their own interest with a limited view in this case.

I hope worldwide nations started to realise for certain basic important necessities, they should not be all sourced to lower wages economy, build each countries resilience..globalisation is just an excuse to shifted into 'cheaper wages, cheaper regulatory control' - But on different stories, this is just a start, to stamp out future unknown outbreak:
https://www.stuff.co.nz/world/asia/120952627/china-moves-toward-ban-on-e...

Here's an idea ........The NZ BUSINESS COMMUNITY could start by bringing all those callcentres back onshore to create jobs , that will take up a few tens of thousands of workers post Covid

I am suggesting all the 0800 numbers ......... the Banks , Oil Companies , Spark , Vodafone , Xero etc bring customer support jobs back home

That's sort of happening already as businesses realize that it's a marketing point for them - I've called several organizations recently and been informed that I'm being transferred to a member of their on-shore call center.

The majority 'immediate main recipients' for all those payment subsidy? (borrowed loan to be re-paid by all future tax payers) surely will be the 'private & commercial landlords and Banks' - As we all knew the past 10-20yrs this country has geared up heavily towards the Finance, Insurance, Real Estate productivity economy. If not mistaken almost around 65-75% of any previous incomes goes to pay for the rent, commercial leasing & banks mortgages - so 'contractually' in proportions to what those subsidy recipients received? Yip, same % ratio above goes to.. that 'contractual obligation'.. here? the Landlords & Banks, can claim they too 'bleed as part of their contribution' - May be? it's a time for those essential renters workers troop (eg. rubbish collectors, doctors, nurses etc.) to demands more, off course the answer will be: 'another future tax payers subsidy' - This is the Very Essence what most of the property/RE bull promoted on this website: Whichever you look at it? RE will always came out as the 'winner' in FIRE economy - Every governance level, economist, think tank, banks, central bank, local councils, already/would be/should be part of the participant in this Wealth ponzi scheme, 'you'll be an outsiders until you decided to join in the club' - Therefore, you started to realise those magnitude of 'collective sub-conscious' in decision making process. It's all about 'self preservation mode', and in grand scheme of 'too big to fail' they all label it as 'for greater good of all/nation'.. Nice..nice.. - for PR purposes, in the near future, only 'minor losses' from RE industries nationwide.. but the report would be 'dramatised' in order to gain public sympathy.

Why is it that when, on the various Zoom meetups etc, I ask my friends who is still working, many of them say yes flatout, but when I type their employers' names into the wage subsidy search tool thay have all been paid incredible sums of government money?

I think the subsidy was available to any enterprise that showed a drop in turner of more than 30 percent or a forecast drop in turnover of more than 30 percent due to the Corona Virus. So in this scenario the staff may be working at home full time, the company has been hit badly by the virus and this supports them just like it supports businesses that have had to fully close for the lock down.