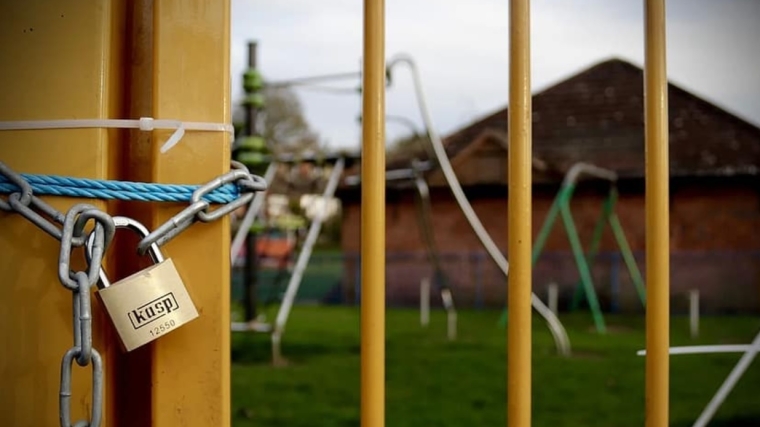 ASB economists are estimating that continuation of the current situation - with Auckland in a level 3 lockdown and the rest of the country on level 2 - would produce a weekly hit to the economy of 0.15% of annual GDP.

In dollar terms that would be just under $440 million a week.

The economists have crunched the numbers to produce a variety of scenarios and impact on GDP. And the imacts are large.

ASB estimates if the the whole country, including Auckland, was on level 2, the impact on the economy every week would be a hit of about $166 million - which emphasises what an impact Auckland has on the country's economy as a whole.

And senior ASB economist Mark Smith says if Auckland's current lockdown moves to level 4 - and the rest of the country stays at level 2 - that would increase the weekly GDP hit to nearly 0.25% (over $700 million a week).

Smith says Auckland may be just one of the 16 major regions in NZ, "but it has significant economic weight".

"According to official estimates, Auckland accounts for broadly 38% of NZ’s GDP and around 33% of employment and one-third of out nationwide population. The economic structure of Auckland differs from that nationwide, with the primary sector (2% of regional GDP) constituting a smaller proportion of nominal GDP than the nationwide average, with proportionately more economic activity concentrated in the goods (27%) and services sectors (71%)."

Smith says while it may feel like "we are back to square 1", the lockdown in March provided us with a "crash course" in doing things differently.

"New Zealanders and businesses have learnt a lot from the previous lockdown experiences and should be more resilient to this latest wave. That will particularly be the case for businesses outside of Auckland, which are still able to operate albeit with distancing restrictions."

This latest lockdown was a firm reminder that we do need to be well set up to conduct our usual commercial interactions under a range of operating conditions, Smith says.

"Being able to readily adapt workplaces to enable distancing and switch to digital channels where feasible are important parts of this. Contingency planning remains important."

'Govt needs to refine who can operate'

It would also be a good time for the Government to consider refining what sectors are allowed to operate under the more restrictive alert levels, Smith says.

"A lot of the economic damage from lockdowns will occur at Alert Levels 3 and 4 for non-essential businesses.

"A greater focus on industries that can work safely under prescribed conditions would help to reduce the economic cost of fighting Covid if this lockdown is more enduring or if future lockdowns become more common.

"NZ does not have the same financial strength it had going into the first lockdown.

"Refining our approach will help ease the burden."

"NZ does not have the same financial strength it had going into the first lockdown."

Everyone up for a Pyrrhic victory? Let's manage this with a bit of intelligence.

Doing this every 6 months is not sustainable. We got it to zero the first time at enormous cost, it still came back despite our best efforts.

The rest of the world is gradually moving on, we are stuck in this immature eradication mindset replete with hammy sports cliches and a smiley veneer.

I see our health system is back to "emergency care only", anyone tallied up the impacts of that on our population?

ZS, I have to admit I had to google "Pyrrhic" victory, a word very wisely used in your sentence. Thanks for educating me

"A greater focus on industries that can work safely under prescribed conditions" - yes, but with a Gubmint packed with zealots and ideologues, and hence with business-savvy types very thin on the ground, I wouldn't bet the farm on anything remotely as sensible as That anytime soon....

Stockholm syndrome is paradoxical because the sympathetic sentiments that captives feel towards their captors are the opposite of the fear and disdain which an onlooker might feel towards the captors.

I think MOH are being more sensible about it this time round. Varying lockdown regionally.

We just blew $200 Billion of our unborn childrens money on proving isolation doesn't work. Let's do it again!

Indeed. Can't we get back to mortgaging their future the preferred way - by getting them to pay more and more for houses, so we can live up large now? This financial impact to our lifestyles now is rather unsavoury.

You're out of your mind. Isolation gave us 102 days of Covid-free, pretty much back to normal economy. 102 days closer to a vaccine / treatment. Anyone in the world would be grateful for such a result, yet some people here in NZ think this is somehow a terrible outcome. You guys are nuts.

You're nuts for thinking a vaccine is just over the hill

I said vaccine / treatment. And yes, I do think a vaccine is possible, even if a jab only works for a couple of months. But we'll see.

Of course it's possible, as is not finding one. How about our "normal" economy?

Assuming Ll 1 is the baseline?

So... just to get a clearer perspective, what percentage of the GDP was pumped into the virtual house price increases over the past decade?

Interesting this gets released just today including both nationwide and regional data, makes them look like they are more scared about the state of economy than they would be comfortable to acknowledge.