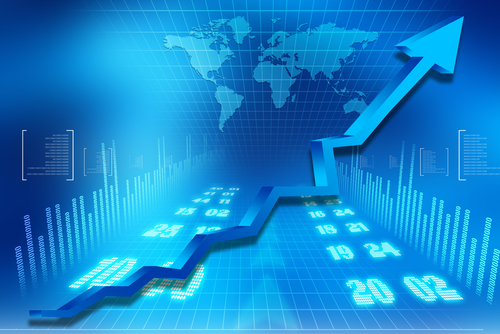 Kiwi businesses are more confident about prospects than they have been since 1999 - but they are also expecting inflation to start rising.

ANZ's July Business Outlook survey has found a net 53% of survey respondents expect better times ahead - up 3 points from the June survey.

"This is the highest level of headline confidence since April 1999," ANZ's chief economist Cameron Bagrie said.

Profit expectations of companies have also hit a 14-year high.

"Sectoral confidence clustered together in the latest month: that’s a sign we could be getting more in sync, symptomatic of a broader expansion. Firms’ assessment of their own business situation remains high, easing just one point from last month’s three-year high to a net +44 in July."

But Bagrie said this "solid momentum" came with a warning.

"Inflation expectations were unanimously higher in July," he said.

"Overall inflation expectations lifted to 2.4%, led by a 2.6 % rise expected by the construction sector.

"The level is still low, so let’s not get overly excited. But a turning point may be upon us.

"A net 30% of respondents expect to raise their prices over the next 12 months, and across sectors we’re seeing an increasing concentration expecting price rises."

"Our composite growth indictor is signalling a 3.9% lift in economic growth by year’s end. The economy doesn’t have the capacity to grow that fast sustainably, and such a rate still looks somewhat rosetinted to us. But there is no doubting the economy still has that better feel under the bonnet."

Bagrie said there are some obvious reasons for optimism.

"House prices are up, interest rates are low, dairy prices are high, net migration is rising, we have a city rebuild underway, and the global scene is reasonably stable (for now).

"Time can be a great healer, and pent-up demand can quickly be unleashed when confidence is elevated for a sustained period.

"We also put it down to the obscure and somewhat unappreciated.

"It starts with doing the basics well. The good news is that NZ has being doing precisely that. The national balance sheet has improved (albeit from awful to poor). Corporate NZ is a leaner economic machine than it was in 2008. Complacency is being weeded out: our fabled period of grumpy growth had some virtues.

"NZ firms are showing more evidence of execution in the Asian opportunities arena. The rural sector has shifted up a gear. We have a political arena fraught with electioneering but still showing leadership prevailing over populism. It’s a combination businesses across the Tasman are starting to look at with some envy."