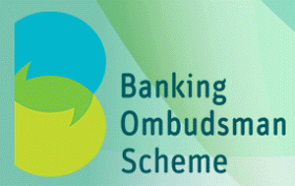 Banking Ombudsman Deborah Battell says the Responsible Lending Code should treat all lenders and borrowers the same, but payday lending deserves to be singled out because of the high risks it has for borrowers.

"While the Responsible Lending Code is not legally binding in itself, the Code will be a relevant standard against which the Banking Ombudsman Scheme will assess participant conduct when considering complaints. The Code will provide us with a key benchmark against which participants’ conduct will be measured."

Her submission goes on to say there's no reason to treat different types of lenders or borrowers differently. However, she argues some types of lending involve more risk than others.

"Therefore there may well be good reasons to single out certain types of lending or agreements, particularly those identified as taking advantage of consumers or that frequently give rise to complaints about irresponsible lending," says Battell.

"So I cannot be more specific about the types of lending that should perhaps be singled out," says Battell. "(But) I had in mind the issues with 'payday lending' or the practices of so-called 'loan sharks', including lending targeting vulnerable customers and involving excessive annual interest rates."

Battell's core view on treating all lenders and borrowers the same contrasts with that of bank lobby group the New Zealand Bankers' Association. In its submission the NZBA says responsible mainstream lenders such as its members already have systems in place to ensure they lend responsibly. It's therefore advocating for a principles based Code for banks, but a more prescriptive approach for payday lenders.

NZBA also argues that lenders should have fewer responsibilities when a borrower is experienced, including if a borrower has held that type of product before, or receives legal advice about it. Here's our story on NZBA's submission.

The Responsible Lending Code is being introduced after the passing of the Credit Contracts and Financial Services Law Reform Act in May, and follows the adoption of such codes in both Australia and Britain. The Code is expected to be issued next March and come into force next June. The idea is it'll help lenders comply with the responsible lending principles set out in the Act.

Battell advocates for "sufficient flexibility" in the Code as opposed to a prescriptive approach.

"The Code should provide a clear benchmark for the industry, and assist lenders to act reasonably and to exercise the care, diligence, and skill of a responsible lender. The Code may also provide guidance for dispute resolution schemes in assessing complaints about lending practice, enabling consistent decision-making," she says.

"However, a prescriptive approach risks not effectively capturing all the circumstances that may arise and therefore not adequately protecting the interests of consumers or making it unduly restrictive. A principles-based approach will also provide the flexibility necessary for dispute resolution schemes to make appropriate decisions on individual cases and circumstances," says Battell.

More than ticking a box

Another point Battell makes is that whatever way credit is provided, customer application processes should involve more than the customer ticking or clicking a box to suggest they've read the terms and conditions.

Actually "ticking the box" is a bit dodgy under NZ law.  Has the person been properly advised on their legal responsibilities and rights for this contract?  The party preparing the contract has obviously had that advantge, have they ensured the "ticking"/signing party has sort independent advice and/or knows the contract law well enough that they can be considered an informed and/or equal party to the contract?
Given that all the happens is it needs a tick to move on, then I seriously doubt it.

Note: I am not a lawyer or solicitor or barrister and not qualified to give legal advice (no, not even to myself.)

Unbelievable that the Banks dare to ask for special rules for them vs short term lenders.

Banks need to comply like everyone else. Probably more so.

Banks have shown no reason to be assumed to be responsible lenders - quite the opposite.