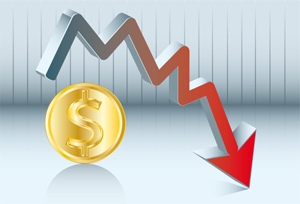 More talk of cuts to the Official Cash Rate (OCR) this year have triggered a hefty weakening of the New Zealand dollar (NZD) today.

The NZD plunged from 74.9 US cents when markets opened this morning, to a low of 73.8 US cents later in the day.

The movements follow ANZ economists this morning picking that the Reserve Bank will be forced to drop the OCR, currently at 3.5%, as soon as next month, and follow up with a further cut in July.

ASB senior economist Jane Turner says; “The market participants are reassessing the probability of rate cuts from the Reserve Bank of New Zealand”.

She says; “Additional stimulus in China should help support growth. While the timing of the rate cut may have come as a bit of a surprise, the thought that there would be further rate cuts was anticipated by the market and ourselves.

“So we don’t see that as a key driver of the market reaction. In the medium or long term, we expect this will be positive for the NZD. We think the markets are fairly pre-occupied with the aggressive change in pricing.

As for the impact of Wall Street, Turner says the theme that we saw on Friday night was centred on the release of the US non-farm payrolls report.

“The result itself was largely in line with expectations, but the market focused on downward revision to previous estimates and softer wage growth. That did weigh on US Treasury yields. It suggested that the timing of Fed funds hikes is a bit further off.

“Usually the weaker USD would be supportive of the NZD, so clearly there’s been quite a change in sentiment from Friday through to this morning. It’s definitely a repositioning of the market based on RBNZ rate changes in our view.”

As for the week ahead, Turner expects continued downward momentum for NZ rates and the NZD.

Yet she says the release of the RBNZ’s Financial Stability Report on Wednesday could cause some volatility.

“Markets might be expecting some more action from the RBNZ, particularly around trying to rein in the property market.The market sees these measures as enabling the RBNZ to cut the OCR.

“So if they’re disappointed by any lack of announcement, you could actually potentially see interest rates lift and the NZD tick up.

“But in the absence of that, we expect that downward momentum to continue.”

Tuner says ASB expects the US economic data out this week to be a bit more positive. She says this could support the USD and weigh on the NZD in turn.

More misled fixed indebted gamblers about to hurt than not?

Where are those commentators who crowed that the high dollar showed the 'strength' of the economy? Are they now saying the drop means our economy's sinking? Most know its driven largely by interest rates. Risk putting a lid on the lolly jar, and the 'hot' money quickly moves elsewhere.

Meanwhile the GBP rises.
Great time for bringing back your pounds but it will get better still.