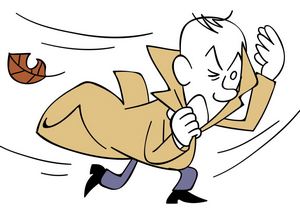 The country's biggest bank has posted a fall in quarterly profit and warned of "headwinds" for the New Zealand economy.

ANZ Bank New Zealand has recorded a $78 million, or 18%, drop in unaudited December quarter net profit after tax to $347 million from $425 million in the equivalent quarter of the previous year.

Prices fell in Fonterra's latest GlobalDairyTrade auction overnight suggesting the dairy co-operative is likely to need a further downward revision to its $4.15 per kilogram of milk solids milk price forecast for the current season. ANZ is New Zealand's biggest rural lender disclosing exposure of $11.3 billion as of last June.

BNZ's parent, National Australia Bank, yesterday said NZ dairy loans have pushed up its bad and doubtful debts. NAB said its ratio of 90 plus days past due and gross impaired assets to gross loans and acceptances was 0.68% at 31 December 2015, up from 0.63% at 30 September 2015. The increase stems from the inclusion of NZ$420 million of NZ dairy loans as impaired assets, but with no loss currently expected, NAB said.

Neither ANZ NZ nor its Australian parent, which issued a first quarter trading update today, made a specific reference to the NZ dairy sector.

'One in 10 farmers feeling the squeeze'

Federated Farmers said today a member poll shows more than one in 10 dairy farmers, or 11.1%, are under pressure from banks over their mortgage. That’s up from 6.6% in August and 7.6% in November.

“So far we’ve been pleased with the support of banks and their long-term view of the dairy industry, but when you’re talking about one in 10 farmers feeling the squeeze that’s a worrying statistic,” Federated Farmers dairy chairman Andrew Hoggard said.

“With prices not expected to recover until next year this increase in pressure from banks means farmers need to be even more pro-active around budgeting and scenario planning, and make the most of the support available from DairyNZ, accountants and farm advisors."

The Federated Farmers poll was conducted at the beginning of February. It had a sample of 1,225 members representing all 24 provinces and seven industry groups.

Impaired & past due assets fall

Meanwhile, ANZ NZ's provision for credit impairment more than doubled to $27 million from $13 million, which ANZ attributed to lower write-backs. The bank also said interest margins have contracted due to strong lending competition and a customer preference for fixed-rate mortgages.

'A number of challenges'

ANZ group CEO Shayne Elliott, who succeeded Mike Smith at the start of 2016, said: "With the environment presenting a number of challenges, the new management team has taken action to reduce costs, to tightly manage the credit environment and capital, and to simplify and reposition the business. Our performance in the first quarter was supported by strong expense and margin management, and further progress will be apparent in the Group’s financial performance during the balance of the year."

The ANZ group reported unaudited December quarter cash profit of A$1.85 billion up from A$1.79 billion in the same period of the previous year. Elliott said the total group credit charge will be "a little above" A$800 million in the first half-year compared to the consensus of analysts' expectations for A$735 million due primarily to loan exposure to manufacturing and trade-exposed sectors in South-East Asia, especially Indonesia.

“With prices not expected to recover until next year this increase in pressure from banks means farmers need to be even more pro-active around budgeting and scenario planning, and make the most of the support available from DairyNZ, accountants and farm advisors."

Where's the proof ?- blind belief in a failed growth forever on the horizon ideology doesn't cut it any more.

ANZ shareholders have done exceptionally well and they would now do well to take their profits , much like Auckland property speculators should be doing .

A NZ bank actually recording a fall in profit. Shall we frame it and put it on the wall?

How could Cameron Bagries' ANZ bank be facing headwinds when Cameron has for months been telling us that things are basically purring along nicely ????