Business
The RBNZ outlines its key assumptions on 4 key areas of the new government's policies including housing, migration, minimum wage increases and spending 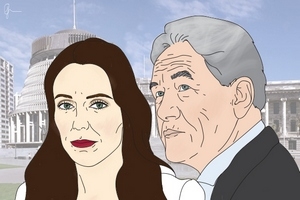 There have been significant changes in government policy since the August Statement. In this set of projections, we have incorporated the estimated impacts of four policy areas that are expected to have significant effects on the business cycle. These are:

The working assumptions outlined here are based on what we currently know of government policy given announcements to date. Consistent with the Bank’s standard practice, we have consulted with the Treasury on indicative estimates of policy impacts, and overlaid these with our own assumptions as to the business cycle and behavioural responses. The overall effects of these policies on the economy will depend on how private households and businesses respond. Taken together, the set of assumptions outlined below equates to more fiscal stimulus than incorporated in the August Statement.

The Government has announced an intention to build 100,000 houses in the next decade. Our working assumption is that the programme gradually scales up over time to a pace of 10,000 houses per year by the end of the projection horizon. Given existing pressure on resources in the construction sector, the aggregate boost to construction activity from this policy will depend on how resources are allocated across public and private sector activities. The Government intends to introduce a ‘KiwiBuild visa’ to support the supply of labour to high-need constructionrelated trades. While accompanying policy initiatives may alleviate capacity constraints to some extent, our working assumption is that around half of the proposed increase will be offset by a reduction in private sector activity.

The Government has indicated its intention to strengthen requirements for work and student visas, with an estimated effect of reducing annual arrivals across these visa categories by 20,000-30,000. In light of this proposal, we assume a faster decline in permanent and long-term arrivals in our projections than in August. Changes to visa requirements do not affect arrivals and departures of New Zealand and Australian citizens. We continue to assume only a gradual normalisation of net flows between Australia and New Zealand.

A higher minimum wage may also encourage workers currently outside of the labour force to enter, increasing labour supply, although labour force participation is already at a record level. In our projections, we assume the minimum wage rises by equal increments in each of the next four tax years. Allowing for only the direct impact, and accounting for the changes in the minimum wage already implicit in our projections, we assume this lifts annual wage inflation by 0.2 percentage points over the projection. We assume modest effects on labour demand and labour supply over the projection period.2

Steven Joyce is, unsurprisingly, having a crack at the new government;

The new Government needs to be much clearer on its spending plans so that public institutions like Treasury and the Reserve Bank have sufficient information to perform their roles effectively, National Party Finance Spokesperson Steven Joyce says.

“While the Bank is taking a steady as she goes approach at this point, it is clear that their economic forecasting is affected by a lack of clarity from the new Government as to their fiscal and economic plans.

“Yesterday’s Speech from the Throne contained 51 new spending commitments, which will put significant pressure on the Government’s spending track and net debt.

“The first Bill In Parliament this week seeks to legislate for $325 million of extra spending, without any reference to how this fits in to the government’s wider spending plan.

“The public will rightly be concerned that the large number of spending promises they have heard about could sacrifice New Zealand’s hard work to get back into surplus and start paying down debt.

“The irony is that in recent years all the economic risks have been offshore. Now just as the world economic outlook is strengthening, all the risk and uncertainty is being generated domestically by the economic opaqueness of the new Government.

“It is time for the Government to be much more transparent and start releasing more details of their fiscal plans.”