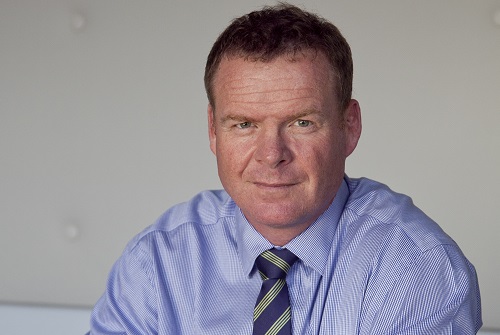 Rabobank New Zealand chairman Sir Henry van der Heyden said Charteris “will bring significant experience with Rabobank on both sides of the Tasman to the role of CEO, as well as a deep knowledge of agribusiness and extensive relationships across the global Rabobank network”.

“After a thorough selection process, we are very pleased to have identified a leader of Todd’s calibre, with his extensive experience and passion for agriculture to lead our growing New Zealand business,” he said.

Originally from a sheep and beef farm in Otago, Charteris has worked with Rabobank since 2000 – most recently as national manager Country Banking Australia, a role he has held since 2015.

Joining the bank as a finance officer in Te Puke, Charteris had progressed through a range of branch and regional roles on the east coast of New Zealand before moving to Australia to initially take on the position of state manager Victoria in 2012.

Charteris said he was looking forward to putting his international experience into practice in his home country of New Zealand.

“I am excited by the opportunity in front of New Zealand to set the pace as a source of sustainable, high-value food and beverage for the world. By standing alongside our farmers and agribusiness sector, and tapping into our global expertise, Rabobank can play its part to help our agri sector reach its full potential,” he said.

Charteris takes over the position from Daryl Johnson, who is leaving the bank this month after announcing his departure earlier in the year. Sir Henry thanked Mr Johnson for his contribution to the bank during his time as CEO.